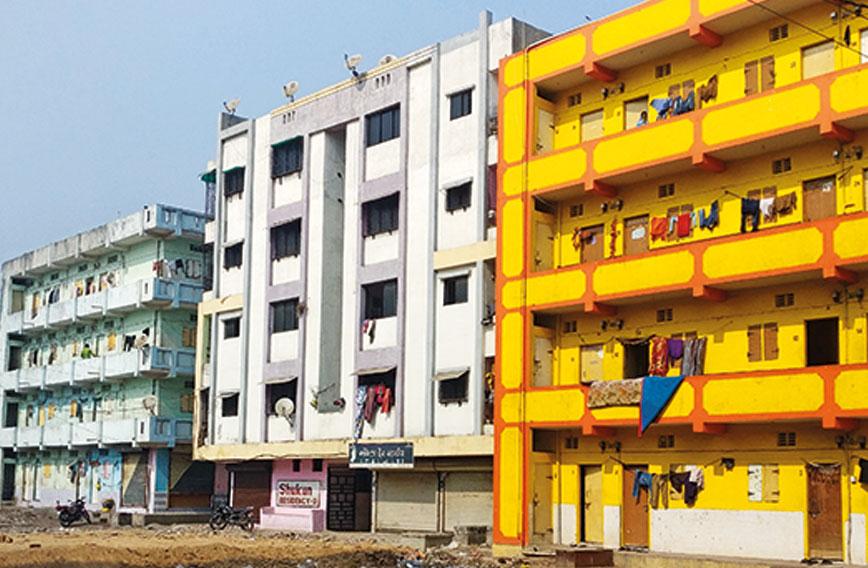 The government has been a game changer by setting a target to finance 20 million new homes for the poor in urban India by 2022, but are there things it can learn from the experience of entrepreneurs who have already shaped a market in affordable housing and finance?

For more than a decade, much before the launch of the Pradhan Mantri Awas Yojana (PMAY), builders and finance companies have been serving customers in the informal sector. These are people capable of buying small flats of 400 or 500 sq. feet and in need of loans as little as  Rs 4 or Rs 5 lakhs. They also mostly have undocumented incomes and no credit history to go by.

What began as a social initiative by the Inclusive Markets Team at the Monitor Group in 2006 has, over the years, added a new dimension to the housing industry which has been traditionally dominated by big developers offering expensive real estate and finance companies and banks serving the salaried and the rich.

The first project of 450 small flats was sold out in a flash and there were 9,000 potential buyers who went away disappointed. Since then there has been no looking back and a new league of builders and finance companies have innovated with strategies to serve the needs of small buyers.

Till December 2017, affordable housing finance companies (AFHCs) had a combined loan portfolio of Rs 27,000 crores. It was just Rs 1,000 crores four years earlier in March 2013. More than 230,000 small homes had been financed with an average loan ticket size of Rs 9.3 lakhs.

This is the energy and learning that the PMAY has the opportunity to tap into so as to be more market friendly, assess the real needs of small homebuyers and create an ecosystem in which the government and the private sector can jointly work to reduce the deficit in shelter.

The Inclusive Markets Team led by Ashish Karamchandani has moved from the Monitor Group to FSG, a consulting firm which is a non-profit and seeks long-term social impact. A report recently put out by the team provides a valuable update on the low-income housing market and also makes important suggestions on how the PMAY  can be more effective.

For instance, the PMAY offers a  credit-linked subsidy of Rs 2.67 lakhs on a loan of Rs 6 lakhs. The subsidy has the potential of helping small borrowers go in for more residential space, but they can’t do so because they don’t know that they are getting the subsidy till a loan is sanctioned. As a result, they can’t factor the subsidy into the decision to buy a home.

The subsidy is also only applicable to purchases made in some 4,500 urban areas that have been notified. But most of the new housing being constructed is outside the notified areas, land availability and prices being what they are, and are therefore not eligible for the subsidy.

The terms for the subsidy are a disincentive for companies providing affordable housing finance. They get Rs 3,000 and out-of-pocket expenses as processing charges for loans less than Rs 6 lakhs instead of  the 1.5 percent of the loan amount which they usually charge.

Thirdly, the subsidy cuts into the size of the loan and this means that the outstanding portfolio of the lender gets reduced.

Under the PMAY, the government also provides financial support for beneficiary-led construction (BLC). This is intended for families who own land but whose houses are not permanent structures or are less than 21 sq. m.

The report observes that the subsidy for BLC is significant. In Odisha, for instance, the Union government provides Rs 1.5 lakhs and the state Rs 50,000. But this is not enough and homeowners still need to take a loan. Urban local bodies manage the scheme and look to public sector banks to give loans to the homeowners. The banks, however, are not interested in borrowers from the economically weaker sections.

The loans could come from AFHCs and other lenders like microfinance institutions (MFIs) who know how  to serve the poor, but they aren’t approached and find it cumbersome to  identify BLC beneficiaries. The current BLC lists have the names of applicants and those who have been given the benefit. A list of customers who are eligible and looking for a loan would be more useful.

Using PMAY to improve living conditions in urban slums is an opportunity the government would do well not to lose out on. An estimated 17 million households in urban India live in slums. They account for 14 percent of the urban population. There is an urgent need to do something about the conditions they live in. 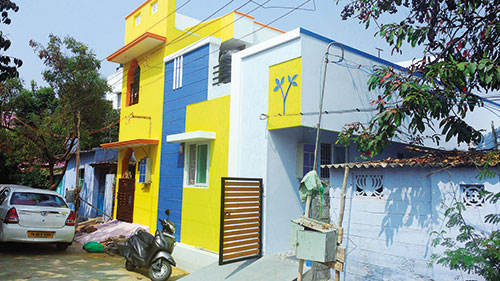 Relocating people is fraught with problems such as depriving them of their livelihoods. Allowing them to continue as they are raises concerns over public health and hygiene. In situ improvements are widely regarded as a way out, especially so because slum-dwellers have financial resources that they can use to enhance their living conditions. They could be eligible for small loans of Rs 1 lakh to Rs 3 lakhs repayable over three to  five years.

Once again, AHFCs have the expertise to provide such loans, but they are deterred by the lack of legal clarity. In some states, for instance, improving housing in slums is disallowed though the government itself provides financial help for building toilets.

Since slum dwellers don’t have a clear title to the spaces they occupy, loans to them cannot be secured and it would not be possible to repossess properties in the event of a default.

There are small finance banks and microfinance institutions which might take on these risks, but it would help if the government were to formalise a uniform approach to slums to make lending possible in the interests of upgrading urban environments.

An earlier report by the Inclusive Markets Team deals with the long-term advantages which could accrue from giving slumdwellers title deeds so as to make the giving of loans to them less cumbersome and prone to risk. (See Civil Society January 2015).

The availability of affordable housing has so far come from the efforts of entrepreneurs who have also been socially motivated to expand the housing market to include the economically weaker sections of society and even the very poor.

The National Housing Bank (NHB) has provided refinance and the Ministry for Urban Development has given encouragement, but the real heavy lifting has been done in the marketplace by entrepreneurs  who have had to redefine lending and real estate development  to serve the housing needs of a broad base of ignored Indians.

In financial terms that has meant profiling  and assessing  the creditworthiness  of customers asking for loans of Rs 4 lakhs or Rs 5 lakhs, people invariably working  at street level and with no known credit history.

The Micro Housing Finance Company  was set up in 2009 by former bankers who chose to move from the world of big finance to serving the poor. Among its first customers was a vendor selling chow  in Mumbai. Assessing his income meant standing at his stall and counting the number of plates he dished out on an average in a day. (See Civil Society July 2011.).

Such field-based credit assessment is what is required to bring more people into the formal market for housing. The company currently has a portfolio of Rs 600 crores and has stuck to its mission of giving loans under Rs 5 lakhs. 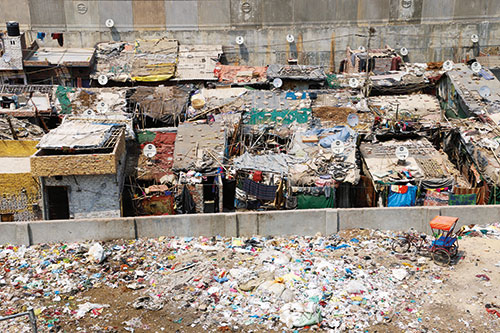 The success of the Micro Housing Finance Company became the model for others to
follow. An established player like the Muthoot Pappachan Group decided to test these waters and soon there were others getting licences to operate from the NHB.

The report tells us that 62 percent of the new affordable housing being financed consists of self-constructed homes in the outskirts of cities. Standalone homes are preferred and the borrowers are from the higher end of the economically weaker sections of society.

Earlier they would save for years to buy land and then save to build. Now with affordable housing finance available to them they can build without having to wait. There is no finance available for buying land.

Flats have accounted for 32 percent of the finance disbursed. Small developers take up such projects which tend to be located in gram panchayat areas but close to cities where there is demand. The land is cheaper and gram panchayats are less rigid in their rules for using space.

Interestingly, most affordable finance companies have low gross non-performing assets. Small borrowers tend to pay back. But there are companies which have 4 and 5 percent NPAS. The losses are, however, small because of the size of the loans.

Over the years affordable housing finance lenders have acquired an expertise in assessing and addressing the needs of small borrowers that bigger players in housing finance haven’t bothered with.

The bigger players now use these companies when they need to lend for affordable housing to meet priority sector commitments.

Affordable housing companies have also been losing some of their customers to banks and bigger lenders who lure them away because of their good repayment record. What this means is that the smaller companies do the hard work of bringing in small customers and end up losing the better ones.

Transferring loans is possible because there are no prepayment charges. But it weakens the affordable market segment and hurts the viability of the smaller finance companies.

The report has suggested that affordable finance companies be protected by making bigger lenders who acquire their customers within two years of a loan being disbursed pay them a fee for having identified the customer.