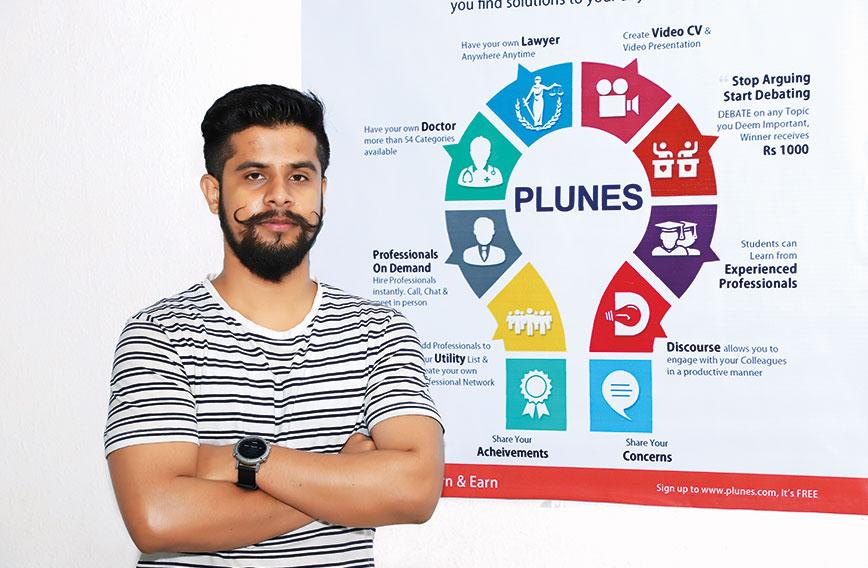 Chander Verma: ‘I decided that what was needed was a platform where you could get a lawyer instantly’

Lawyers and doctors when you need them

Imagine this: You have paid a lot upfront for a builder flat but it is nowhere near ready. The builder won’t take calls and because it is one of those four-storied structures, it is not a big company you are dealing with. You need a lawyer quickly for advice and further action, but where do you find one?

Imagine this, too: You are in Gurugram for business meetings which have been set up in advance. But you are laid low with a fever. The meetings can’t be cancelled. The guest house you are staying in can’t recommend a doctor. Friends you have in Bengaluru are either away or don’t have a doctor near where you are. What do you do?

Plunes.com says it could just be the answer to your problems. It can get you legal and medical advice wherever you are whenever you need it and in case you aren’t satisfied with the first consultation it can get you a second opinion.

But ‘Plunes’, what’s that, we can hear you ask. We can understand because it was our reaction too when the Plunes.com email popped into our inbox along with the innumerable others that arrive, seeking coverage.

Well, to get down to basics, Plunes stands for ‘providing law, utility and essential services’. Its founder is Chander Verma, an energetic 26-year-old with an elaborate moustache. He looks fit and says he can do 50 push-ups at one go.

In the shared office space that he uses in Gurugram, Verma occupies a cabin. Outside the cabin, using tables to his left, is his team, as young as him. There are a couple of engineers and the rest are into data mining, social media and outreach in general.

You could walk away saying this is just another flighty start-up. By the time the story gets printed, the idea could be dead and the company gone. We see that all the time.

But Verma has got something undefinably engaging about him. In the blink of an eye you would like to give him a chance. Blink again and you spot Nehru’s autobiography on his table with another book on something to do with Islamic culture.

It is strange and once the coffee arrives and his initial pitch on Plunes is over, one just has to ask. It transpires that the Nehru autobiography has been brought to the office to convince young members of the team that Nehru wasn’t a Muslim!

You see, fake news has it that Nehru was a Muslim and such is the influence that fake news on the internet has on young minds that they end up believing nothing else.

Verma is concerned. Among the things that he would like Plunes.com to be is a platform where people, particularly the young, can interact and find meaning and purpose in life. To this end he is already on 50 college campuses where there are Plunes brand ambassadors. If young people have platforms where they can talk, perhaps they can get away from the perniciousness of fake news.

Plunes.com is just about a year old. Verma is mostly burning his own cash on it and since
that is not much of a pile, he is, like most entrepreneurs, juggling dreams and realities and staring at deadlines.

In the short while that he has been at it, Verma says he has brought 40,000 plus users to the website. There are 1,700 lawyers who are registered and about 500 doctors.

Verma comes from Shimla and has a small town but liberal upbringing. Even as he was studying to be a mechanical engineer, he became an entrepreneur and created a business in machinery parts.

He went from that to setting up a courier business and it was here, as he struggled to get people who owed him money to pay up that he realised how difficult it is to find a lawyer.

“It was February 2016 and I was running Phoenix Mail Services, a logistics company. Every now and then we used to face a lot of legal problems regarding the delivery of the parcels across India. There was no platform available for instant legal solutions to any minor or major problems. I was left with no other option than searching on Google,” he recalls.

“It was really time consuming, as you need to skim through a lot of information and there was no authenticity and guarantee of the information provided to you,” says Verma.

“Most of the platforms available were mere mediators and were charging between Rs 5,000 and Rs 50,000 for a 30-minute consultation,” he remembers. “I found it appalling. There was no means to validate the consultation that you received, no second opinion option was available. You had to pay again.”

In the summer of 2016, he ended up losing a lot of money because of these issues. It was almost impossible getting a good lawyer. He did some research and spoke to lawyers and it was then that the idea of Plunes came to him.

“I decided that what was needed was a platform where you could get a lawyer instantly and a second opinion as well. Lawyers could benefit from being on the platform and users could stay connected with lawyers of their choice,” he says.

The decision to add on doctors came later as Verma found he had the opportunity of growing a community on the platform. Getting to lawyers was easy because of their bar licences. With doctors it has been more difficult.

Currently, Plunes charges nothing from users. Users pay the lawyer or doctor just `460 for a consultation. Verma says lawyers and doctors who register with Plunes agree to these terms.

Over time, as usage picks up and people find the platform useful, Verma hopes to be able to take a small commission on each paid consultation. His revenue model is based on volume.

Verma stresses that in his vision the real value of Plunes will be in being a utility network. On the one hand it will provide solutions and on the other it will promote productive engagements.

It will enhance skills and knowledge and encourage meaningful interaction through debates — particularly among the young on campuses. It is here that something like telling people Nehru was not a Muslim fits in.

Verma’s idea is to create a community of users who get proven value out of their interactions as opposed to the fluid anonymity of the internet. An example is the device of the video CV so that you know who you are goung to be consulting.

Much of Plunes.com is currently work in progress. But it is still worth checking out and if Verma’s inventiveness is anything to go by, chances are that the business will cover much of the distance he envisages it will.