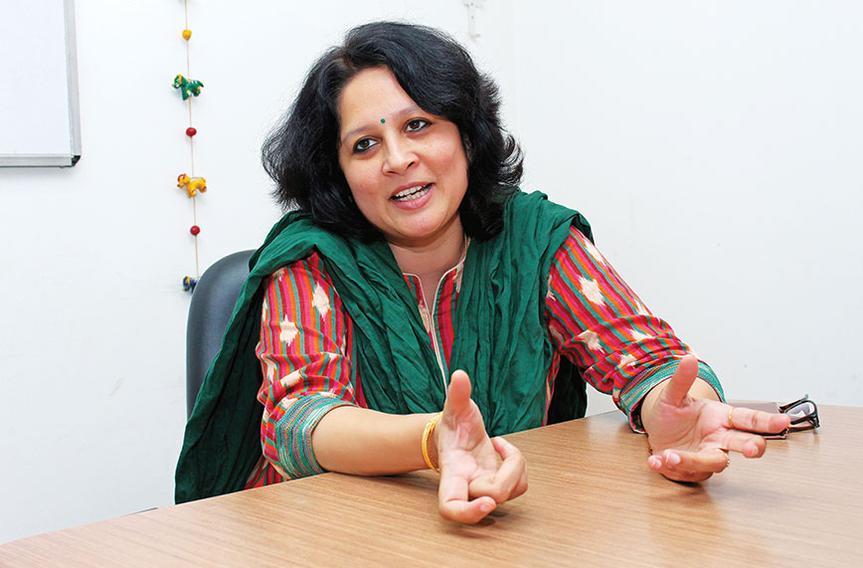 Uma Seth:‘It is better to go to one village and work there so that there is definite impact’

It is three years since changes to the Companies Act made it obligatory for managements to go beyond philanthropy to invest two percent of their profits in the development goals of the country. With Clause 135 coming into the law, mere charity will no longer do. Social spending requires board-level attention and well-defined strategies to impact healthcare, education, skilling, sanitation and much else.

The Federation of Indian Chambers of Commerce and Industry (FICCI) has for long helped its member companies in being socially relevant. But the changes in the law have come with various challenges.

To find out how companies are measuring up to the new expectations of them under Corporate Social Responsibility (CSR), we spoke to Uma Seth and Nomenita Chetia, both FICCI old-timers.

At the FICCI Aditya Birla CSR Centre for Excellence, Seth and Chetia have been advising managements on choosing and implementing social projects. They have a deep understanding of the challenges companies face.

How has the two percent rule worked out for the companies you deal with?

Many of our member companies were already doing a lot by way of CSR and were spending more than two percent when the rule came in. There were also others who were not in that category and had to deal with issues of compliance. The first year was spent in trying to understand the rules — what comes under CSR and what doesn’t. But having done that in the past year and a half, a lot of things have fallen into place. The boards and committees have been set up. We find that companies, irrespective of the size of their fund, want to do CSR in a structured fashion. They want to make a serious difference. So, a lot is being done behind the scenes in getting projects together and getting board approvals and so on. A lot of CSR work is linked to employee volunteering programmes and employees are themselves getting involved in CSR initiatives. So, we would say it is a positive trend, a good trend.

The shift has been from a freefalling mode to addressing the needs of specific areas. What are the challenges that companies face in making this shift?

As far as geographies are concerned, most companies have narrowed their focus to areas around their manufacturing facilities. The challenges come in developing, designing and structuring projects. There are companies that want quick results. But we always advocate staying invested for a long period of time. For instance, when you are working with farmers, for any kind of turnaround a minimum of three years is required. It is also better to be focused and work in one area. There is little point in moving from toilets in one year to skilling in the next. Or with a small budget wanting to build toilets all over India — it will hardly have any impact. It is better to go to one village and work there so that there is definite impact.

Are companies becoming more systematic thanks to the new rules?

Yes. Now many things are spelt out. For instance, one or two events can’t be considered CSR. Foundations that companies partner with should have been in existence for three years and so on. You must have a committee for CSR and the senior management has to be involved.

So it is much more systematic.

CSR projects have become more structured and mainstream. It is no longer one person in the management coming up with ideas. The decisions are board decisions.

What are the areas that companies are choosing?

We had done a study which showed that a lot of work is being done in education, health and skill development. There are a lot of drinking water and sanitation projects. But if you look at Schedule 7, it covers everything including art, culture and conservation. 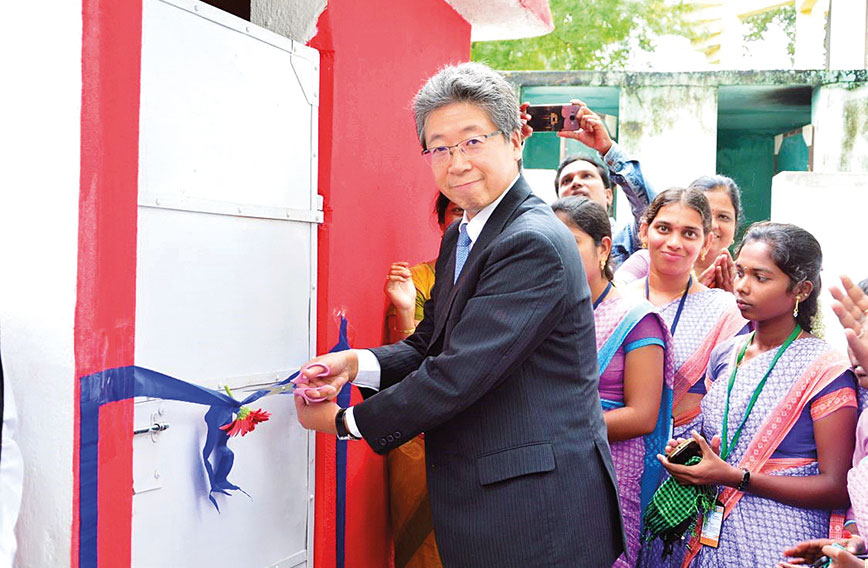 A toilet is inaugurated

Are companies merely putting money into Swachh Bharat Abhiyan or areas where they sense that the government wants them to put money? Or are they looking on their own for areas in which they want to make an impact?

In the first year, many companies were putting funds into Swachh Bharat because it was a cause the government had taken up and it was also an important cause. But then it got diversified. Then skilling came and a lot of companies got into that.

Let’s stick to sanitation. The frenzied building of toilets hasn’t been matched by usage. Is that something you have looked at?

Every project of ours where toilets are being built, a behavioural change programme is given equal importance. Half the money that companies put in is spent on the behavioural change programme. If you are working with communities, it means setting up small focus groups. If you are working with schools, it involves having washroom committees. Building toilets is the easy part but it is important to create awareness.

Motivating communities is not exactly something companies excel in. You are counselling companies. How do you help them?

It is something that can’t be done overnight. Swachh Bharat will take some time to reach the point where everybody’s mindset will be not to defecate in the open. There are other issues also such as do we have enough solid waste management and do we have enough sewage treatment plants?As far as mindset change goes, it will take time even though the Swachh Bharat message has spread far and wide. In schools, working with the young, it is easier. The elderly take more time to adapt.

One can understand that. But how are companies overcoming this challenge? Many of them have been just going out there and building toilets.

Companies have realised the need to involve the community. They have learned the importance of being innovative. For instance, the creation of a revolving fund for financing the construction of toilets under which money is advanced to some members of the community who must return it before others can be funded. Companies also enlist the help of well-regarded NGOs to solve last-mile problems and create awareness. We tell our companies that it is a good idea to charge a fee, however small, to give the community a sense of involvement and ownership. 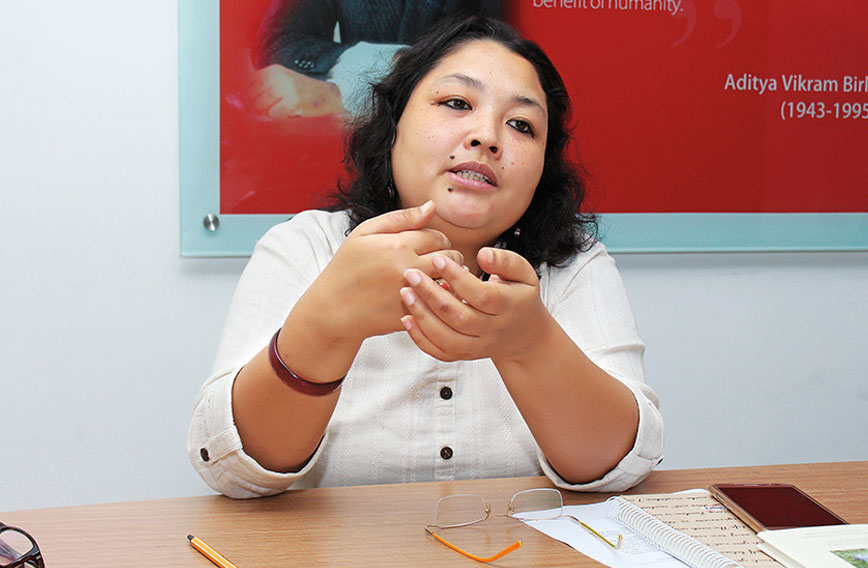 We visited a village where we found that five companies had invested in a single school. Someone had spent on water, someone on sanitation, someone on computers. Such things spoil the community, which tends to think that companies are there just to spend their two percent. We encourage companies to adopt strategies that promote local ownership and involvement.

Some companies, I wouldn’t say all, are trying to ensure that there is 100 percent employment at the end of a skill-training programme. They are designing their programmes in such a way and also asking the NGOs they work with to ensure that training leads to employment. These are the more evolved companies.

This employment could be anywhere?

Anywhere. But there are also companies, the large ones particularly, which ensure that jobs are found in their dealerships. There is a trend towards customisation of training so that the training that is imparted meets the need of the company. Companies are realising that random training is a waste and it is more important to train people so that they can be absorbed. Companies are collaborating with Industrial Training Institutes (ITIs) to make people directly employable.

ITIs haven't covered themselves in glory. Hardly anyone has a kind word to say about them.

But there are companies like Maruti, NTPC and the fertiliser companies which are working together with the ITIs to ensure 100 percent placement.

So those are the success stories that you are talking about…

Textiles too. Skill training is happening with employability. Especially with women, the focus being on hiring young girls. They are customising the kind of training for the stitching and so on
they require.

Is the CSR professional emerging in companies?

Definitely. There is a growing demand for CSR professionals. Large companies may have their own foundations and their own network of CSR professionals. But then there are the mid-segment companies which are also mandated to spend two percent of profits and can’t afford to employ a full-fledged team to do CSR. They are seeking professionals who have a social sector background and the education to work at the grassroots to get their programmes implemented. Many such companies outsource their CSR to us in FICCI. We identify the projects they should invest in and the local NGOs they can partner with. There are other foundations like ours to which such companies turn to in the absence of in-house teams.

Do you take up many such projects?

Our foundation was set up in 1995. We were doing a lot of Government of India projects, donor projects. But after Clause 135 came into existence, companies which are our members have been coming to us and asking us for advice on where and on what they should spend and help in designing and executing projects on the ground.