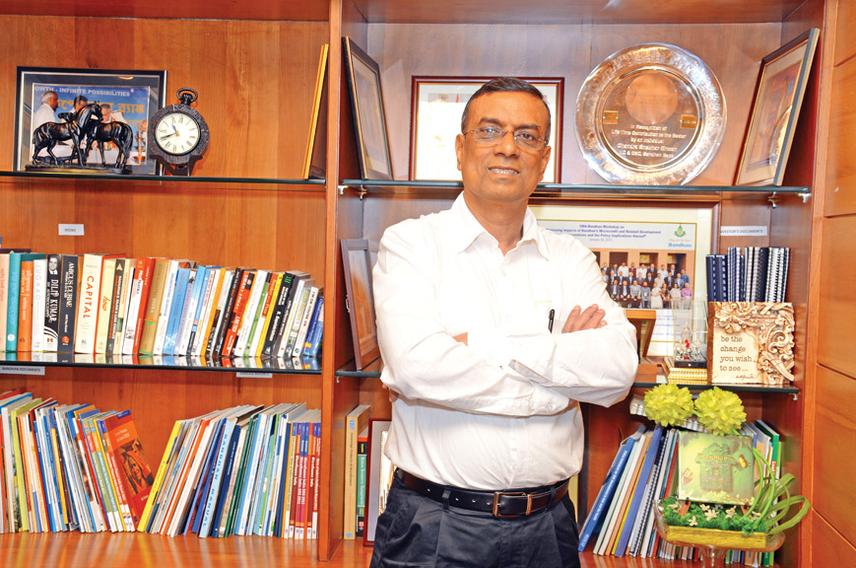 The Reserve Bank of India (RBI) issued the first banking licence to a microfinance organisation, creating Bandhan Bank, against the backdrop of two realities. One was the need to quicken the process of financial inclusion. The second was to address the lure of Ponzi schemes which had been particularly active historically in eastern India — the home base of Bandhan Microfinance.

Half a year into being a bank, what are the learnings? The first shortcoming that needs addressing, feels Chandra Shekhar Ghosh, Managing Director of Bandhan Bank, is that “in our country there is no proper system of imparting financial education” to gullible people who are easy prey for the hardsell of Ponzi scheme agents.

“We need a dedicated organisation for financial education,” he feels. Even among the so-called educated sections, many people do not know financial basics.

A key message that is needed to be propagated is that “anyone offering interest above a certain level is not a financial institution”.  This has to be conveyed not just through media channels but also through entertaining skits in village markets and fairs. “The government can say, here is one more bank (like Bandhan Bank) which can accept your deposits.”

A message from the government is important as there is a difference between the messages that the permanent face of the government sends out and those politicians propagate. Sometimes, even ministers patronise Ponzi schemes. So it is vital for the government to speak, to signal which deposit taker is legitimate and which not.

The list of officially approved financial institutions which can take deposits “can be prominently displayed at the offices of the District Magistrate and the Block Development Officer (BDO),” says Ghosh. There is a sense of official permanence about the kacheri in the small town which no politician’s statement can match.

The major problem is that, in the popular mind, there is no clear distinction between a bank and a Ponzi scheme. It is common to find people saying they have some money in ‘Sahara Bank’ when not only is it not a bank but its high-profile proprietor is in jail for disregarding the directives of the Securities and Exchange Board of India (SEBI). The publicity campaigns carried out by Ponzi schemes project them as lenders, like banks, when their sole objective for engaging with the public is to take deposits.

Also, interest rates alter and the ripples reach the furthest corners. So it is important to introduce flexible interest rates so that when the market is tight and those needing quick funds are willing to pay a premium, the depositor finds that official rates for some financial products have also been raised. “The depositor can be told that she can keep a part of her money under the flexi rate scheme,” says Ghosh. This creates a bit of a buzz around officially approved financial products and schemes which are often as dull and uninspiring as a typical post office.

An incentive scheme can be built into this for the deposit-taker. For example, the extent to which a bank can mobilise deposits from rural, unbanked or less penetrated areas can get a tax incentive (deduction) which can partly pay for the extra costs that have to be incurred in mobilising deposits from such areas.

In under six months of operations, Bandhan Bank has built up a deposit base of over `6,600 crore of which around 10 per cent has come from people who had never set foot inside a bank. This is being made possible by doorstep banking whereby the bank’s representatives visit people at home, take cash deposits and issue receipts, using hand-held devices. Simultaneously, an SMS with details of the deposit received is transmitted to the cell phone of the depositor.

The customer can also use his ATM card to withdraw money so that the bank staff becomes a walking ATM. This is made possible through the core banking solution of the bank which allows real time recording of deposits and withdrawals. What is not yet possible is for a depositor to make use of her local kirana shop in a similar fashion. The nearest equivalent to the at-home service offered by the bank representative is the post office which has a system of delivering cash at home through its representatives.

The issue is: can the delivery of such banking be financially viable for the deliverers? The progress in the first half-year has been “beyond expectations,” says Ghosh. Bandhan has been garnering `1,000 crore of incremental deposits every month and seven lakh new customers have been added, taking the total to 81 lakh.

Earlier, when as a microfinance institution it had to rely entirely on bank borrowings for funding, it had a loan outstanding of `9,000 crore. This is now down to `5,000 crore. This, plus the new deposits, take care of an asset book of over `12,000 crore.

Bank loans are typically available to microfinance organisations at 12 per cent whereas weighted average deposit costs can be 7-8 per cent. To this has to be added the cost of meeting statutory requirements which immobilises a quarter of deposits. Against this, the current effective lending rate is 21 per cent for the traditional microfinance business. Bandhan Bank is venturing into new areas of lending like micro, small and medium businesses with relatively bigger loans as also housing finance. But in the new areas it is progressing slowly. Hence it is comfortably placed in terms of capital adequacy.

Overall, Bandhan Bank feels the cost of delivering doorstep banking is affordable though firm cost estimates are not here yet. It says it will make a profit in its first year of operation. If its effort to deliver doorstep banking to the hitherto financially excluded meets the financial viability test over time, Ponzi schemes will have competition. And if the ideas of financial education that Ghosh has outlined are carried through, a double blow can be delivered in favour of the poor.