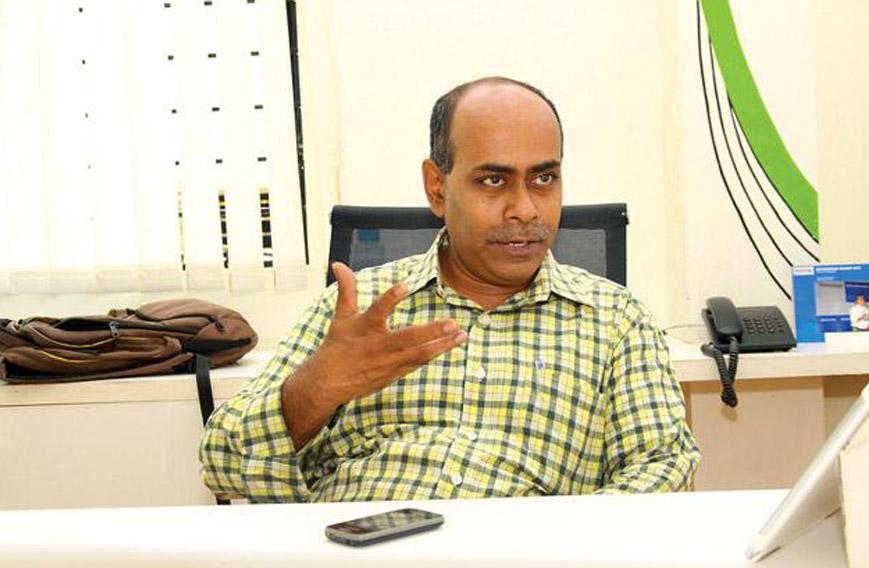 With Microspin, it is cotton in, fabric out for growers

At Buldana in Maharashtra a small, integrated spinning mill will soon become the first in the world where a farmer can enter the gates with a bale of cotton and come out with a finished product.

Based on technology provided by L. Kannan, founder and CEO of Microspin, the Buldana mill is part of his efforts to take India back to those halcyon days when the village was the nucleus of the global textile industry.

“Mine is not a far-fetched dream,” he says.

In a conventional spinning mill, cotton from the farm is converted into yarn through a series of processes. Such factories require a lot of capital and consume much energy.

The Buldana unit was installed in May 2013 by the Buldana Urban Co-op Credit Society (BUCCS). Dr Sukesh Zamwar, the managing director of BUCCS, got to know of Microspin through the Internet and a colleague. As BUCCS works in farming and innovation, they decided to have an integrated unit in Buldana. The infrastructure and working capital have been provided by BUCCS. Microspin is responsible for end-to-end management.

After preparatory work and personnel training, the machine went into operation in August and reached operational break-even within a month. With this unit, Microspin, a machinery manufacturer, has become a BOT (build-operate-transfer) company. The Buldana unit has given the Microspin team a better insight into making operations more profitable for the customer.

The unit, set up on 25,000 sq. ft., produces three tonnes of yarn every month. So far, BUCCS has been purchasing cotton mostly from ginners and a few farmers. “We hope to cut short intermediaries and deal directly with the farmers soon,” says Dr Zamwar.

Fifty local men and women are employed in the Buldana unit. Once the fabric line starts working, about 100 people will be employed.

“We would probably be the only place in the world where a farmer brings cotton to the in-gate that goes out as fabric through the out-gate,” says Kannan.

Kannan has patented a new technology called BlowCard that simplifies a part of the spinning process by integrating the three functions of blending, blow-room and carding activities carried out in a conventional spinning mill.

Microspin’s BlowCard is the trademark name of this technology. Kannan’s invention has brought down financial, energy and infrastructural outlay. So cooperatives of farmers and weavers can collectively invest in a small spinning mill. A lot of non-technological but pertinent thought has gone into inventing BlowCard.

Kannan graduated from IIT Chennai and worked for many NGOs, industries and academic institutions. NGOs in the development sector wanted him to study the interplay of technology and society. “Working with them, I observed how technology drives social and economic factors. And how society in turn drives the evolution of technology,” he says.

FROM RURAL ATMs TO TEXTILES

He founded a company to manufacture ATMs for rural areas. But Kannan was drawn to the textile sector, the largest employer after agriculture. He reasoned that a small impact in this sector would make a significant difference to the livelihoods of farmers and weavers and boost India’s foreign exchange earnings. So Kannan began to study the sector closely.

Mass production of fabric is considered the most efficient way of producing textiles since the era of the Industrial Revolution. The value chain of cotton is very long as the transformation from cotton to fabric involves many processes. “Mass manufacturing can cut down costs, but it cannot deliver value. This is all the more true for textiles where the market is much more diverse,” says Kannan. People like to feel that they are well dressed and everybody likes to have their own style.

Kannan observed that cotton farming still took place in small fields and weaving in small units. The only exception was the way in which cotton was converted into yarn. Yarn is still made in spinning mills using the same technology introduced in the 19th century. He felt that the processes that converted cotton into fabric could take place in an integrated manner for efficient and profitable production.

Kannan observed that the solution towards small-scale integration lay in technology. He developed the first version of BlowCard despite being dissuaded by many and despite his non-textile background. “I was told that making cotton yarn needed sophisticated technology and precision. I couldn’t understand why since our people had made beautiful textiles for thousands of years without that precision,” he quips.

He learnt that quality – which was equated with uniformity and strength in the yarn - was defined by the manufacturer and not by the end user. So, with funds from the Ministry of Rural Development he went ahead and began designing an integrated machine. Kannan produced four prototypes. They were distributed to NGOs in Andhra Pradesh.

One of them produced yarn with the prototype, and then wove the yarn into cloth. What emerged was a light, airy fabric made of pristine cotton. The NGO branded it Malkha, ‘the freedom fabric’.  The Malkha Marketing Trust has played its part in taking the textile to fashion designers and the world stage. The machines back the livelihood of traditional and neo-weavers, says Karthik of Microspin. Both farmers and weavers earn more and now produce a variety of designs.

Meanwhile, Kannan began working on fine-tuning BlowCard. Earlier, he had started Fractal Foundation as a non-profit technology incubator. If an idea nurtured under Fractal required substantial financing, it would be hived off as a separate company. So, while the BlowCard innovation was through Fractal, Microspin was started in 2011 to take it forward.

The yarn produced from the BlowCard machine is known by its proprietary brand name, Crafted Yarn. It has a distinct textural quality, fetching better value. The soft and airy quality of the fabric made from this yarn if often mistaken for linen.

Besides BlowCard, Microspin designs and manufactures the Draw Frame and Simplex Frame used in the pre-spinning process. The customised spinning machines are outsourced.

While a conventional spinning mill would have a capacity of 25,000 spindles or more, Microspin’s mill has a sub-500 capacity. The entire set of machines costs Rs 65 lakh. The outlay would be Rs 1 crore, including training, working capital and so on.  If dyeing and weaving are included, up to fabric production, costs would be about Rs 5 crore. A conventional mill, on the other hand, costs about Rs 100 crore.

“Definitely,” says Kannan even before the question is completed. The change is already visible in the lives and social status of those employed. The certainty of a monthly income has given them a certain dignity. It has also kindled aspirations.

Jitesh, the unit supervisor, is proud of his work. “People in my village respect me for working at the mill,” he says. He dreams of heading the Buldana unit in a year or two. Nanda, an operator and part-time ITI student, is confident of managing the machines herself. “I am happy that I am paid the same salary as the male operators. I would like to start my own business in a few years,” she adds.

Farmers, ginners and others involved in the cotton trade can profitably set up spinning or integrated units and get much better margins, says Kannan. He does a quick calculation and says if 100 cotton farmers get together and each gives 20 per cent of cotton grown on five acres as working capital, they could invest and start a unit.

A recent study by the National Bank for Agriculture and Rural Development (NABARD) carried out in six districts of Maharashtra shows that 160,000 hectares is under cotton cultivation. If Microspin units are installed in these areas the earnings of farmers and weavers will change dramatically.

So, Kannan’s idea of putting India’s textiles back on the world map does not seem such a distant dream after all.