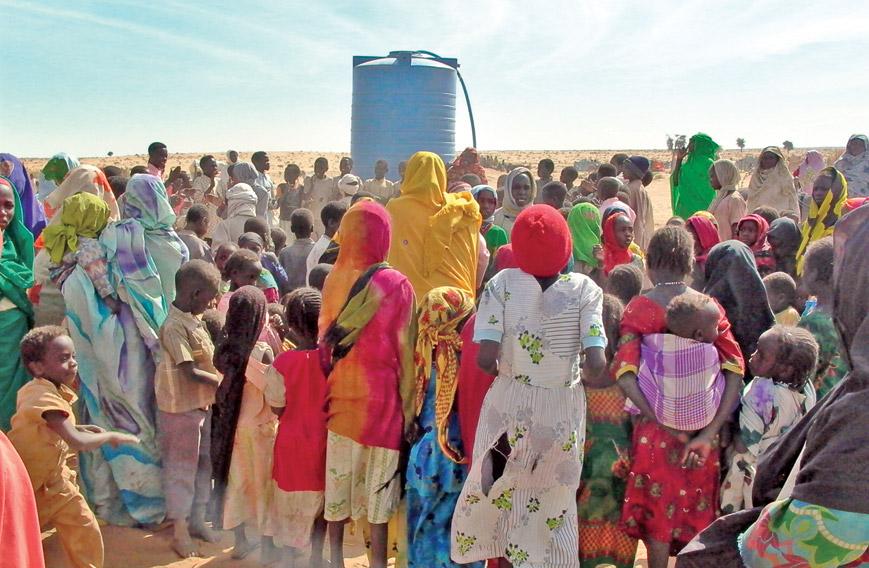 The perils of research into societies in conflict

This is undoubtedly a brilliant book that will be discussed for a long time. It is the product of an exploratory joint research carried out by the International Conflict Research Institute, based in the University of Ulster in Northern Ireland, and the International Development Research Centre (IDRC), the Canadian organisation which funds research projects in developing countries. The primary objective behind the project was to ascertain  research challenges while studying societies affected by violence and conflict, and whether applied research could offer alternatives — perhaps even solutions — for peace and well-being.

Conflicts, as the editors explain in their introduction, can be violent and militarised or they can assume less visible — but no less devastating — forms of expression. As conflicts multiply, interact and escalate, the domestic knowledge infrastructure of societies is frequently targetted directly and indirectly.

Schools and universities may be drawn into the conflict. Curricula can become politicised, libraries destroyed, books burnt, and even students, teachers, researchers and staff targetted. Journalists, public intellectuals and critics are often  systematically undermined and silenced. The result is a knowledge-depleted society, precisely at a time when knowledge is critical to finding a solution to the enraging conflict, creating blind spots. 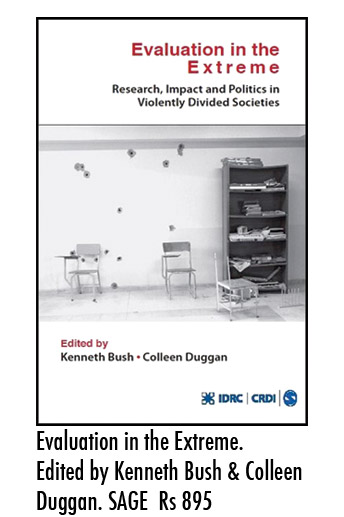 Violently divided societies are a reality. More important, extreme forms of violence spill across territorial boundaries like a parasite. The book not only engages militarised violence, such as in Darfur, Northern Ireland, and elsewhere but also the sex trade in South Asia and HIV/AIDS in post-apartheid South Africa. This helps the reader in understanding the heterogeneity of violence that divides societies.

While research can help in better understanding the underlying causes behind the violence and thus in policy formulation to contain and finally resolve the conflict, it can — even if it is methodologically sound and scientifically valid — exacerbate tensions if its conclusions are seen as threatening the interests of one or more groups.

It is important, therefore, to understand the political and societal contexts within which research is conducted and that research can, most certainly, be misappropriated to influence policy and justify violence. We are aware, for instance, of how anthropological literature was used to justify apartheid and Nazism, or psychological research employed in intelligence testing using culturally inappropriate measures, or the use of archaeological and historical research to exert moral or legal claims to contested territory. Can it be possible, the authors ask, for a lingua franca to be developed among the research fraternity that is conscious of the dangers that research faces and the opportunities it offers for misuse?

Consequently, ‘shared understandings’ were developed of some basic terms and vocabulary. In the process, the authors discovered that while it is possible to develop a broad conceptual road map, a number of sub-literatures apply to each sub-field requiring fine-tuning the lingua franca, much like knowing a language but also being cognisant of dialects and nuances.

Through the book, different contributors bring out the challenges that researchers face despite being committed to ‘good’ research. For instance, Brendan Whitty raises the important question of ‘accountability’. The term means different things to different people but the more complex issue is that there are multiple, often competing, entities to whom the researcher is accountable. He takes the examples of Nepal, Kenya and Argentina. Nepal and Kenya are nations where violence ebbs and flows in the lives of its inhabitants, while Argentina’s people have lived long in fear of shadows that the military dictatorships have cast. In other words, the conflict contexts are widely differing and implicate the researcher in disparate ways.

Colin Knox takes up the case of Northern Ireland, where it was assumed the signing of the Good Friday agreement in 1998 would bring violence to an end. It did not. De-weaponisation did not mean violence would vanish. Indeed, violence continued albeit in an altered form, often referred to as ‘recreational violence’, as a consequence of inter-group rivalry among the Northern Irish youth. In other words, violently divided societies are not restricted to militarised war zones.

Kevin Kelly, on the other hand, takes up the case of HIV/AIDS in southern Africa to demonstrate the impact research has on a pressing global epidemiological problem. He discovers how staunch support is generated for measures to prevent HIV/AIDS even without any reliable empirical evidence! Indeed, the urgency for supporting policy measures became so acute that solid research evidence was often ignored or overlooked.

The book concludes that there are a number of lessons that need to be learnt. First, unless there is good, solid research to back conclusions, the tendency would be to rely on anecdotes, impressions and, worse, particularistic interests and biases. Second, context must be integrated into research methodology. Third, there are ethical implications and it is important to know the ethical tipping point of evaluators in conflict zones.

This is a timely book because of the all-pervading nature of violence and the fact that, in some form or other, we live in violently divided societies. The chapter on HIV/AIDS demonstrates how violence need not be restricted to militarised conflict but extends to cases of extreme inequality and misery. No society appears to be immune to this.

At the same time, people tend to take stands on subjects, whether they be the LGBT community or Muslims, religious freedom or the government in question. How do we make the transition to pure objectivity when we don the cap of researchers?

But it is also true that governments can connive to distort data or to selectively use evidence to champion their agenda and, in the process, marginalise or oppress people. This has been part of global history and continues even today. When and how is ‘solid evidence’ put up to confront dictatorial actions of government and make policy reversals?

No immediate answers are likely in the near future nor, indeed, should there be. These are questions not only of science and objectivity but also of ethics and well-being.