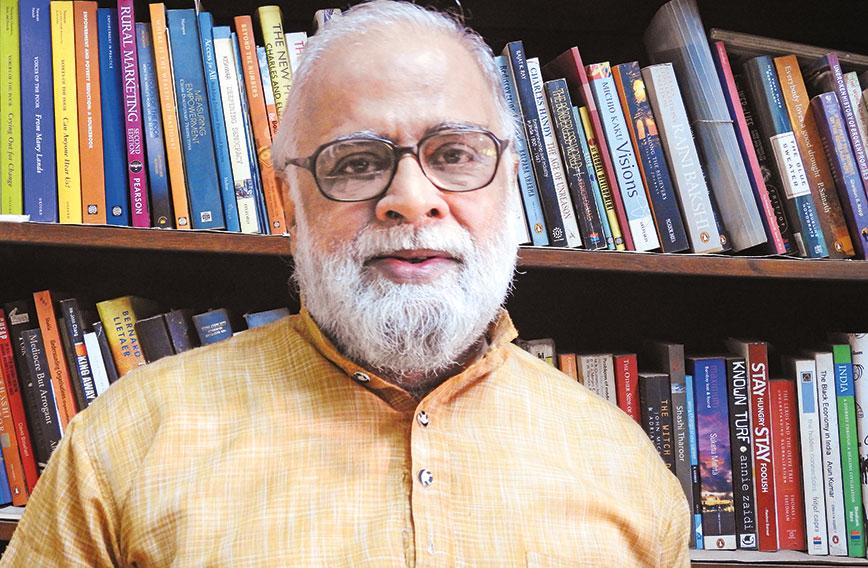 SOCIAL enterprises have been proliferating in India as a result of the benefits of growth not being evenly distributed and large numbers of people continuing to be left behind. With governments failing to deliver development and the private sector being primarily focused on profitability, which it has to be, the responsibility for bridging the gaps has fallen on changemakers and innovators.

Social entrepreneurship can vary in size and purpose. It can be the small neighbourhood school opened for the children of construction labour or it could be a large foundation that trains government teachers across the country. It could be a charitable clinic in a slum or it could be a chain of sophisticated eyecare hospitals. Voluntary initiatives may be directed at providing last-mile solutions or they could be helping to shape policy.

Several of these efforts have grown in size and complexity. Microfinance is an example. Institutions which began by helping a few communities with micro loans to make up for the inadequacies of the banking sector, have increased their reach and profitability so much that they have gone in for IPOs and become banks themselves.

Making sense of social entrepreneurship has become both a need and challenge. Governments increasingly realize the advantages of drawing on the voluntary sector to improve delivery, create awareness and speed up inclusion. It has, therefore, become necessary to understand how to engage.

Simultaneously, as the number of voluntary entities has grown, so also has the requirement for regulation to ensure standards, accountability and transparency. In keeping with size, reach and impact, it has become essential for society to have a measure of performance. An NGO or a trust can no longer hope to be taken at its word that it is doing good. It has to be ready for scrutiny.

Madhukar Shukla’s book, Social Entrepreneurship in India, is timely. Shukla has been teaching management at XLRI  in Jamshedpur. He successfully creates a pedagogy on the functioning of social enterprises when all that one has had till now is a sea of activity. By examining how social enterprises function and set and achieve their goals, Shukla provides the opportunity to look at them more closely in specific ways even as they evolve and grow.

The theoretical frameworks he provides are welcome and overdue. Many enterprises are brands in their own right and even household names. The time has come to make a serious effort at understanding their different journeys. Many of them have brought ripples of change much beyond their own specific spheres of activity. They will continue to be catalysts for what others do and so a sober and unemotional understanding of them is very valuable.

Shukla looks at various social enterprises. We get to know a good deal about each of them, but these aren’t detailed case studies. Instead, he successfully connects action with theory by trying to understand social entrepreneurship in its various forms and stages and dealing with the enterprises as examples.

It is an approach that works and is undoubtedly useful, but finally what will be of even greater value will be to go deeper into specific enterprises. At the core of entrepreneurship is inspiration and commitment and there is not enough on these aspects in the book because of the kind of canvas that Shukla has given himself. It definitely merits doing another book.

Professor Mohammad Yunus points out in his foreword that social entrepreneurs are impatient to get on with finding solutions to problems of poverty. He cites Amul, Aravind Eye Care, Lijjat and Sulabh Shauchalaya as inspirational examples. Such businesses would never have been built without the risk-taking abilities and inventiveness of the founders who alone could imagine the relevance of what they were setting out to do much before others caught on. It would be instructive and exciting to get into their minds and understand the challenges they faced. There is scope for some serious research here.

A big challenge social enterprises (whether just small NGOs or large social businesses) face is in raising funds. Not only is it difficult to attract donors, but there are regulations to deal with. The complications have become more intricate over time. One solution to the funding problem is seen in the proposal for having a social stock exchange. Listed entities would have accountability and credibility not dissimilar to that of companies listed on stock exchanges.

If this were indeed to happen, as it well might in the very near future, scholarship of the kind Shukla has shown will be very useful for investors and their advisors in not just understanding the sector a lot better, but realizing the spirit in which social enterprises are created. While they may be regulated and expected to live up to deliverables, they can’t be divorced from their sense of mission. Return on investments in them will have to be seen in terms of the good they do. Investors will have to temper their expectations.

Market-based reforms tend to fall back on social organizations so as to carry less empowered beneficiaries along. An example is talk of having farmer-producer companies under the new farm laws. Understanding the working of Amul and several other lesser-known but also viable collectives in this regard would be instructive. A good place to begin them would be this book which sets the context and does much of the initial explaining of a sector which gets attention but is inadequately understood because it is a moving picture. Shukla helps one pause and think.