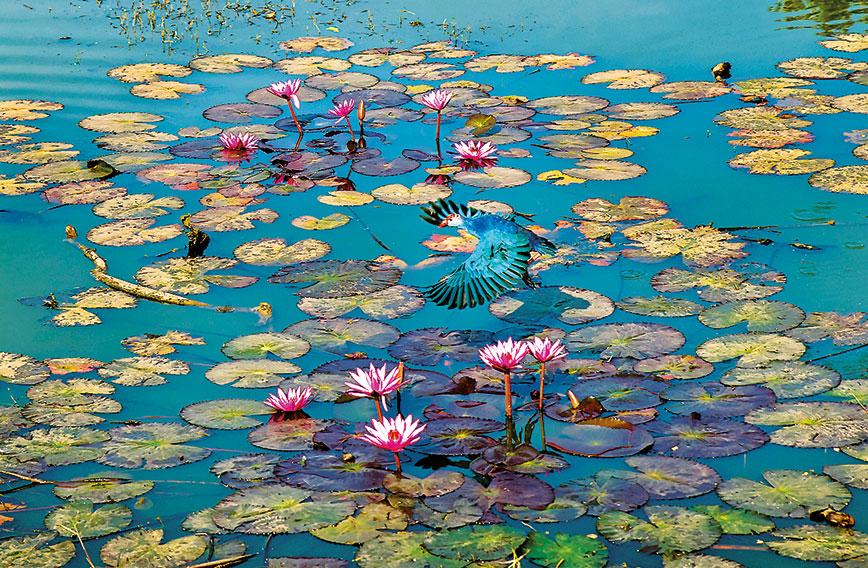 EVERYONE knows Lal Bagh but much remained to be told about it. It's all here now in an anecdotal narrative.

"Lal Bagh became my favourite haunt to forage, a lab to explore and an outdoor studio to draw my first botanical drawing and paint my first landscape,” writes Suresh Jayaram, an art historian.

His book chronicles the changing scape of Lal Bagh, one of the largest lung spaces in Bengaluru, and how it has evolved over centuries.

The city that has been intrinsically linked to royal visionaries. The competence of Hyder Ali and Tipu Sultan, the modernist agenda of the Mysore state, colonial influences, botanical transactions and urbanism have all left a deep imprint on Bengaluru.

The author has acknowledged the contribution of the Kew-trained Superintendents — John Cameron, G.H. Krumbiegal, H.C. Javaraya and M.H. Marigowda who were part of the larger colonial enterprise of reworking the city’s landscape. These four pillars played a significant role in the development of Lal Bagh with their distinct ways of plant introduction, the building of monuments, expansion of Lal Bagh, and taking horticulture to different parts of the country. Their names are etched in the annals of Indian horticultural history.

What makes this book distinctive is that it is illustrated with photographic accounts, snapshots from family albums of friends, and picture postcards from studios in Bengaluru dating to the early 20th century. An intricate map has been provided by an architect. There are contributions from artists who have worked in the city and archival documents lost to public memory.

“The book is the result of over three years of collection, collation and conversation. While research into archives and historical records has played a key role, the process of putting together this book mirrors closely the tradition of story-telling,” explains Jayaram. The book starts with personal anecdotes, historical incidents, local narratives and refers to accounts of travellers like Francis Buchanan. It is a collage of anthropology, art history, and urbanism with the eye of an aesthete.

Tracing these shifts with Lal Bagh as its protagonist, the book touches upon the significance of the garden in its historical and contemporary context and sheds light on the often unseen gardener communities that tend to the Bengaluru we identify with today. From the Darogas working under Tipu to the heads of horticulture who were initially instated under the East India Company, the systems that seem invisible today are amply evidenced in history.

The book brings to the fore this administrative machinery that is often relegated to the background. The author retraces his ancestry to the Thigala (gardener) community and acknowledges the debt he owes to this community and their green fingers.

An entire chapter is devoted to the garden’s hoary monuments like the century-old rocks, the Mandapa, ancient archaeological remains like the ‘veeragallu’, the Kempegowda watchtower/Mantapa, the Glass House modelled on the Crystal Palace in London, the circular dovecote with Tudor architectural details, the bandstand, the equestrian statue and floral clock, and the two-tiered wrought-iron fountain adorned with sculptures from Greek mythology. The Dr. M.H. Marigowda National Horticultural Library is a brilliant archives collection which has documented the plants and their botanical significance. This helped the author in his research for the book.

“The monuments of Lal Bagh extend far beyond the garden’s built-up structures — the trees themselves are a living heritage that cannot be ignored,” writes Jayaram. This garden is a trail of fragrances from various leaves and flowers like the fragrant eucalyptus, the heavenly champa and sampige, and the exotic ylang-ylang. Other important trees featured are the baobab and the oldest tree with gnarled growth.

With research stemming from the author’s role as artist, art historian, curator and garden enthusiast, the book grounds itself in local histories and contemporary concerns.

Jayaram locates himself within the botanical paradise that is Lal Bagh and draws our attention to a garden and urban cosmos that holds within its bounds so much that city-dwellers might easily pass it over.

The author expresses apprehension about Bengaluru losing its green cover and the ‘Garden City’ tag, owing to increasing urbanization. His book represents a nostalgic tome for old-time Bengalureans who have been witness to the city’s transformation.

Jayaram takes us down memory lane, speaking of his childhood outings to Lal Bagh where he would clamber up trees and go on expeditions to collect seeds and flowers to study as specimens. He rues that everything is much altered now and one can no longer picnic in these green environs due to a ban on bringing in food from outside.