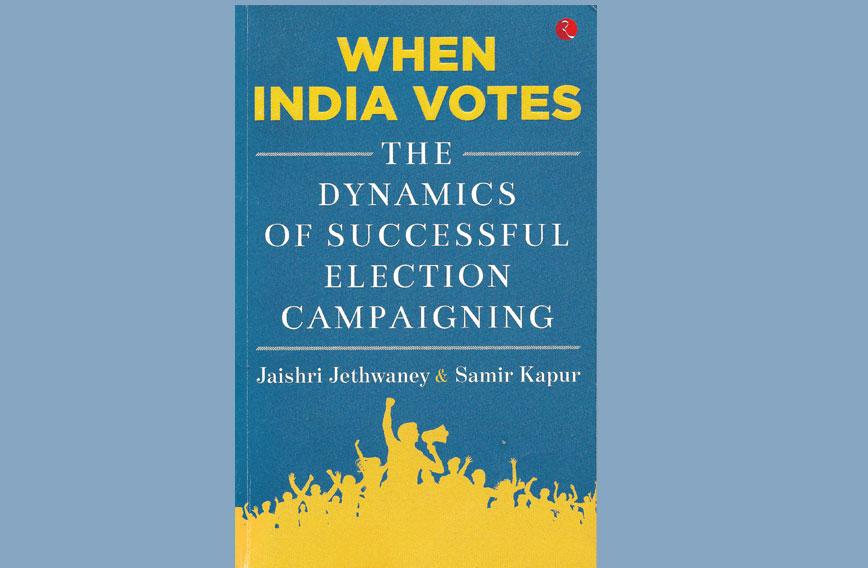 No limits to poll-time messaging

When India Votes is about the use of media by political parties when they campaign for elections. Reaching out to some 800 million voters, the largest electorate in the world, is a mindboggling feat and political parties use every means, fair or foul, to get their message across.

The authors trace the trajectory of the media and political campaigns since the early days. They also focus on the 2014 general election, ‘the mother of all elections’ which, say the authors, has changed election campaigning in this country forever.

Why is media so critical to politics? In the first chapter the authors spell it out: the media has reach, connects with people, sets the agenda and therefore wields clout. The growth of the media from its humdrum Doordarshan days to a multiplicity of noisy TV channels, newspapers, radio, social media, the smartphone and feet-on-the-ground grassroots groups is also analysed. All these take the party’s agenda to the people and provide a forum for discussion.

The downside of the media is that it isn’t always objective. The role of the media is to act as a watchdog and educate people on issues of concern. Beset as it is by paid news, fake news, biased news and wrong news, the media doesn’t always live up to its role in a democracy, say the authors in their second chapter.

The media, which tells every government agency what it should and shouldn’t do, never tells itself what to do. Self-regulation hasn’t worked. But the Press Council of India has issued guidelines. In the pipeline is the suggestion that paid news should be declared an electoral malpractice.

Next, the authors reflect on who political parties and the media try to reach out to. In India the biggest chunk comprises the youth and first-time voters in the cow belt. So the language most used is Hindi.

Another segment which emerged from the shadows in the 2014 election is the upper and middle class who comprised 47 percent of the electorate. Some 52 percent voted for the BJP. A small percentage comprises the intellectual and literati set which political parties do try to woo. This is the new ‘social bloc’.

Why does this segment vote for the BJP? The authors quote an analyst who says it is due to middle-class disenchantment with liberalisation and globalisation. A large percentage of the middle class are public employees or beneficiaries of state subsidies — hence they compete for state patronage. But whether middle class enthusiasm for Narendra Modi is due to economic angst needs closer analysis. Of course, rural voters at 60 percent continue to matter hugely.

Chapter 5 traces the history of political campaigns from door-to-door outreach to the posters and slogans used. Incidentally, the Jana Sangh thought up the catchiest ones early on. The entry of film stars, the use of professional advertising agencies and so on, is also tracked.

The next chapter is on Brand Modi and all the ingredients that went into making it. Backed by respected industrialists, Modi’s promise to the people was an economic and aspirational one — governance, roads, electricity, women’s safety, industry and education, with Gujarat as the model. His relentless campaign across media reached 12 crore first-time voters.