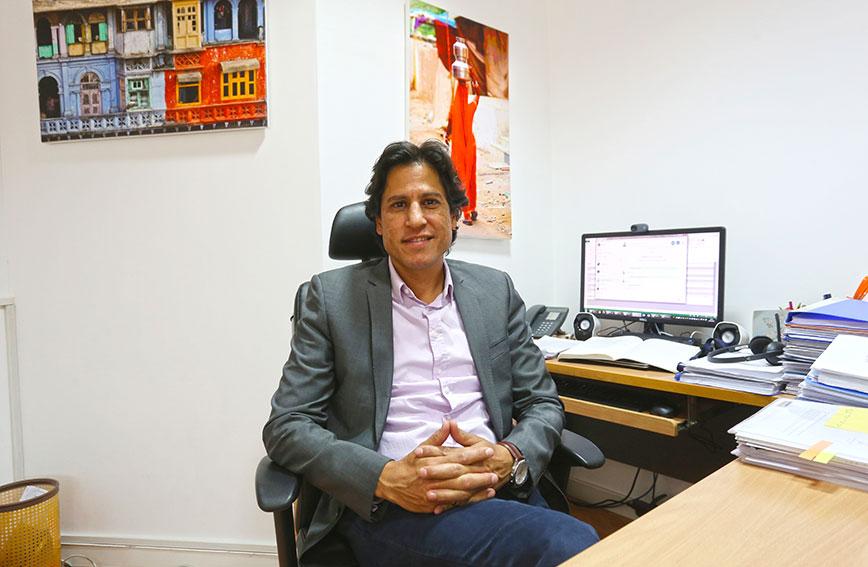 Sher Singh Verick at the ILO office in New Delhi

‘Decline in working women is worrisome’

In recent years, news about the declining number of women in the workforce in India has surprised economists and feminists. The downward trend has been a bit of a mystery. After all, during a period of rapid economic growth more women should be out there working. Why would they stay at home?

Surprisingly, this phenomenon isn’t limited to India. It extends to other countries in Asia, a dynamic economic region. Now a new book, Transformation of Women at Work in Asia: An Unfinished Development Agenda, unravels this puzzle. It critically examines why women’s participation in the labour force in Asia is declining or is stagnant except for a few exceptions.

The volume comprises a series of very well-researched papers on India, Bangladesh, Sri Lanka, Cambodia, Indonesia and China and more. It is a holistic study of all the factors that impact women and work — economic change, labour supply, education, fertility and social norms.

The book has two excellent chapters on India, including a primary study in Uttar Pradesh and Gujarat, that underlines the constraints women face if they want to work.

Sukti Dasgupta and Sher Singh Verick, both with the ILO, have edited the book. Verick, who is Deputy Director at the International Labour  Organisation's (ILO) Decent Work Team for South Asia, was interviewed by Civil Society:

How significant is the decline of women in the workforce? Do we need to worry?

The decline in the female labour force participation rate in India is significant. In 2004-05, it stood at 42.7 percent for women aged 15 and above. By 2011-12, the rate had fallen dramatically to 31.2 percent. More recent data from the Labour Bureau for 2013-14 indicates that the participation rate for women stands at just 31.1 percent.

While the decline of women in the workforce in India is due to various factors, we should be concerned. After all, if India is to sustain high levels of inclusive economic growth, it is absolutely essential that women’s participation in the labour force increases. The issue should, therefore, be of central concern to economic policy.

What would be the key reason for this decline and is the picture totally bleak?

There has been considerable research and debate on various explanations for this puzzling trend. In our recent book we have highlighted four explanations: First, increased educational attainment; second, rising household incomes, which pulled women out of the drudgery of agricultural labour; third, mis-measurement of women’s participation in the labour force; and fourth, the lack of employment opportunities for women in the non-farm sector.

Based on small-sample primary surveys, there is also some evidence that the mechanisation of agriculture has contributed to the decline in demand for female agricultural labour.

The picture is bleak and there can be no complacency about the challenges women face in the world of work. At the same time, new opportunities are emerging for women.

Would skilling programmes help? What are the sectors in which women could find employment?

A key factor in determining whether women can access decent and productive employment is education. In fact, education beyond secondary school is needed to ensure that women have the opportunity to access better jobs. In addition to formal education, vocational education and training are essential because both soft and hard skills are demanded by employers. For this reason, skilling programmes are important for women, but these programmes should ensure that women gain skills in new, growth sectors, which would help them overcome the occupational segregation they face. As technology is rapidly changing, women need skills that are not only relevant now but also in the future.

Traditional sectors for women to find employment outside agriculture include labour-intensive manufacturing and service sectors. However, the challenge for women in India is in being able to access jobs that are near where they live and allow them to operate within social norms which govern how and where women can work outside the home. Moreover, women need help to overcome the care burden and infrastructure constraints (such as access to water and energy) they face.

What are the three things the government can do to make it easier for women to work?

Policymakers are carrying out many right steps to enhance women’s employment. Overall, a comprehensive and integrated approach is needed to promote women’s participation in the labour force and access opportunities for women to access decent and productive employment and establish their own businesses. A number of dimensions should be addressed but the top three interventions include:

Two other important areas for policies include: reducing the time burden for women through better access to water, energy and childcare; and improving infrastructure so women have safe and affordable options to access jobs.

Have other countries in South Asia done better than India? What are the reasons for their success?

The trends in South Asia suggest that female labour force participation has increased in Bangladesh (and to some extent, Pakistan). However, barriers exist in all countries in the region.

There has been an increase in the female labour force participation in Bangladesh, a low-income country, alongside the acceleration in economic growth since the 1990s. In line with other countries’ experience in export-oriented industrialisation, Bangladesh has witnessed a substantial increase in female employment in labour-intensive export-oriented industries in urban areas. The rapid expansion of microfinance in rural areas has supported women’s employment in poultry and livestock.

But other countries in South Asia struggle: Sri Lanka is, in this regard, an interesting example.

Despite progress on human development over many decades and more recent positive economic trends, female labour force participation in Sri Lanka has remained stagnant. In this context, there is evidence of important differences in the factors that enable or constrain women from participating in the labour market, notably education.

The critical stage in the education cycle for participation is secondary education, beyond which the likelihood of participation rises. The findings suggest that investment in education beyond secondary school and vocational education and training are critical, while highlighting the importance of cultural and household-based constraints, particularly to married women’s participation in the workforce.

A key factor is household work and the care burden deriving, on the one hand, from the lack of institutional support for the care of young children and elderly people and, on the other hand, social norms that impose on women the responsibility for care and household work. Better implementation of policies and revision of laws is needed to promote opportunities for Sri Lankan women in paid work.