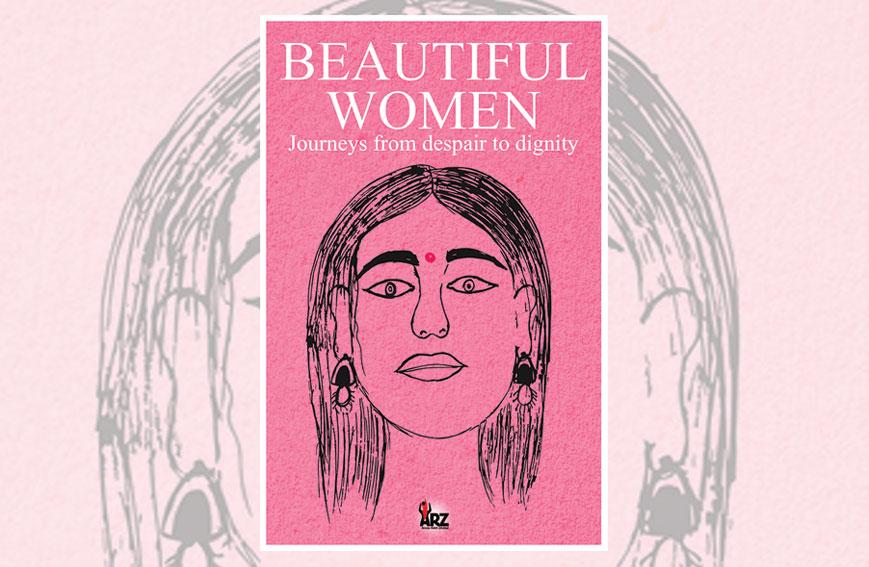 A better life at Swift Wash 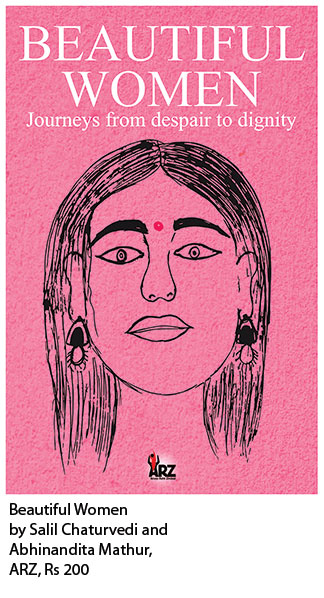 Beautiful Women — Journeys from despair to dignity,'  is a first-person narrative of 10 women who left a life of sexual exploitation to work in Swift Wash, a laundry in Sancoale Industrial Estate in south Goa, founded by Anyay Rahit Zindagi (ARZ), an NGO that works with victims of sexual abuse and trafficking.

The media was keen to talk to the women but ARZ has resolutely maintained a screen of privacy for the past decade in deference to the wishes of the women. They were clear that they did not want to interact with the media.

Still, there were growing requests to ‘know more’ about the women and their rehabilitation journey. So ARZ commissioned Salil Chaturvedi and Abhinandita Mathur to write a book on what the women had to say.

Mathur, who has prior experience researching gender and sexual exploitation issues for various NGOs, was chosen to draw up questions and interview the women. Later, Chaturvedi worked on the interview transcripts, and changed the question and answer format to 10 fluid first-person narratives.

“It was humbling how much they opened up,” says Mathur. “I saw people beyond their circumstances.”

One woman, in her forties now, recalled in graphic detail how she was gang-raped. A customer paid for her and took her to a jungle where a dozen others joined him. Another was HIV-positive and struggling to quit alcoholism. “Some of them got as little as `50 for one customer,” says Mathur.

“All my money would be spent on mutton and alcohol,” says a woman of her earlier life as a commercial sex worker in Baina red light area of south Goa. As a laundry worker, she earns less than half what she did selling her body. Yet she is proud. "Izzat sab kuch hai", she says as she compares her diminished income with the growth in quality of life, self-respect and independence.

“We decided on a laundry. We figured, since Goa is a tourist destination, there would never be a shortage of clothes to be cleaned,” says Juliana Lohar, project coordinator of ARZ. Swift Wash was started in 2006. Since then it has given a chance to around 600 women to move away from commercial sex work.  In two daily shifts that employ 30 women, the laundry cleans about 700 kg of clothes a day during the peak tourist season. Swift Wash’s clients include the International Centre, Goa, The Taj Group, The Queeny, The HQ, Goa Shipyard Limited and the Salgaonkar Medical Research Institute.The journey of the women began in 2003 when the Goa government launched a crackdown against illegal shanties in Baina to clear the area of the sex trade. Many families were displaced. The move was strongly contested by human rights groups and gender activists who said the eviction was unfair in the absence of a solid rehabilitation plan for the displaced. ARZ had for long been working on awareness and intervention programmes with victims of sexual violence in Baina. They began looking for a livelihood option for the women who wanted to change their lives.

It was not an easy shift, however. Most of the women weren’t used to a routine and found it hard to show up early. Some would grumble. “Ghar pe bhi kapde dhote hain, yahan bhi woh hi! (We wash clothes at home and now here too)”.   Lohar, who is also general manager of Swift Wash, explains how it took intervention at many levels to help the women transit to a life of dignity.

Most of the women suffered from Post Traumatic Stress Disorder (PTSD) and showed signs of anxiety and depression. They were dependent on alcohol. ARZ would assess each woman and chalk out intervention plans that included de-addiction programmes, counselling and medical intervention for depression and related issues if required. The NGO also watched out for other stakeholders who could obstruct the rehabilitation process. If they found that the children, boyfriend or husband were unhappy with the woman giving up commercial sex work and were trying to demoralise her, they would counsel them too.

Why would the children or the husband be unhappy? “Because they get used to easy money, feeding off her sex work. The women earn less here and we make direct bank payments. The women get complete control of their money and this makes the other stakeholders uneasy,” explains Lohar.

The women used to earn double or treble the amount they earn today. But they didn’t know where their income vanished. Today, most have rid themselves of various addictions, gotten out of exploitative relationships and manage their earnings wisely. They even manage to save, something they didn’t do earlier. Some have rid themselves of debt, others have invested in gold jewellery or married off their daughters comfortably.

Mathur feels the impact of the Swift Wash project would be much more if the book were to be translated into Kannada, Hindi or Marathi to reach women who are still being exploited in commercial sex work and inspire them to find alternative livelihoods. n

The book can be ordered at arzindia@gmail.com