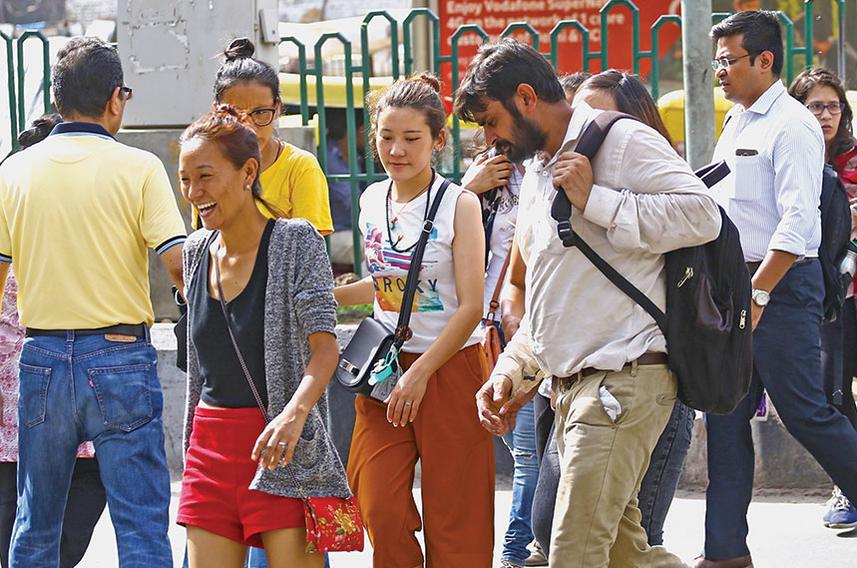 ‘Migration not fully understood as yet’

MIgration is leading to mingling of identities across India. People migrate mostly for survival, jobs, education and marriage. Nowhere is this more visible than in our cities. A walk down the road, a ride on a bus and you see faces from all over. But migration also takes place in small towns and rural areas where it may not be so readily noticed and documented.

Internal Migration in Contemporary India seeks to explain the dynamics of migration. Edited by Deepak K. Mishra, professor at the Centre for the Study of Regional Development, School of Social Sciences, Jawaharlal Nehru University, the book consists of a series of research papers by academics.

What makes the book interesting is that it captures the experiences of different migrating groups. It includes a study of Muslim women migrants living in Jamia Nagar in Delhi, Northeast migrants in the capital and Ladakhi youth who come to the city to study. There are chapters on Bihari migrants, migration and Punjab, and a study of migration patterns in nine villages of Andhra Pradesh. Also included is an important paper on seasonal migrants — the most vulnerable.

Cities are the magnets to which people are drawn. The shift is for opportunities, but with them come the challenges of discrimination and poor access. The city can be a harsh place to be and poorer migrants are worse off than the others. This is also true outside cities when the migration is from one region to another. 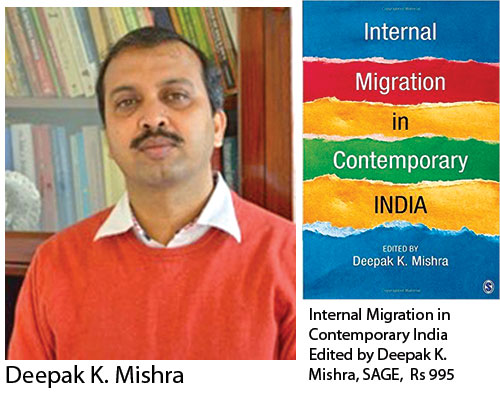 In an email interview, Prof. Mishra answers some questions on the relevant and significant book he has edited.

Your book has a range of people’s experiences of migration. How were migrant communities chosen? How long has the book been in the making?

This book is the outcome of a collective engagement with migration as a social phenomenon in contemporary India. Each of our contributors had been involved in studying migration from their perspectives, some of them for a very long period. But this exercise emerged through a collective endeavour initiated by the Rajiv Gandhi Institute for Contemporary Studies (RGICS), which brought together some established and upcoming scholars for a preparatory workshop in which the issues were discussed in great detail and we finally decided to focus on migration from the perspective of the marginalised sections of society.

Fortunately, thanks to the tireless efforts of the authors, we were able to cover a wide canvas although, given the diversity and complexity of internal migration, we had to focus selectively on only a few of the cases. Regarding the disciplinary and methodological standpoints, these studies point to a diversity of approaches to study migration in India.

It took us more than three years of sustained efforts to bring all these works to their final shape. All the papers were presented, discussed and further modified in another two-day workshop organised by the RGICS.

Did the researchers face difficulties? Were all the migrant communities forthcoming about their experiences?

Migration has received a lot of attention in mainstream literature across different disciplines. What we know for certain is that there are a lot of variations in the experiences of different categories of migrants. There are aspects of migration that remain, that have not yet been understood adequately.

Also, significant structural changes in the economy have altered the nature and outcome of the migration process in different parts of the country. Many of the researchers relied on primary field research to examine the issues at hand. And field research is often time-consuming and difficult, but once a certain level of trust is established between the researcher and the informants, it is easier to understand each other. As is evident in the chapters included in the volume; despite following diverse research methods, the authors have been able to connect to the experiences of the migrants, with their hopes and despairs.

Are there some commonalities shared by migrants who move to urban areas though they are divided by class and region?

Within the categories of economic migrants, there is perhaps a basic desire for a better and more secure livelihood that underlies all their efforts to survive and prosper in a new environment. However, the similarities end there. Depending upon their class, caste, ethnicity, region and gender, different migrant groups have vastly different experiences.

Would you say that rural-to-urban migration is on the whole empowering and critical for urbanisation?

Migration is often viewed as a positive development in a developing economy. Migration not only brings remittances that are critical for survival and prosperity from the origin areas, but it also brings in new ideas, technology and new aspirations.

However, such a general portrayal should not blind us to the fact that a large section of migrants works under precarious and exploitative conditions, and many of them are part of a cycle of debt-bondage from which they struggle to free themselves. The continuation of ‘older’ forms of bondage and absence of freedom in the age of globalisation is among the glaring paradoxes of contemporary times.

With the neoliberal restructuring of urban spaces, a simultaneous process of exclusion and disenfranchisement is also under way — whereby huge and glittering urban infrastructure is created using the cheap labour of the migrants, but they are not recognised as full and legitimate urban citizens. Thus, while urbanisation does empower some sections of migrants, it is also a process of exclusion, discrimination and ghettoisation for others.

Most of the contributors to the volume have reflected upon the policy changes that are required to make migration more inclusive and non-discriminatory. There is also a specific chapter evaluating policy responses to the problems faced by migrants in general and seasonal migrants in particular.

Without trying to summarise all these arguments, let me just point out that the rights of migrant workers need to be anchored in the framework of workers’ rights, which, unfortunately, have been under increasing attack in recent times. The rights of migrants as citizens, similarly, need to be seen in the context of a basic, universal, non-negotiable and non-discriminatory set of rights that are not contingent upon the domicile status of the citizens.

For seasonal migrants, there is a need to define a bundle of entitlements — access to the Public Distribution System (PDS), primary education and healthcare, for example — that are mobile and enforceable across the states.

Apart from these, interventions that support the livelihoods of seasonal migrants, both in their areas of origin and destination, free them from bondage, physical confinement and torture, provide them with opportunities to upgrade their skills, to have access to information and institutions, policies that safeguard against exclusion and discrimination on the one hand and expand opportunities on the other will go a long way in addressing their specific vulnerabilities.

Some sectors such as construction and domestic service that employ a large number of migrants need sector-specific interventions. Inter-state coordination will be a key component in such contexts.

Designing and implementing such policies, given the federal structure, and multiplicity of stakeholders is a formidable challenge, but not altogether impossible. It is not the logistics, but the political commitment that is a more critical barrier in achieving such an objective.