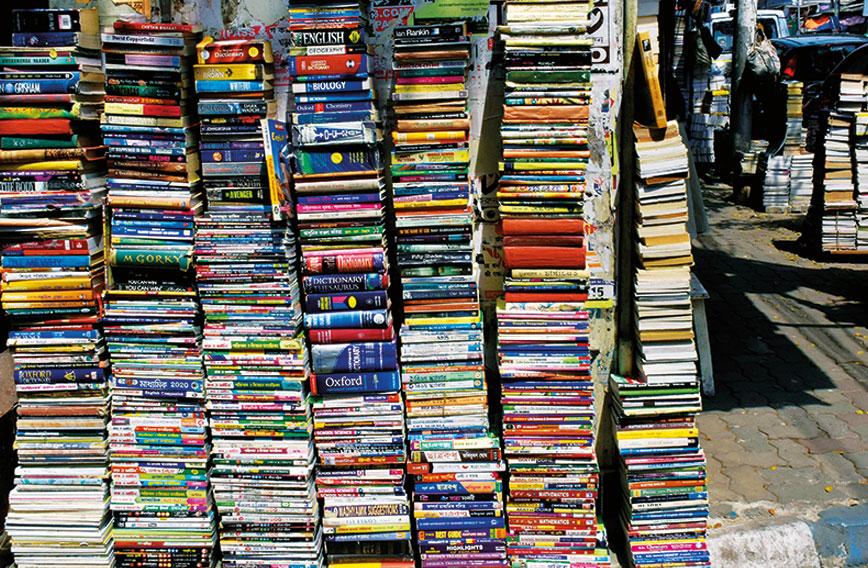 Piles of secondhand books on a street in Kolkata

Pre-loved books, anyone? Here is some shelf help

IF you happen to enjoy reading and are also a compulsive buyer of books, no doubt in the fond hope that you will read them some time in the future, chances are that you are familiar with that sinking feeling of running out of the real estate needed to indulge your passion. In these cramped times, there will never be the flat or house and certainly not the office big enough for all your treasured volumes.

Problems abound for the enthusiastic book collector. What for instance is to be done with books bought on impulse but in which after a while it is clear there is no real interest? So, also, with volumes graciously received as gifts but not the kind you would want to keep? Such acquisitions pile up and need to be disposed of, but how?

An even bigger problem is one that you might leave behind when you are no more. What should Kindle-users of the younger generation do with your legacy of books, which could be in hundreds or thousands? Where should such books go?

Along with most bookshops, those taking secondhand books and finding new buyers for them have mostly been wiped out by the books business going online. So, it is difficult to find people in the trade who will know the value of home collections.

Can the secondhand trade move online? A quick search reveals a growing list of nascent initiatives which are worth checking out.

Some of these could be just community efforts like a group on WhatsApp called the Goa Library Network, which was created by Frederick Noronha, a journalist and an evangelist for independent publishing.

From this group has emerged a smaller sub-group for preloved books. On offer are Phantom and Mandrake from Indrajal Comics at `299 each — “Back to back 3 parts, very, very rare Indrajal. Complete story” is the sales pitch in WhatsApp English.

There are also Dom Moraes titles that someone in Toronto wants to pass on — “Read them a long time ago and preferably want to sell them for a small amount of money….” Also on offer for `200 is The Rise and Fall of the Great Powers by Paul Kennedy.

A commercial effort online goes by the name of Battered Pages. It was started by Arundhati Kale, a 21-year-old law student, and Naman Ahuja, a 23-year-old digital marketer.

In a casual conversation the two of them realized they had a lot of books lying around and decided to put the books in motion instead of leaving them on their shelves.

They have 8,300 followers on Instagram and that is where their interactions happen and orders get placed. Located in Delhi, they ship across India and accept books as donations from other cities.

“One of our first donations was from a lady who lived in Defence Colony and she gave us this huge box filled with a lot of Indian authors. That collection was one of our most amazing collections,” says Arundhati, as she recounts her favourite experiences with donors.

“Another girl in Dwarka gave up her entire Harry Potter series collection. It was in perfect mint condition and even included spin-off books like Crimes of Grindelwald and other similar treasures,” she says.

Basement is also on Instagram with a similar model. And in Chennai there is prelovedbooks.in whose vision is to provide a library in every home. It boasts of a collection of 500,000 titles! It is also into wholesale distribution. 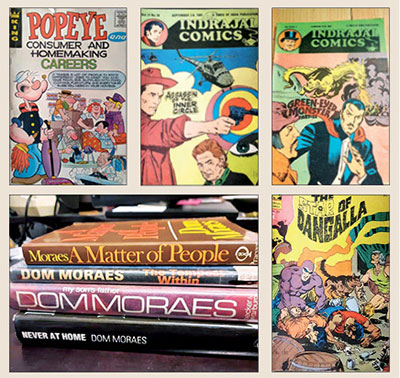 These are modern avatars of what used to be secondhand bookshops. But do they have as much character and the same aura? In years gone by, a vibrant trade in secondhand books made it possible for old and used books to move seamlessly from homes to shops and into other homes. People at the secondhand end of the books business had a keen eye for picking up interesting and sometimes extremely valuable personal collections and then retailing them. They were eclectic in the way they made their choices. There was a seconds-market for literature, humour, murder mysteries, romance, treatises, manuals, plays, comics, research, biographies and more.

In a secondhand bookshop on Free School Street, in the heart of a quaint sin district in Kolkata, there would be Mao’s Little Red Book next to Wodehouse, Ibsen, Brecht and Ian Fleming. You could buy How to Fly a Plane, The Strumpets of Victorian England and A History of War. On a good day, all of these could be acquired in one shot or you could sniff them out and keep going.

If Amazon has caused the death of bookshops, it has served an even bigger blow to second-hand bookshops, which have all but for the odd exception ceased to exist. As a result, old networks have collapsed and personal books have mostly nowhere to go when it is time to move them on. Since most people these days, in particular the young, tend to buy on the internet, if they do at all buy books, and also read online, the nourishing habit of mooching around for books is no longer in fashion.

On Free School Street just one secondhand bookshop remains from among the several that used to be there. Also gone is the ambience in which bookshops shared street space with bars and young women on the prowl for customers. College Street, also known for its secondhand bookshops in Kolkata, continues to hold out, but just about. College-going people aren’t the freewheeling types they used to be. The bookshops, too, have changed their style and reflect the times.

Kolkata’s story is that of Mumbai and Bengaluru. You can still find old books selling but it’s not the same, and if there are shops have little doubt that they are on their way to being wiped out. In Delhi, much is made of the selling of secondhand books on the pavements in Daryaganj. But here books get bought by the kilo and are sold just as brusquely.

These days if you want to give your books away, they had better be suitable for ‘underprivileged children’ or ‘community libraries’. It is, of course, right to donate to such causes. But what do you do with something like No Orchids for Miss Blandish or The Bride Wore Black? Where do you send your Forster, Hemmingway, Scott Fitzgerald and Orwell? Or your Naipaul and R.K. Narayan collections?

Ananda Lal has spent a lifetime studying and teaching drama. He has got a great collection of music. He is also super proud of his hoard of Phantom comics.

Ananda’s father, Prof. P. Lal, was a poet and essayist. He was known for his transcreation of the Mahabharata. He founded Writers Workshop for which he did everything from editing to proofreading to secretarial work. Writers Workshop was known for its slim and beautifully crafted handbound volumes. Vikram Seth and Anita Desai among others who went on to be famous were first published by Writers Workshop.

In his lifetime, Prof Lal sorted out his books and passed on a whole lot to a community library. But 10,000 of his books remain, we are told by Ananda. They will probably end up in a university library for safekeeping. Books apart, there are documents, pictures and other items of archival value.

There are other examples of significant collections being adopted by universities, foundations and state libraries. But not all books have archival value and it is ordinary folks who keep books circulating. They need to be part of a flow.

Will the old books trade, as it was once known, make a comeback? Almost certainly not given the cost of commercial real estate and changing reading habits. It will most likely be replaced by connections made online where huge possibilities exist. But with that will also end the joy of hunting down books, which can actually be as pleasurable as reading them.