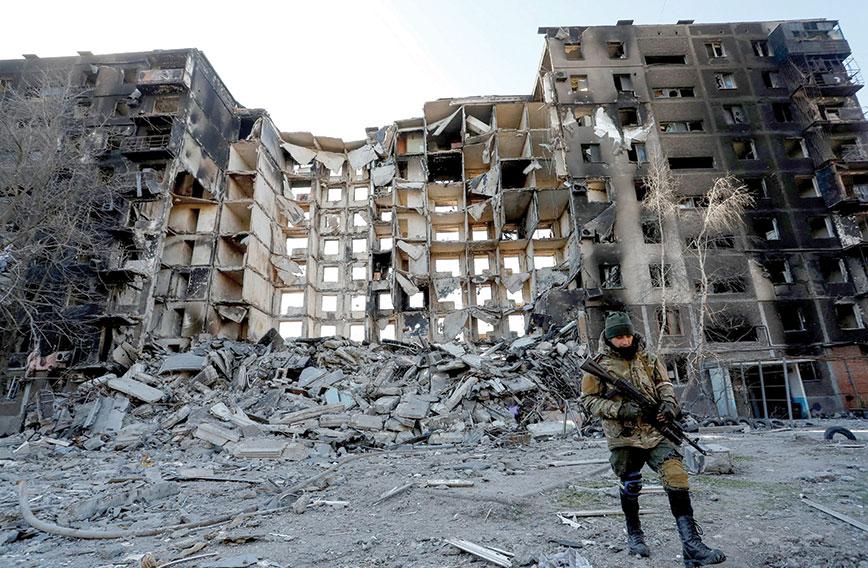 War and the economy

WAR has direct human and economic consequences. Often, such consequences impact not just the countries at war but many others, depending on the economic size of the warring nations, their geographic location, geopolitical and geo-economic significance for the world economy, role in international and multilateral institutions and so on. Many countries in the developing world, especially in Asia and Africa, have been engaged in decades of conflict without their having much impact on global growth.

Furthermore, the impact of war on economic growth is paradoxical. By destroying lives and property a war has a negative impact on human welfare, economic development and growth. However, by providing employment in what may be described as the ‘war economy’, it generates incomes and contributes to increased output and employment. The ‘war economy’, so to speak, has sometimes helped countries come out of recession. On the other hand, disruptions caused by war stoke inflation, generate inflationary expectations and contribute to economic uncertainty.

By generating demand for arms and ammunition, war increases the profitability of arms manufacturers and incomes of arms -exporting nations. Arms-exporting developed economies have benefitted significantly from wars involving developing countries. By disrupting movement of ships, if the conflict is at sea, wars impact trade at the regional and even global level. Hence, the economic consequences of war can be wide-ranging and long-lasting, positive for some and negative for others.

As a recent Cato Institute study on the economic impact of war concluded, apart from directly and negatively impacting the countries at war, a conflict with wider regional or global consequences can hurt other countries, especially developing economies. Indeed, developing countries are at greater risk, compared to developed countries, of seeing their economies negatively impacted by war. To quote: “War and other forms of armed conflict should be considered a major impediment to the economic development of low‐income countries, many of which are beset by ethnic and religious strife.” (C.F. Thies and C.F. Baum, “The Effect of War on Economic Growth”, Cato Journal, Winter, 2020)

Apart from the loss of lives, the Russian invasion of Ukraine has destroyed considerable property and productive resources in Ukraine. It has also had some negative impact on the Russian economy itself. However, given the geo-economic and geopolitical importance of both Russia and Ukraine, the economic consequences of this war are far more wide-ranging and long-term. Equally important, the decision of the United States and its allies to impose severe economic sanctions on Russia has also had wide-ranging negative impact on the global economy. Indeed, the long-term and indirect consequences of these economic sanctions, especially financial sanctions, could be far more than the medium-term consequences of the global economic disruption directly caused by the war.

Former Reserve Bank of India (RBI) Governor Raghuram Rajan has dubbed western sanctions ‘weapons of mass destruction’. “When fully unleashed, sanctions, too, are weapons of mass destruction,” wrote Rajan in a recent column (Project Syndicate, May 17, 2022). “They may not topple buildings or collapse bridges, but they destroy firms, financial institutions, livelihoods, and even lives. Like military WMDs, they inflict pain indiscriminately, striking both the culpable and the innocent. And if they are used too widely, they could reverse the process of globalization that has allowed the modern world to prosper.”

For India, the economic consequences of the Ukraine war are both short-term and long-term. The short-term impact is clearly on economic growth and inflation, especially the oil price spike. The long-term impact will depend on how the country is able to adjust to these short-term setbacks and restore the growth momentum. However, a more enduring long-term impact would be felt through our response to western economic and financial sanctions.

There has, of course, already been a decline in this share, to around 40 percent, in recent years. India has benefitted from growth in global trade and incomes and any threat to these would certainly threaten the Indian growth and external payments situation, especially in the context of high oil prices.

The ‘weaponization of globalization’ through financial and trade sanctions has already disrupted the global economy and economists forecast a period of ‘stagflation’. The post-Ukraine economic problems come on top of post-Covid disruptions and, in India’s case, post-demonetization disruptions. The long-term impact of these developments on India’s growth process can have strategic consequences. The government’s ability to mobilize financial resources for development and defence will be constrained and this in turn could slow down the momentum of India’s rise.

While India’s principal adversary, China, is also facing economic headwinds and a consequent economic slowdown, the power gap between the two may take longer to bridge. This will require India to reinforce its own capabilities, maintain good relations with several major powers,including the US, Russia, the European Union, Japan and countries of the Indo-Pacific and Indian Ocean regions. India’s Atmanirbhar Bharat Abhiyan, a return to the Nehruvian model of self-reliant economic development and non-aligned foreign policy, has once again emerged the strategic option of choice.

The successful conclusion of the recent ministerial meeting of the World Trade Organization augurs well for multilateralism in trade. It is perhaps one of the positive side effects of the Ukraine war because ever since the Doha Ministerial Meeting of the WTO two decades ago there has been very little forward movement on the multilateral trade front.

The on-going East-West confrontation has required the developed economies of the North to try and accommodate some of the concerns of the developing economies of the South. Hopefully, this movement forward on the trade front can be sustained, especially with Indonesia and India chairing the Group of Twenty (G20) during 2022 and 2023.