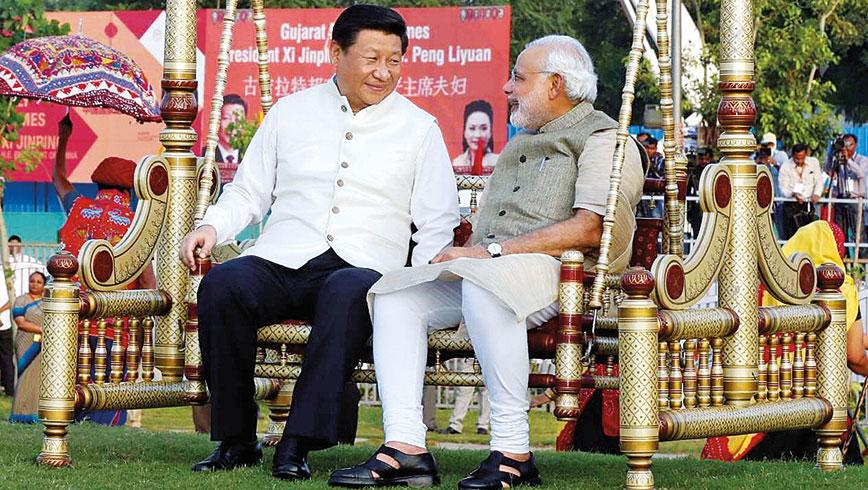 An Indian view of the world

The Ministry of External Affairs (MEA) funds a think-tank studying China called the Institute of Chinese Studies (ICS). Its board is chaired by former National Security Advisor Shiv Shankar Menon. Mr Menon is not only a former foreign secretary and a former ambassador to China but also has good command over the Chinese language. The director of the institute is another former ambassador to China, Ashok Kantha. The institute was supposed to be India’s window to China. It is not clear what assessment the government has of the institute’s contribution to an ‘Indian’ understanding of China but we are now informed that the government has decided to fund yet another think-tank, the Centre for Contemporary China Studies (CCCS), with a China focus. The CCCS board will be chaired by the Minister of External Affairs and the National Security Advisor will be its vice-chairman.

According to a media report, the CCCS will draw on internal governmental resources from the ministries of external affairs, defence, commerce and industry, and various other governmental functionaries who have knowledge of China. While nothing more is currently known of the role and composition of the new centre, its setting up raises an interesting question about how much expertise is, in fact, available in India on contemporary China. The ICS has been working hard to create a pool of talent and mobilise adequate funds. Both have so far proven to be difficult exercises. Given the paucity of adequately trained Indian research talent, it remains to be seen how relevant the new CCCS will be in facilitating informed decision-making within the government on China-related matters.

The news report that mentioned the creation of the CCCS stated, interestingly, that the proposed centre would provide an ‘Indian view’ of China. Does this mean that the government believes that the expertise on China available outside government does not constitute an ‘Indian view’? At least one reason for such thinking may be that a lot of the research now being conducted by Indians even within Indian think-tanks is funded by foreign entities. Indian research institutions have been forced to approach foreign funding agencies because domestic funding, from both within the government and outside, is not adequately forthcoming. Even a government-funded think-tank like the ICS has been finding funding a problem.

Globally, there are two very different models of creating research capacity when it comes to the study of another country. In the United States, research on China is funded both by the private sector and the government. Both privately-funded and government-funded institutions undertake classified as well as open-source research. This system is based on trust wherein the government funds classified research conducted by non-governmental entities. Such entities are trusted not to make public the findings of classified research. Interestingly, two prominent US think-tanks, Brookings and Carnegie, have recently been accused of accepting funds from China.

The alternative model of funding the study of another country is that of China where all think-tanks are government-funded and all research requires official clearance before its publication. It appears India is trying to experiment with a combination of the two. It remains to be seen how successful this new experiment will be. As an example of what the CCCS can do, the news report mentions the commissioning of a study on the impact on India of US trade sanctions on China. This is a study that can be done by any competent economist anywhere in the world based on published data.

It is also worth asking what it is that the CCCS can do better than what the research staff at the National Security Council Secretariat already does. The NSCS has research staff drawn from both within government and outside who study other countries and who have access to classified information within the government. Fifteen years ago a committee under the chairmanship of the late K. Subrahmanyam, a strategic affairs guru, recommended adequate public funding for the creation of competent research talent in the study of India’s neighbourhood, especially China. The fact remains that 15 years later little has been done in this direction.

The creation of the CCCS is an admission of the inadequacy of informed research on China but the problem is a more generalised one. Area studies, with language competence, remain inadequately funded in India. Indian researchers know little of the internal social, political and economic dynamics of India’s neighbours. The knowledge of countries further afield is even less. When a major Indian company with substantial economic interests in a Latin American country wished to understand the implications of a regime change in that country it turned to a European think-tank for advice. It ended up paying a substantial amount of money for that research. Closer home another Indian company with investments in a South Asian neighbour was taken completely by surprise by political developments there. The company had not bothered to do due diligence based on available research on the politics of that country.

With Indian companies going global, with India becoming more globally active and with so much uncertainty in the global political security environment, India needs vast numbers of talented nationals capable of providing high-quality research. Needless to add, their training and mentoring should be such that their thinking is ‘Indian’ enough for the government to regard such research as offering an ‘Indian’ perspective on the world. Indianness in thinking is not a monopoly of government officials. Indian citizens doing research in Indian-funded think-tanks outside government can also be a reliable source of research provided the government knows how to build a relationship of trust. The first step is to ensure funding.