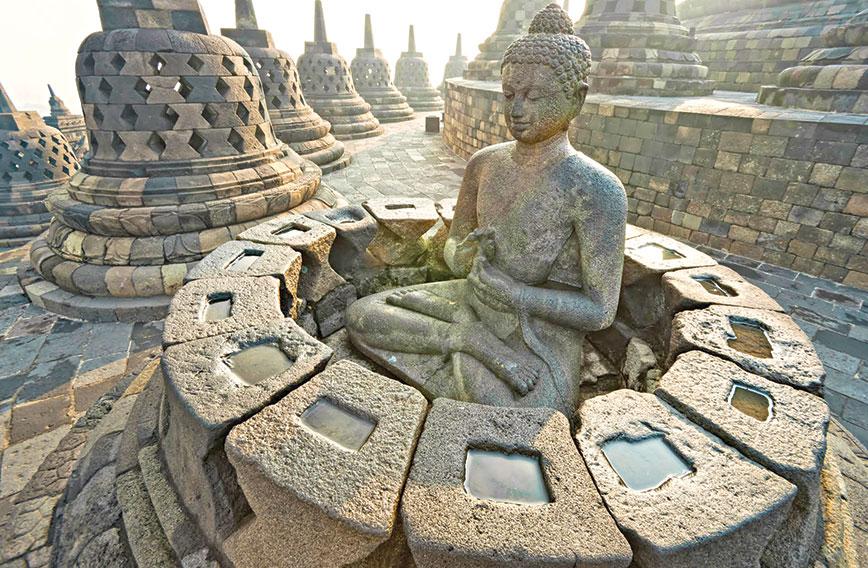 This is Sanjaya Baru's farewell column. He joins FICCI as Secretary-General.

As India celebrates 70 years of freedom from colonial rule it is sobering to recall that in the span of these seven decades several Asian nations that looked up to India at its birth are today looking behind, watching a trailing India trying to catch up. With the exception of a few laggards mainly in South Asia most other Asian nations have performed better than India on most development indicators. Nowhere is this contrast sharper than in East and Southeast Asia.

The single most important differentiator that sets India apart from most other Asian nations is literacy and the level of overall education. In higher education India is perhaps ahead of many Asian nations, but when it comes to basic education and the imparting of skills India has lagged woefully behind. This is not news but a fact that
hits one in the face as one travels around Asia.

Western development economics popularised the idea that East and Southeast Asia had done better than India because of the latter’s inward-oriented policy of import-substituting industrialisation as opposed to the former’s outward-oriented policy of export-led growth. This was not the real story, as economists at the World Bank too had finally confessed when they chose to study the “East Asian Miracle”, as it came to be called by development economists.

The East and Southeast Asian development story is a complex story of considerable diversity in policy and practice. The bottom line, as I have already said, has been the universal spread of education. Almost all member-nations of the Association of Southeast Asian Nations (ASEAN) have literacy rates upwards of 90 per cent, with only Cambodia and Laos having rates below that. As for East Asia, including China, Japan, Korea and Taiwan, their rates are close to a hundred percent. India’s average literacy rate has slowly climbed up these past two decades from below 50 per cent a quarter century ago to around 75 per cent (with Kerala and Tamil Nadu at the top and Bihar at the bottom).

More than literacy it is the spread of employable skills that has made all the difference between development and backwardness in Asia. India recognised this more than a decade ago when it launched a skill development mission. It is a mission that requires pursuit with redoubled energy at a time when the spectre of youth unemployment is beginning to haunt India again.

Here too there is much to learn from Southeast Asia. Consider just the example of tourism — a high employment generating sector. Southeast Asia attracts over a 100 million tourists from around the world every year compared to the less than eight million that come to India. India can be an equally attractive destination for international tourism provided we approach the agenda of tourism promotion as a national development mission. This requires a skilled workforce trained to deal with tourists from across the world and across India. Clearly basic education would be the starting point. The next step would be to create necessary domestic infrastructure — both the software and hardware — that makes travel and tourism convenient, secure and relaxing. Finally, India needs a visa policy that makes the idea of visiting the country less daunting.

To be sure there has been progress on all fronts. But the gap between India and ASEAN in tourism remains wide. Forget advanced and well-organised Singapore. Even less developed member-nations of ASEAN are so easy to travel to. More importantly, both places of religious importance and holiday destinations are all very well connected and maintained. Easy to access. Easy to stay in. Easy to handle. Most importantly, both government authorities and private businesses have become extremely tourist friendly.

For me, at a personal level, two recent experiences in India and in Indonesia demonstrated the enormous economic potential of tourism and the gap between potential and performance in India. In the past few months I visited two important Buddhist sites in India and Indonesia — the cave temples of Ajanta and Ellora in the state of Maharashtra in India and the Buddhist Stupa at Borobudur, near Yogyakarta in Indonesia.

To get to the famous Ajanta caves, among the most important ancient heritage sites in India with the potential to attract far more tourists than the Taj Mahal, one has to travel to a poorly connected Aurangabad town in Maharashtra. Stay at mediocre hotels in the town, after having arrived at a shabby railway station or a tacky airport. Travel on badly maintained roads to Ajanta either on rickety public transport or in expensive private vehicles. The entire experience of entry into and moving around is far from inspiring. The caves have been reasonably well maintained (I visited them two decades ago and again recently) but the overall experience is not awe-inspiring. Not much is done to educate the average visitor as to the significance of the place, perhaps on the assumption that only those who know come.

In sharp contrast, Borobudur is well connected to the world through the city of Yogyakarta (JogJakarta) in Indonesia. Foreign tourists are warmly welcomed at the point of entry. For an Indian visitor who is used to harassment by and the officiousness of immigration officials in the West and at home, Yogyakarta’s welcoming official who assures you that no visa is required if one is an Indian, offers a comforting contrast. More to the point, Muslim Indonesia has preserved this great site of Buddhism better than the Land of the Buddha has its own Buddhist sites. Borobudur is a beautiful garden of peace.

The thought that remained with me is how much employment — direct and indirect — Borobudur was generating for the people of Indonesia compared to the employment being generated by the Ajanta caves for the people of India. Tourism is a tremendous employment generator if adequate investment is made in the infrastructure of tourism. The starting point has to be in the field of education.

Twenty-five years ago Prime Minister P.V. Narasimha Rao launched a “Look East” policy asking India to divert its attention away from the world to its West and ‘Look East’ to explore and learn from Asia. More recently, renewing Narasimha Rao’s call, Prime Minister Narendra Modi has urged India not to just ‘Look East’ but to in fact
“Act East”, and build the required economic and strategic links. However, it is perhaps useful to also add that while looking and acting East, India must “Learn” from the East.  The most important lesson for India to learn, even at 70, is the need to educate its people and create the software of a modern, efficient society.