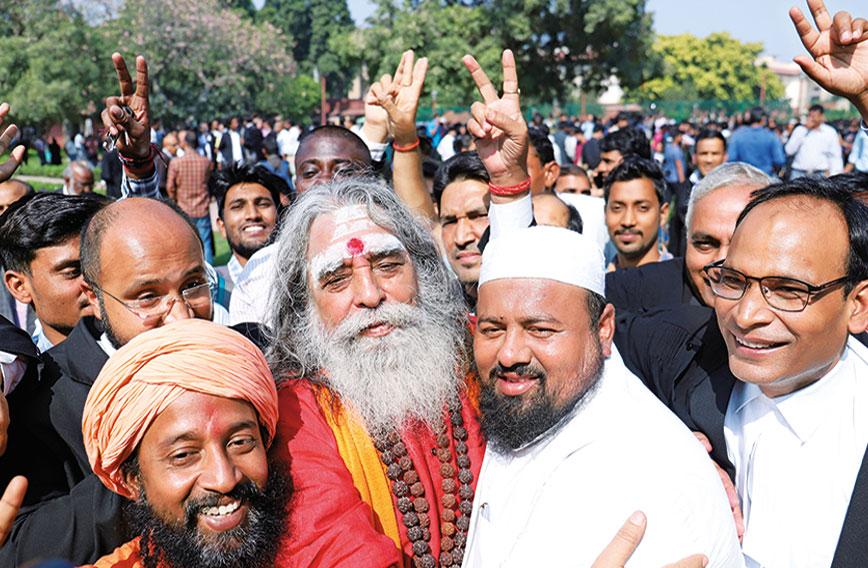 In his authoritative treatise on the Indian Constitution, The Indian Constitution: Cornerstone of a Nation, Granville Austin made the interesting point that the entire process of the drafting of the Constitution was marked by two features distinctive to an Indian style of politics — consensus and accommodation. Austin clarified that ‘accommodation’ was not to be confused with ‘compromise’. The principle of decision-making by consensus rather than majority vote, Austin suggested, was India’s contribution to modern politics and democratic governance.

Similarly, the principle of accommodation was not just one of seeking a compromise but was based on the ability to reconcile and harmonise. Compromise is 50:50, black plus white in equal proportion. Accommodation was neither this nor that but a ‘third way’, defined in varying shades of grey.

It is this notion of ‘third way’ that Prime Minister P.V. Narasimha Rao developed in his famous presidential address to the Tirupati session of the All India Congress Committee (AICC) in 1992 and linked it to the Buddha’s concept of the Middle Path.

At least one sociological and political reason why India’s wise Constitution makers eschewed the idea of majority vote and opted for consensus and accommodation would have been the fact that Indian society and polity are marked by such diversity that even the notion of a majority is fluid. If one were to think of the Indian people in purely religious terms one could say the Hindus constitute the majority, while the Muslims, Sikhs, Jains, Christians and other denominations are all minorities. However, if one were to think of India as a sum of various linguistic groups or castes then it would be difficult to divide the population into majority-minority.

India is a land of multiple minorities. Consensus-building, therefore, becomes an important way in which majority support for a decision can be secured. In opting for consensual and accommodative decision-making the Constituent Assembly was also copying a format long practised in India’s ancient assembly of governance — the panchayat. Austin called it the “art of the panchayat”. The Western mind is defined by dualism — good/bad, right/wrong, white/black, while the Indian mind has the capacity to view reality through the kaleidoscopic lens of multiple colours as well as appreciate the many shades of grey.

Austin’s insights on Indian Constitution making and governance immediately come to one’s mind as one examines the Supreme Court verdict on the Babri Masjid-Ram Janmabhoomi issue. The learned judges have advisedly avoided a ‘majority-minority’ split verdict. They opted for consensus and for accommodation. There is a little bit in their verdict for everyone. The Hindus get their temple. The Muslims not only get land for a new mosque but are also compensated by the rap on the knuckles administered by the judges on those who illegally demolished the mosque.

One commentator has said that the verdict compensates both communities in proportion to their share of population. The Hindus got four-fifths of the verdict in their favour, Muslims got one-fifth. Such political arithmetic comes out of a Western mindset. The Indian way of evaluating the verdict would be to say there is something in it for all. If proportions are to be counted then the fact is that for the Hindus Ayodhya is the birthplace of Lord Rama and therefore a particularly important holy place, while for Muslims the mosque was one of many such built across the length and breadth of India.

More to the point, the procedure adopted by the learned judges was also based on the Indian principle of consensus and accommodation. It appears the judges consulted community leaders and religious heads on both sides and urged them to arrive at a consensus that could be the basis of the judicial verdict. There is great wisdom in such an approach. After all, the verdict was not about legal principles nor could it have been only on ‘facts’. The verdict had to be constructed on faith as well as fact. Combining the two enabled the judges to arrive at a compromise.

As political scientist Rajni Kothari observed long back, the survival of the Indian National Congress after Independence and its ability to win successive general elections well into the 1970s was based on its ability to pursue the politics of consensus. As long as the leadership of the Congress ruled on the basis of consensual politics, the party remained in power. The moment it deviated from consensus-based politics and embarked upon majority-minority vote politics, resulting in the split of 1969, its decline began. The Congress managed to retrieve ground and remain in power, alternating between majority-minority decision-making styles and consensus-based politics. This enabled the Congress to return to power in 1991 and again in 2004.

Now that the Bharatiya Janata Party (BJP) has emerged as the dominant party of power it too must understand the importance of consensus and accommodation in political management in India. The BJP runs the risk of fairly quickly dissipating its support base, as we have already seen in so many assembly elections, if it persists with its top-down majority-minority model. If the BJP had learnt the art of consensus building it would have been able to form a government in Maharashtra. Indeed, one could argue that wherever the BJP has opted for consensus-based politics, as it did in Bihar during the Lok Sabha elections, it performed better than in states where it did not.

The idea of ‘unity in diversity’ is not merely arithmetical in its conceptualisation. It is not about adding up. It is a philosophical and a political concept based on the recognition of the fact that even minority opinions count. And, if there are multiple minorities rather than just one minority then their unity is not merely arithmetical but has to be based on consensus and accommodation.