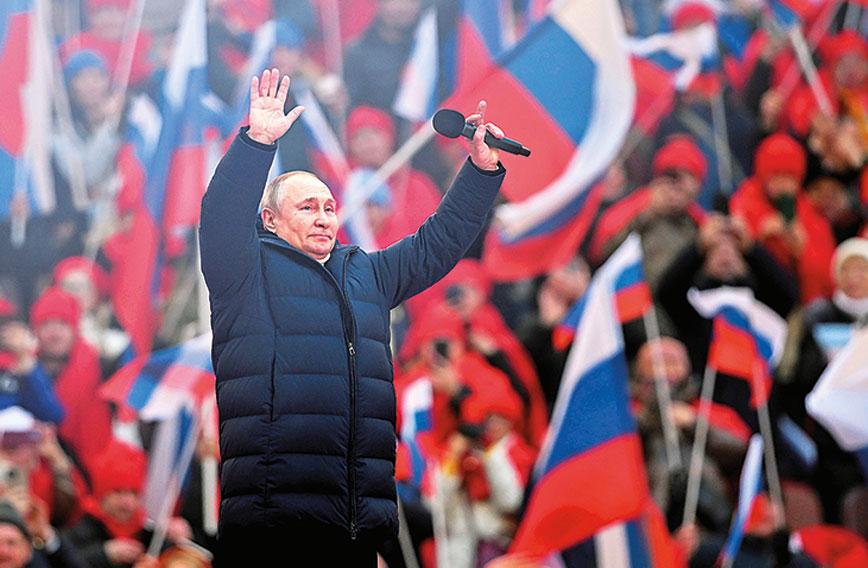 AMITAVA Ghosh’s recently published book, The Nutmeg’s Curse, exploring the historical roots of global warming and ecological destruction, tracing them back to the impact of colonialism on pre-colonial societies and global territorial aggrandizement by Europe, is an excellent reminder for a globalized elite of the ecological legacy of colonialism and imperialism. At a time when so much media attention at home and overseas is once again focused on the ‘East-West’ divide of the 20th century, due to the Russian invasion of Ukraine, it is important to remind ourselves that the ‘North-South’ divide of the past three centuries is still here with us.

Historically, the East-West divide has had many dimensions. The arrival of European colonialists in Asia created one sort of consciousness about the ‘occident’ and the ‘orient’. “East is east and west is west, and never the twain shall meet,” wrote Rudyard Kipling. Then came the Russian Revolution and the East-West divide acquired a new ideological dimension that defined the 20th century. With the implosion of the Soviet Union, the winding up of East European communism and the launch of a new globalization defined by what has been called ‘neo-liberal’ economics, this East-West divide became blurred and was slowly forgotten.

The fact that most of the rapidly industrializing economies of East Asia, including China, maintained good political and economic relations with the developed economies of the West created the illusion of an East-West reconciliation. American historian Francis Fukuyama wrote about the ‘end of history’ as if geopolitical conflict was a phenomenon of the past. Economic integration through trade, investment and financial links created a globalized economy that many imagined would blunt the edge of geopolitical rivalry.

The Russian invasion of Ukraine has woken the world up to the reality of not just an enduring East-West divide, but has also drawn attention to North-South divisions. The Western response to Russia has been to unleash what has been called a ‘battle of narratives’ in which Western media, its intellectual elite and political leadership have once again sought to impose their point of view on the rest of the world. Former United States President Ronald Reagan had deployed a Biblical metaphor, dubbing the erstwhile Soviet Union the ‘evil empire’. Once again Western political leaders have deployed the term ‘evil’ to describe Russia and its president, Vladimir Putin. A geopolitical conflict is sought to be defined in terms of ‘good and evil’.

In this binary ‘us vs them’, ‘good vs evil’ black-and-white view of the current conflict, nations are being asked to take sides. India has come under particular attack in the Western media and from Western intellectuals for not falling in line with the West. What Russia has done is wrong, but it is not the only country to cross borders and attack another country. The United States and some of its allies have repeatedly done so across Asia over the past three-quarters of a century.

Geopolitical conflict has been around for a long time and will not go away as long as nations choose to use force to secure their interests. However, what worries developing countries like India is that they have to address their basic livelihood challenges while taking care of such geopolitical challenges. While Western nations talk about adherence to a ‘rules-based order’ the fact is that they are the ones who end up making the rules and these rules have almost always favoured the rich nations. When such rules no longer favour them, the rich nations find ways to dump the ‘rules-based’ system. Thus, the United States has threatened to walk out of the World Trade Organization, even after ensuring a system of trade regulation that has benefitted the rich nations. In international relations, as in any society, the rich do what they want, the rest are expected to do what they must.

The emerging discussion on the ‘rich-poor’ North-South divide may not have occurred, or may have got blurred by the East-West narrative, but for the fact that the US chose to use an economic weapon aimed at Russia but one that has woken up the world. By imposing financial sanctions and breaching the trust on which the global financial system has been built, the US has warned the rest of the ‘dollar-dependent’ world that it can hurt any of them if they do not fall in line with its geopolitical interests. Even US-based economists like Raghuram Rajan and Arvind Subramanian have warned against what is increasingly being called the ‘weaponization of globalization’.

However, the ‘weaponization of globalization’ began much before the imposition of economic sanctions on Russia. It began with the imposition of intellectual property rights on rules governing trade and then the linking of trade to social, labour and environment standards, all of which aim to perpetuate the dominance of the developed economies over the developing. The entire climate change discourse, with pressure on developing countries to reduce carbon emissions, has been described as ‘carbon imperialism’ that aims to thwart industrial development in developing economies.

When Western powers refer to the need to adhere to a ‘rules-based order’ they ignore the fact that many of these rules have not only been framed by developed nations but in fact have been constructed to benefit them and preserve their existing dominance. For developing economies the North-South divide is a far more worrisome threat than the return of East-West antagonisms. However, by forcing countries of the ‘global South’ to support the West against the East, the countries of the ‘global North’ implicitly seek to perpetuate North-South inequality and inequities.

These issues should be taken up for a free and frank discussion at the Group of 20 summits this year, in Indonesia, and next year, in India. Indeed, Indonesia and India should work with countries of the global South, like Brazil and South Africa, to articulate the concerns of developing economies, launching a “battle of narratives” of their own. While the US, Europe and Japan are promoting a global narrative defined by their economic and geopolitical interests, the major developing economies of the South should promote a global narrative of their own, much like what they did in the 1970s when the idea of a ‘new international economic order’ (NIEO) was promoted by developing countries.