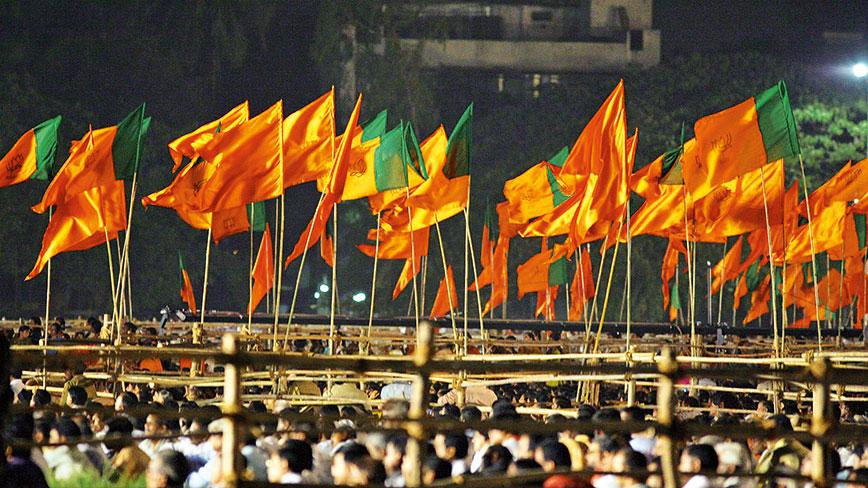 New India and the West

The United States Commission on International Religious Freedom (USCIRF) has expressed serious concern about the Citizenship (Amendment) Act (CAA) voted this month by the Indian Parliament. Stating that CAA “enshrines a pathway to citizenship for immigrants that specifically excludes Muslims, setting a legal criterion for citizenship based on religion” the USCIRF viewed CAA as a “dangerous turn in the wrong direction” running counter to “India’s rich history of secular pluralism”.

Many in India will agree with that conclusion but will question not just the prerogative that USCIRF has arrogated to itself in commenting on an Indian law passed by a democratically elected Parliament, but will point fingers at the US’s own record on religious freedoms. Moreover, the supporters of CAA would argue, the US has been happy to work with many non-secular countries that privilege one community over another and do business with countries that constitutionally bar freedom of religion. So why now target India with sanctions?

However, such arguments are not going to take India very far in convincing international opinion about the legitimacy of its action with respect to CAA. Apart from the fact that India has enshrined equality of all religions in its Constitution, it has been historically open to people persecuted for their religious belief ranging from the Zoroastrian community in Persia to the Jews of Europe. India gave shelter to the Dalai Lama and his followers from Tibet and has welcomed Tamil Hindus from Sri Lanka and Muslim minorities like the Ahmadiyas from Pakistan. Why now this tailored Bill?

Western public opinion will increasingly turn hostile towards the present dispensation in India even if the West will continue to do business with India. That is the approach the West has followed with China, criticising its record on human freedoms and rights even while investing heavily in China. India has the capacity to withstand any sanctions the US may impose, as recommended by the USCIRF, and can afford to ignore western media and civil society criticism. But the terms of engagement between India and the West, especially the US, are bound to be altered by the spate of religion-related policy decisions that the government of India has taken.

When US President George W. Bush first met Prime Minister Manmohan Singh on the ramparts of the Kremlin in the summer of 2005, he introduced the Indian PM to his wife, Laura, saying, “Meet the Indian Prime Minister, he is a Sikh. The Indian President is a Muslim, the leader of his party is Christian but it is a Hindu majority country.” Many in the West viewed that as India’s uniqueness. On the other hand, the Bharatiya Janata Party (BJP) came to power and increased its electoral base by appealing to Hindu sentiment and so it views its partisan actions as being legitimised by the democratic process. Religion will remain at the heart of political mobilisation as long as secular issues like the assurance of livelihood security, education and health for all and such issues do not become the mobilising platforms of democratic politics.

The West does not quite know how to deal with a Hinduised India, while it has learnt how to live with Islamic and Jewish nations. The ‘New India’ that is emerging is one in which the majority Hindu community is increasingly asserting its cultural and civilisational identity that is distinct from western culture and values. This has already happened in the Islamic world and the West has come to terms with it. It will take effort on the West’s part to come to terms with India’s changing identity.

There is, however, a larger issue that deserves attention. The West has viewed India, like Japan, as an Asian nation with ‘western values’. It was imagined that long years of European domination had created an India in the West’s image. Sadly, neither the West nor India’s own national leadership adequately recognised the fact that unlike the monotheistic religions of ‘the Book’ — Christianity, Judaism and Islam — Hinduism has evolved as a liberal religion of pluralism and therefore offered a fertile ground for the growth of a liberal democracy. The values of Indian democracy are as much rooted in western values of individual freedom and human rights as they are in Hindu values of pluralism, the multiplicity of gods and the acceptance of the many-sidedness of Truth.

Whether this change in India is good or bad for Indian nationhood, its unity and integrity is one dimension to the issue. The other is what would it mean for India’s relations with the rest of the world. Addressing the United States Congress in July 2005, Prime Minister Manmohan Singh proudly claimed, to great applause, “Indian democracy has been fashioned around India’s civilisational ethos which celebrates diversity. Our society today is the culmination of centuries of assimilation of diverse peoples and ethnic groups. All the major religions of the world are represented in India. We have a tremendous diversity of languages, customs and traditions. … There is no other country of a billion people, with our tremendous cultural, linguistic and religious diversity, that has tried to modernise its society and transform its economy within the framework of a functioning democracy.”

This claim was made with great pride. Given the growing assertion of White supremacy in the US and its own record of religious bigotry, this claim ought to place India on a higher pedestal. Yet, interventions like CAA have the potential to harm this personality of the Indian republic. Both Manmohan Singh and Narendra Modi have, on several occasions, proudly asserted that India’s civilisational ethos is based on the idea of Vasudhaiva Kutumbakam — the world is one family. On his assumption of office as the President of India, Ramnath Kovind claimed, “Our endeavours are not for ourselves alone. Down the ages, India has believed in the philosophy of Vasudhaiva Kutumbakam — the World is My Family. It is appropriate that the land of Lord Buddha should lead the world in its search for peace, tranquility and ecological balance.” Given this claim, any policy that discriminates on the basis of religion ought to be regarded as abhorrent
to the Indian ethos. Squaring the Vasudhaiva Kutumbakam image of India with Hindutva will remain a challenge and a conundrum.