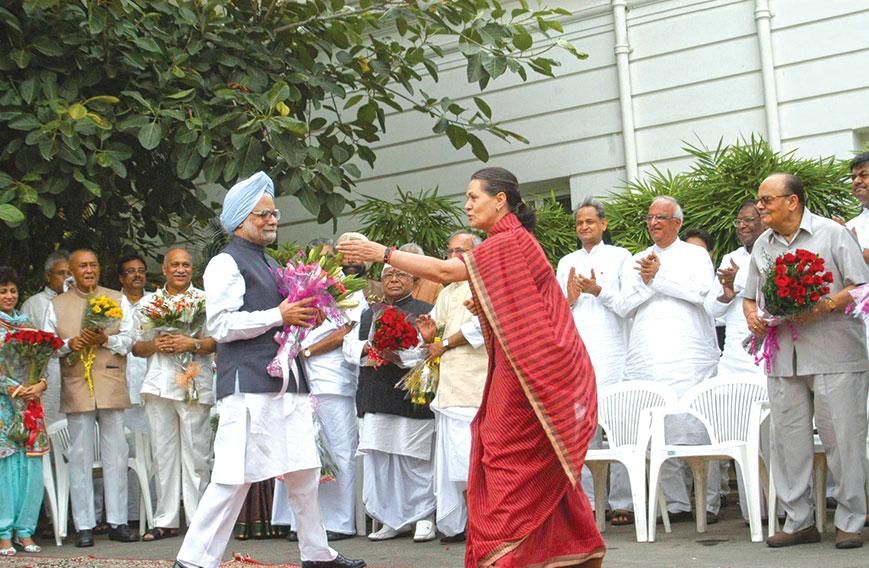 The power of loyalty

The Indian sub-continent has had several capital cities of successive kingdoms and empires, but Delhi occupies a special place. Mohammed bin Tughlak tried to get away to Daulatabad but was drawn back and even the British had to move inland from Calcutta and build a whole new capital. Indraprastha /Dilli/Delhi/New Delhi is akin to Rome, Paris, London, Moscow, Beijing and Washington, DC — all capital cities that are a world to themselves and are generally viewed by the people they govern as centres of intrigue, deception, corruption and, oddly, even wit and wisdom.

It is, therefore, not surprising that politicians, businessmen, media and power brokers of republican India still regard the power centres of New Delhi as the ‘Delhi Darbar’. Something of the medieval, feudal and colonial darbar of the past has seeped into the consciousness of Republican India.

Everyone in the capital city, courtiers and citizens, imagines that one or the other attribute of the darbar has rubbed off on them. Those who live outside are either in awe or hold the darbar in contempt. Sometimes they even fear it. During Indira Gandhi’s Emergency years of 1975-77, those who feared Delhi tried to stay as far away as possible so as not to attract the attention of the darbaris.

GOING UP THE LADDER

One of the defining attributes of a darbari in Delhi is ‘loyalty’. Not loyalty to a principle, much less a cause, but to an individual of importance in the darbar. Everyone regards ‘loyalty’ to a higher-up a minimum and necessary qualification for entry into and then elevation up the ladder of the darbar. Such loyalty is offered up the ladder, from one rung to another above until it reaches the top. Favours are then dispensed in reverse order.

Few believe that one can enter, not to mention move up, the darbar purely on the basis of one’s qualifications. Depending on the nature of the job, qualification is an attribute that could be regarded as necessary but certainly not as sufficient. Mr So & So got that important post because he was also loyal. Qualification is incidental. At best a necessary, not sufficient, factor.

When P.V. Narasimha Rao became Prime Minister of India in 1991, most political analysts believed that ‘loyalty’ to the Nehru-Gandhi darbar had paid off. Few believed he got the job because he was better qualified than available competition — the likes of Arjun Singh and Sharad Pawar. However, we now know from Congressman M.L. Fotedar (as I have quoted in my recent book, 1991: How P.V. Narasimha Rao Made History) that sometime in the early 1980s Indira Gandhi identified Narasimha Rao, along with R. Venkataraman and Pranab Mukherjee, as Congressmen ‘qualified’ to head a government.

In May 1999 I had written a column in the Times of India, making the case that if a Congress or Congress-led government were to come to power, the most qualified person for the PM’s post would be Manmohan Singh. But, when Dr Singh finally became PM in 2004, most believed that he got the job because of his loyalty to the Nehru-Gandhi family and not because he was qualified to be PM. In his first term he managed to convince many that he was well-qualified to be PM. That is why he won a second term. But during that second term many came to believe that he remained in office due to his loyalty to Sonia Gandhi.

What I have found most amusing about this idea of loyalty as a qualification for membership of the darbar is that it is an idea that has been internalised by many outside the darbar, including in the media. When I wrote a book on my four years on the edges of the darbar (Accidental Prime Minister: The Making and Unmaking of Manmohan Singh, 2014) some, even in the media, viewed its plain-speaking and truth-telling as an act of ‘disloyalty’. It’s ‘kiss and tell’, they said.  Mercifully, most readers judged the text on its veracity and style.

More recently, a political gossip columnist of an English daily referred to my using a quote from Prime Minister Narasimha Rao that gives the credit for leading the economic reforms of 1991 to Rao rather than Singh, the finance minister at the time, as an act of ‘disloyalty’ to Singh. It did not matter to her that I knew both Rao and Singh and I was merely underlining the fact that it was the PM who led the reforms rather than the FM. What seemed to matter to her was the fact that during Rao’s time I was a mere outsider while it was Singh who gave me entry into the Delhi Darbar. How can one be critical of one’s mentor in a darbar?

Thus, for those in the media who fancy themselves as members of the darbar, loyalty to the darbar is a higher attribute than a commitment to truth and facts. Make no mistake, in the darbar ‘loyalty’ is not viewed in ethical terms. It is not a moral attribute. It is an investment made by the loyalist and it is an asset secured by the dispenser of power. Loyalty is a political and an economic asset. It is not a quality to be respected, but to be valued. A political boss ‘values’ your loyalty, rarely does he ‘respect’ it.

In many democracies around the world, those who have been members of the ‘power elite’, so to speak, have written books to educate the general public about how power is wielded, how it is acquired and dispensed, and what the consequences, good and bad, have been. Those outside the darbar usually thank such writers for offering them a peek into the corridors of power. Those inside and those hoping to gain entry do not approve of such truth-telling. They call it an act of ‘disloyalty’. What they really resent is that it robs the darbar of its mystique and, in so doing, of both its power and its prestige.

Those who seek to empower civil society should, therefore, celebrate the recent trend of more and more individuals who have been functionaries of the State opting to write books on policies and personalities that define the State.

Such books should of course be judged on the basis of their factual veracity and, by the more aesthetically inclined, the quality of prose. A writer ought to be questioned about what she has written and how, not why.