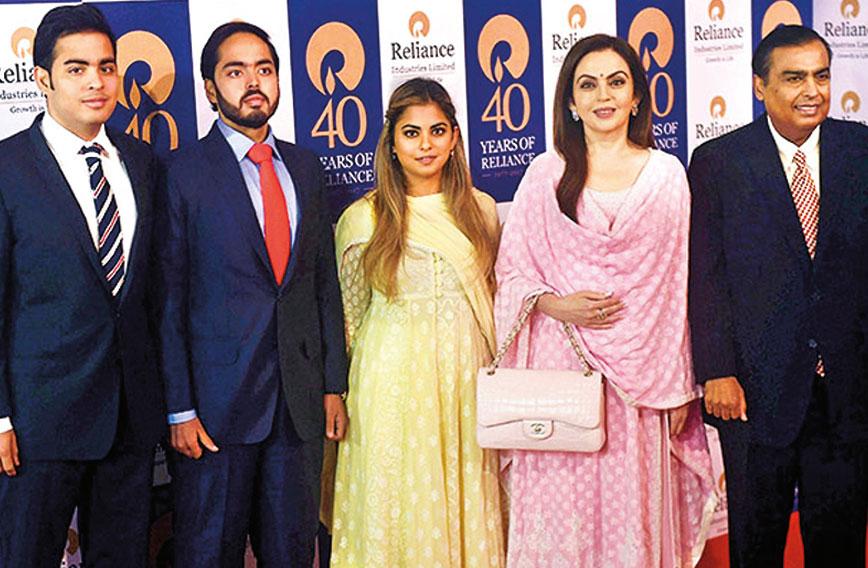 The Ambanis were quick to clarify that they were merely acquiring property, not migrating

When news of business billionaire MukeshAmbani acquiring a massive 300-acre estate in England was flashed in the media, it was widely assumed that India’s wealthiest individual had also decided to join millions of other citizens in relocating overseas. The Ambanis were quick to clarify that they were merely acquiring property overseas and would continue to remain Indian citizens and divide their time between their high-rise vertical home in Mumbai and their horizontally sprawling estate in England.

Acquiring a second home abroad is now commonplace for India’s wealthy. Many also have a kind of semi-dual citizenship, since full duality is not yet permitted by Indian law. Some hold green cards offered by the United States that permits them to own property in the US, some have Singaporean permanent resident status and some have Dubai’s business visa. There are other forms in which one can remain Indian and yet be global.

When bright young students graduating from Indian institutes of engineering, technology and management began going abroad for higher studies in large numbers it was assumed they would return home to contribute to India’s development. This was generally true until the 1970s. A new trend took root in the 1980s when these non-resident Indians (NRIs) became ‘never-returning Indians’.

After 2000 the outward trickle became a flood. Over the past decade billions of dollars have been remitted out by Indian families paying for the education of their not-returning offspring. Most of these young Indians came from middle-class families for whom foreign education and employment offered a huge status boost and a qualitative improvement in their standard of living. Once they discovered attractive overseas employment and business opportunities, most of them stayed back.

The introduction of the Liberalised Remittance Scheme (LRS) in February 2004 allowed Indians to take out their savings and pay for education, travel, acquisition of property and maintenance of close relatives abroad. Initially, one could remit out $25,000 during a financial year; this was increased over time to $250,000 per financial year. In other words, a million dollars in four years.

The LRS outflow apart, an increasing number of Indian companies have acquired businesses abroad, and are allowed to retain profits from overseas operations abroad. Many businesspersons have taken up foreign citizenship and run their business in India from overseas offices. All this is legitimate. While the media keeps splashing news about illegal transactions overseas, they now pale in significance compared to legal ones. As a consequence, it is no longer just middle-class families that wish to send their children overseas but business families also do so.

Over the past few months I have participated in discussions, given interviews, answered questions and read reviews of my latest book, India’s Power Elite: Class, Caste and a Cultural Revolution (Penguin Viking, 2021). What stood out for me in all these was the fact that the least commented upon chapter of my book was the last chapter, titled ‘Secession of the Successful’, in which I draw attention to this phenomenon — best described as the ‘flight of the elite’. India’s talented, her wealthy, her socially better-off and her politically powerful are increasingly either migrating or setting up a second home overseas.

No reviewer nor any journalist has thought it fit to highlight the argument of my book’s last chapter, focusing instead mainly on the political arguments of the first couple of chapters. This blindness to what I regard as an important chapter of my book has puzzled me. Even when I bring the issue up in interviews or conversations, my interlocutors quickly move on to some other topic. To prove that I am not being judgmental towards others, I assure my interlocutors that I too come from a family where many who have been successful have seceded or many who have seceded have been successful. The point is not to point fingers, but to come to terms with an important social phenomenon. Namely, that the Indian elite are migrating in larger numbers.

There is an important distinction in the out-migration of talent and wealth of the past and of the present. Until the 2010s, and perhaps even now, a dominant part of the out-migration has been in search of opportunity. This ‘pull-effect’ was significant given limited opportunities in the slowly growing India of the past. Though, even in the past, upper caste Indians would claim that they were compelled to go overseas for education and employment because the policy of increasing the share of reservations for socially and economically backward sections of society was depriving them of adequate opportunities at home. In other words, there was also a ‘push-effect’ contributing to out-migration.

Even as the ‘pull-effect’ remains relevant, the nature of the ‘push-effect’ is changing. Apart from inadequate opportunities at home, the growing sense of unease about future prospects and the trajectory of future development — economic and political — is increasingly worrying a wide cross-section of Indians. From urban chaos to pollution to law and order issues to communal politics and hate crimes, the rising authoritarianism of the executive, concerns about competence and corruption in the judiciary are all creating an environment that makes young Indians today less confident about their future than was the case even a decade ago.

I know many will disagree with my inferences. However, it is useful to know that data does not invalidate my hypothesis. The outward flow of foreign exchange through LRS for education and residence abroad continues to increase, as does outward investment by Indian firms. It is not surprising that the first form of travel to be permitted and restored after the COVID lockdown was lifted was the travel of students and businesspersons. Anyone willing to spend money overseas is now welcome abroad. The Indian passport may be classified as ‘weak’ because of the number of countries that require Indians to secure a visa. But money talks. The more that one is willing to spend, the easier it is to secure a visa.