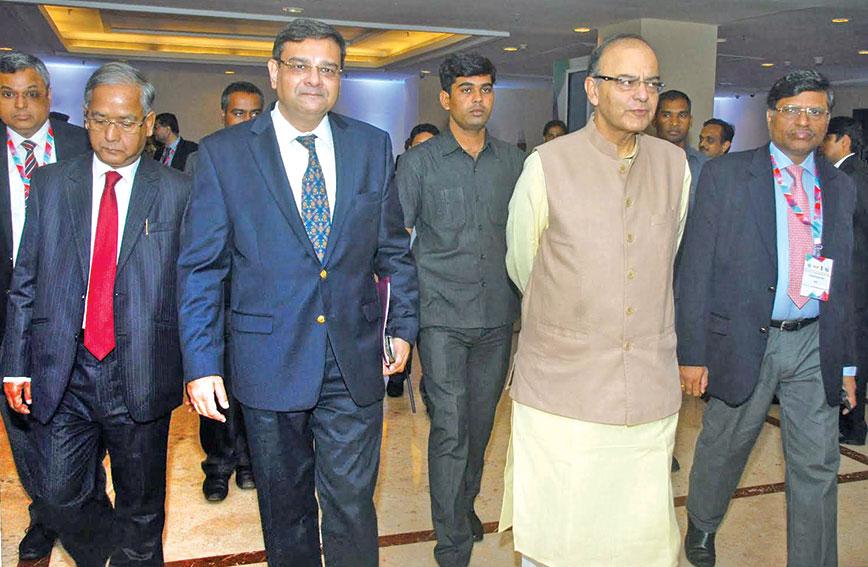 The importance of pretence

The arrival of a politically powerful leader heading a single party government with absolute majority in Parliament has renewed the debate on institutional autonomy and checks and balances within the governance system. These issues have come up each time there is a perception that the executive, rather the Prime Minister, has taken a decision unilaterally without going through even the formal motions of routine consultation through established institutions like the cabinet, cabinet committees, and so on.

The most recent instance, of course, pertains to the decision on the demonetisation of high value currency notes. We knew on day one that the Union Cabinet was merely informed and its formal approval sought at the eleventh hour and that it was then kept locked up till the PM addressed the nation. It has also been reported that only a couple of individuals in the Ministry of Finance and the Reserve Bank of India (RBI) were in the know and that both institutions had to merely implement instructions issued without prior consultation.

In defence of this manner of doing things it has been said that the PM showed leadership and courage, took a tough decision and ensured its quick, if messy, implementation. The secrecy surrounding the decision was necessary to ensure its effectiveness. While all this is okay, a controversy has been generated on the role of the central bank in this momentous monetary intervention.

The larger issue of central bank autonomy has been brought into sharper focus by former RBI governor Y. Venugopal Reddy when he made some critical remarks in a television interview. The supporters of the government and the PM have argued that the RBI never really had that ‘autonomy’ and that it had yielded to the government of the day on many occasions and many issues, including such radical policy initiatives as the nationalisation of banks and the role of the central bank in the appointment of bank chairpersons, and so on.

Indeed, the financial media has recorded over the years many examples of political bosses in Delhi issuing orders to money managers on Mint Street. Journalist T.C.A. Srinivasa Raghavan, who has studied the history of the RBI and has written extensively on it, has argued that this unequal relationship dates back to the very origins of the RBI. The idea of ‘autonomy’ is a well-practised pretence.

Appearance is as important as essence in the legitimisation of institutions. It is not merely what institutions do, but what they are seen to be doing, pretend to be doing, that makes a difference to their status and dignity.

In the case of the RBI, its ability to project its institutional ‘independence’ was always a function of the relative stature of the PM and FM. A PM like Indira Gandhi left no one in doubt who the boss was. Weaker or softer PMs gave more policy space to the governor. Consider the experience of Dr Reddy himself. As RBI governor he had serious differences with Union Finance Minister P. Chidambaram on many issues. On one occasion even Prime Minister Manmohan Singh lost his cool. A message was delivered to the RBI governor that New Delhi was not happy with him on a couple of issues. In due course some differences were ironed out, while some were not. The media sensed the tension and speculated on the differences between Delhi and Mumbai, but no one in Delhi, not even the irrepressible Mr Chidambaram, would say or do anything that would demean the status of the central bank governor.

It was only during the tenure of finance minister Pranab Mukherjee that the Ministry of Finance started pushing the envelope and deliberately slighted the central bank. While Mr Chidambaram as FM deferred to the PM and did not seek to exert too much pressure on the RBI, Mukherjee had no such qualms. After all he was an FM when Dr Singh was the governor and had no hesitation letting the governor know who the boss was. Both D. Subba Rao and Raghuram Rajan benefitted from the fact that Mr Chidambaram returned to North Block in 2012. The game changed in 2014 and reverted to a past in which the PM made sure the governor knew who the boss was.

In the specific case of demonetisation, the fact is that the PM took a unilateral decision that was then imposed on all. True. But, the PMO could easily have played the game differently by letting the governor of the central bank and the chief economic adviser in the Ministry of Finance become the principal spokespersons for the move. If Urjit Patel and Arvind Subramanian had been tasked to address every press conference and were made the main defenders of the policy move, rather than officials in the Ministry of Finance, the idea that the PM’s move was not merely political but also had professional and institutional endorsement could have been better sold to the public.

When it comes to strengthening democratic institutions what a government does is as important as how it is seen to be doing it. Even when the PM or the FM force the RBI to fall in line they should leave enough space for the governor to pretend that he was in fact not forced to fall in line but chose to do so after due consideration of the issues at hand.

One can extend this logic to other institutions as well. Consider, for example, the media. There is no reason to visibly browbeat the media, call journalists ‘presstitutes’ and worse and rub their noses into the ground to be able to get a favourable press. In a democracy, the idea of what constitutes a ‘favourable’ press should be defined in a manner that leaves space for criticism. After all, even the government should want the media that supports it to have public legitimacy. To safeguard the legitimacy of the ‘friendly’ media, it is necessary to ensure the legitimacy of the ‘unfriendly’ media.

So, be it the judiciary or the civil service, the security forces or the media, these are all necessary pillars of a modern, democratic nation and no one would be better off if any one of them is worse off. In the end, prime ministerial authority is best exercised by protecting the legitimacy of the institutions through which such authority has to be enforced. If one of them is a deviant and proving difficult, a wise leader must find ways of dealing with that challenge and ultimately doing what the leader wants to do without visibly hurting a deviant’s dignity.