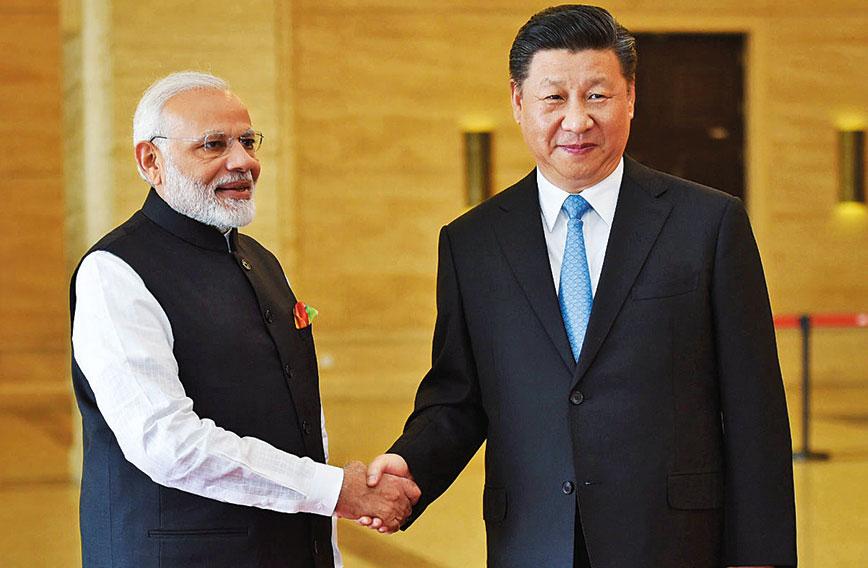 China’s dramatic and sustained economic rise over the past quarter-century has impacted the global economy and global geopolitics. In purchasing power parity (PPP) terms, China has become the world’s largest economy, while in terms of the US dollar, China is the second biggest economy. Its economic rise has altered the global balance of power. Consequently, all countries, big and small, have been re-adjusting their relations with China. Understandably, therefore, China’s rise has impacted South Asia. China’s gross domestic product (GDP) in purchasing power parity (PPP) terms has been estimated to be more than the combined GDP (PPP) of all South Asian economies.

This, in turn, has had consequences for India’s relations, both economic and political, with its near and outer neighbourhood. China’s large foreign exchange reserves, that peaked at $4 trillion in 2014 and are at present around $3.5 trillion and amount to more than the combined GDP, in US dollars, of all South Asian economies, have made it potentially a larger source of aid and investment. As a trading nation, China has acquired both exporting and importing power, with over 13 percent share in world merchandise exports and close to 11 percent share in world merchandise imports in 2017.

The direction of China’s trade has been such that it has largely exported manufactured goods to developed economies and imported raw materials and intermediates from developing ones. In Southeast Asia, China is the dominant ‘importing power’ providing markets for Southeast Asian exports. While China has emerged as a major trading partner of South Asian economies, it is more an exporter to rather than an importer from South Asia, running trade surpluses with all South Asian trading partners.

China has also emerged as an important source of aid and investment. Net foreign direct investment (FDI) inflows into China, estimated at $139 billion in 2018, now match FDI outflows, estimated at $130 billion in 2018. China’s share of world official development assistance has also been on the rise. In the period 2000-14, China was estimated to have provided $354.4 billion official funding, mostly to developing economies, compared to $394.6 billion provided by the US during the same period.

As early as in 1991, India’s National Security Advisory Board observed that “China’s relentless pursuit of world markets and its drive to seek membership of the World Trade Organisation has created new challenges for India in the sphere of both trade and foreign policy."  The note emphasised the geopolitical challenge India would face from China’s economic rise and drew attention to the possibility that China would emerge as the dominant economic partner of most of India’s neighbours.

Not surprisingly, a decade ago some of India’s neighbours even sought the inclusion of China in the South Asian Association for Regional Cooperation (SAARC) on the grounds that China was an important economic partner of most SAARC members. As Imtiaz Ahmed, executive director of the Regional Centre for Strategic Studies, Colombo, put it, “the message behind the trend of globalisation is that the region has to include China, which has now become a ‘South Asian country’ for all practical purposes. This is because South Asian countries, for example, India, Pakistan, Bangladesh and Sri Lanka, have very close and strong ties with China in terms of trade and development. In essence, it is geo-economics rather than history or culture that shape relations between or among nations in the contemporary era.”

Students of geopolitics are familiar with the so-called ‘string of pearls’ argument that draws attention to China’s growing political and military relations with India’s neighbours, especially Pakistan and Sri Lanka. However, more than its military ties with the region, it is the economic opportunities that China presents that are often cited as appealing to India’s neighbours. It has become commonplace for commentators in China and Pakistan to assert that China is a South Asian nation because of the growing geo-economic links.

What precisely are China’s geo-economic links? Has China become an ‘engine of growth’ for South Asia? Will China’s enduring trade surplus with major South Asian economies contribute to the region’s ‘de-industrialisation’? Are South Asian economies more dependent on China or India for their economic growth? These questions should be objectively addressed to understand the real magnitude of the challenge China’s rise poses to India in South Asia.

Is China an ‘engine of growth’ for South Asia? There are four ways in which a country can become an engine of growth for another: as a market, a source of investment, of low-cost finance and remittances from overseas citizens and firms.

While China has become a source of FDI, a bulk of Chinese FDI goes to developed economies and to East and Southeast Asia. South Asia’s aggregate share in Chinese outward FDI is less than 1.5 percent.

Most of China’s overseas development assistance (ODA) goes to countries in Africa and Southeast Asia. In South Asia only Pakistan and Sri Lanka have received some assistance but even this remains limited. Here again, questions have been raised both about the cost of financing and conditionalities attached to tied aid where the host nation has to accept both Chinese labour and machinery imports for projects funded by Chinese aid.

Finally, remittance flows. India is a far more important source of remittance income for South Asia’s less developed economies than China. Low remittances into South Asia from China shows that China has not been able to provide employment opportunities to South Asian labour and professionals.

In sum, China’s contribution to South Asian growth is limited. Rather, by sustaining large trade surplus with each of the South Asian economies, China may well be inhibiting growth in the region. India also runs a trade surplus with all South Asian economies, albeit much smaller. The Modi government has once again resurrected the policy of “non-reciprocity” in trade liberalisation originally proposed by Prime Minister P.V. Narasimha Rao in the early 1990s, then popularised by Prime Minister I.K. Gujral as the ‘Gujral Doctrine’. It is significant that in his very first public statement as external affairs minister, S. Jaishankar suggested India should not always seek reciprocity with her neighbours and should be generous in seeking closer economic relations. This is a wise path to walk.