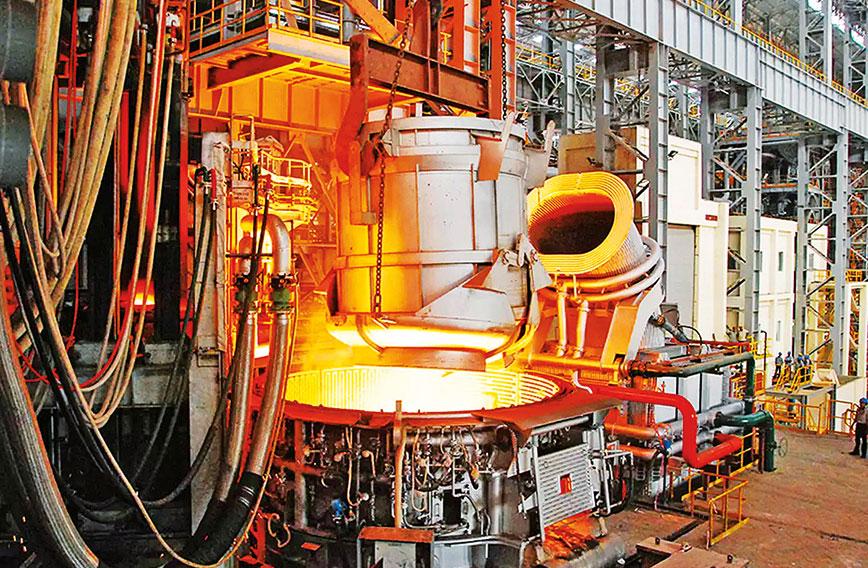 In quick succession, between 1896 and 1906, Swami Vivekananda, Jamsetji Tata, Rabindranath Tagore and the engineer, Mokshagundam Visvesvaraya, who founded the Institution of Engineers, returned from visits to Japan convinced that India should follow Japan’s path to modernize and industrialize. Visvesvaraya gave a clarion call to fellow Indians in 1898, “Industrialize or perish!” Three years later, in 1901, Dadabhai Naoroji estimated the ‘drain of wealth’ as a consequence of British rule and attributed colonial India’s backwardness to this fact in his book, Poverty and Un-British Rule in India. These ideas laid the intellectual foundations for the economic argument against colonial rule.

A generation of bright young Indians and Europeans studied the ill-effects of colonialism and feudalism on the social and economic welfare of Indians. This awareness fuelled Indian nationalism at the beginning of the 20th century with Naoroji, Gopal Krishna Gokhale, Mahadev Govind Ranade, Bal Gangadhar Tilak and others launching a movement to promote swadeshi. Mahatma Gandhi further empowered the concept by defining swadeshi as being at the heart of his call for swaraj.

These ‘homespun’ ideas were also greatly influenced by the development and industrialization experience of the Soviet Union which had emerged by the 1940s as a great industrial and military power. Thus two grand ideas began to shape Indian political thinking on economic policy by the middle of the 20th century — one, the ideas espoused by Gandhiji and Gandhians who believed in the preservation and promotion of gram swaraj, cottage and village industry and small-scale industry; second, the views of Indian business and political leadership who pushed for large-scale and modern industrialization, mimicking the Soviet model. We shall look at each of these ideas and how they shaped policy.

India and other newly industrializing economies have been usually referred to by Western economic and business analysts as ‘emerging economies’. Surely most of them are ‘emerging’ from long years of colonial rule and the underdevelopment this imposed on them. But the term ‘emerging’ hides the fact that some developing economies, especially China and India, are in fact ‘re-emerging’ rather than merely emerging. They have ‘re-emerged’ from two to three centuries of colonial rule imposed on them by European colonizers.

Through his historical and statistical work, British historian Angus Maddison estimated that in 1700 China and India together accounted for half of the world’s national income and that by 1950 their combined share was down to less than 10 percent. Even though the Indian sub-continent had been conquered over the centuries by successive waves of invaders, the fact is that by 1700 the Indian sub-continent, stretching from what is now Afghanistan to what is now Myanmar and from the Himalayas to the Indian Ocean, was home to vibrant agrarian and trading economies. India’s economic footprint spanned the Eurasian landmass and the Indian Ocean, reaching as far as the Mediterranean in the west and Vietnam in the east. The Mughal Empire and various other kingdoms outside it were reasonably prosperous and linked to the global economy.

European colonialism disrupted these links and impoverished the economy, imposing an economic system that shrank these economies. It is in response to the pain and poverty this imposed on the people of the sub-continent that a national movement emerged, demanding swaraj or self-rule and ‘freedom’. In 1947 India declared herself a sovereign, democratic republic and adopted a Constitution that created ‘India, that is Bharat’ as a ‘Union of States’. The first government of independent India soon settled down to the business of promoting national economic development.

My recently published book, Journey of a Nation: The Economy at 75 (Rupa Publications) offers a glimpse of that history.

The 1950s were momentous and were defined by the ascendance of ideas that favoured industrialization. The 1960s was a decade of crisis in which the economy became more insular and government regulation and control became more pervasive and detrimental to the growth of Indian enterprise. A gradual change in thinking was evident in the 1970s but its impact began to be felt more in the 1980s. The Green Revolution in agriculture took root in the 1970s and created a politically influential rural rich class in the 1980s. Over the 30 years from 1950 to 1980, India’s gross domestic product (GDP), or national income, grew at an annual average of 3.5 percent; and in the following two decades, 1980-2000, it grew at 5.5 percent. In 2000-2015, the economy grew at an annual average of 7.5 percent, with the so-called ‘golden years of growth’, 2003-2008, recording close to 9.0 percent growth. Since 2015 the economy has slowed down, recording an average of below 7.0 percent growth.

Through these decades, the regional pattern of development first noticed in the first half of the 20th century became reinforced by the regionally differentiated impact of the Green Revolution. Thus, western and large parts of north-western and peninsular India, including states like Andhra Pradesh, Gujarat, Haryana, Karnataka, Maharashtra, Punjab and Tamil Nadu, became the more developed states. While West Bengal was also classified as a developed state, it became far too dependent on traditional sectors like coal, jute, iron and steel, while new industries like automobiles and pharmaceuticals were located in western and southern India. For a long time, the laggard states were Bihar, Madhya Pradesh, Rajasthan and Uttar Pradesh — often referred to as BIMARU states.

The year 1991 was the turning point for the economy. In my book 1991: How P.V. Narasimha Rao Made History (Aleph, 2016) I have discussed why it was a ‘landmark year’ for the country and the economy. Not only did India come out of the worst economic crisis since the 1960s but, more importantly, 1991 marked a break from the regime of what some have called ‘bureaucratic socialism’, with its array of regulations and controls. The policies introduced in 1991 have been continued and taken forward by successive governments of different political hues.

While the first two decades of the 21st century have witnessed significant transformation of the economy, with a reduction in poverty, spread of urbanisation and the establishment of a globally competent services economy, and self-sufficiency in agricultural production, the manufacturing sector remained a laggard, despite the launch of a new ‘manufacturing strategy’ by the Manmohan Singh government in 2012
that was subsequently modified and re-launched as the Make in India and Atmanirbhar Bharat programme by the Narendra Modi government.

India entered the 75th year of independence still carrying grave concerns about poverty, unemployment, inflation and loss of global competitiveness. Despite these setbacks, in terms of purchasing power parity, India is the world’s third largest economy behind the United States and China. In dollar terms, it is now the world’s sixth largest economy, behind the US, China, Japan, Germany and UK.