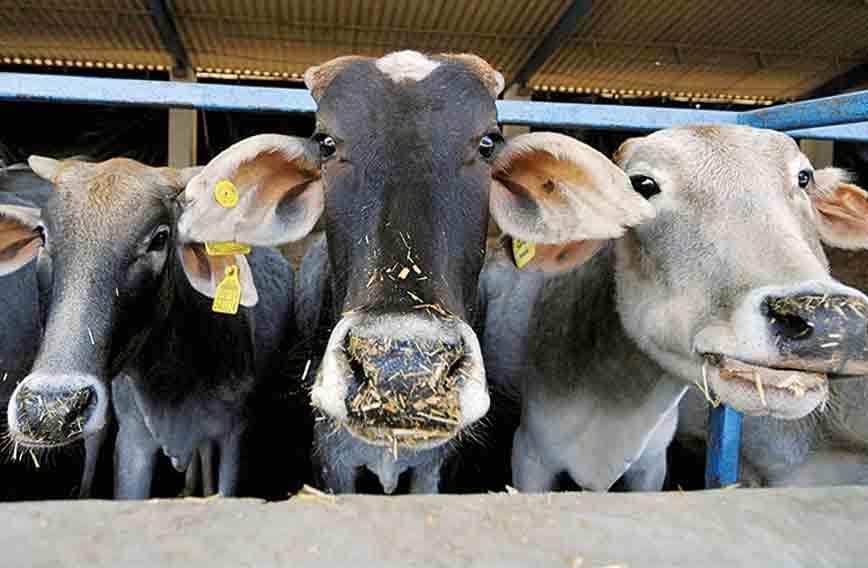 IN a country where bullocks have served humanity in numerous ways for thousands of years and, in fact, continue to do so in a large number of villages, it is likely to be deeply troubling that high-level efforts with complete official support are in full gear to prevent bullocks from arriving on Earth.

The means to achieve this is the so-called sexed semen technology aimed at ensuring that male calves (bullocks) are not born and only female calves (cows) are born. This is being done in the name of resolving the stray cattle problem. Ninety percent ‘success’, in terms of having only female calves, is claimed by promoters of this technology.

Sexed semen technology was devised in the US where patents were obtained. Then, about a decade ago, we started hearing about it in India. At first, due to patent-related factors, the spread of this technology was expensive and hence slow in India, but its promoters found ways of working out indigenous, cheaper versions which could achieve similar results. To some extent this contributed to its rapid spread. About six years ago, government support became firmer and since then sexed semen technology has been spreading fast, with a minister claiming even that ‘cow factories’ will be set up.

The Hindu Business Line reported on December 27, 2019: “The country has found an innovative solution to control stray animal population. It is implementing the sex-sorting semen technology for artificial insemination, which will produce only female animals. This will reduce the number of male calves.”

Earlier, The Times of India had reported on November 26, 2014, quoting executives of a dairy firm, that officials claimed they had already partnered with some of the country’s premier institutes for developing this technology. In sexed semen, the fractions of the X-bearing (female) and Y-bearing (male) sperm are modified from the natural semen through sorting and selection.

More recently, Business Standard quoted a Union minister as stating that India will set up cow birth factories (“Ham gai paida karne ki factory laga denge”). He said that 30 lakh doses of sex-sorted semen will be given in a year and by 2025 there will be 10 crore female cows.

Further, on November 8, 2020 the Business Line reported that India now has an indigenous technology for sex-sorting bovine sperm which would ensure birth of only female calves.

Clearly, two notions are taken for granted by the promoters of this technology. One, that bullocks are not needed in India. Second, there is nothing wrong if a few persons decide to eliminate the further advent of one gender of an animal, that too in the context of a species that has been extremely close to human beings since ancient times.

Let us check the first notion. Bullocks have traditionally performed several useful roles in villages. The foremost has been to plough fields, a role still performed in many villages. In addition, they have been used as a source of energy for irrigation and for food processing work. The bullock cart has been invaluable in rural transport, for carrying passengers, farm produce and other loads. In addition, the dung of bullocks has always been useful manure.

Due to these various roles, bullocks have been the pride of farmer and pastoral households and much affection was showered on them, just as on cows. This comes out in literature as in Prem Chand’s Do Bailon ki Katha as also in its film version, Hira Moti (with beautiful Bhojpuri music). Bullocks and bulls are celebrated in Indian culture and mythology. Bullock races used to be the main sporting event in several villages.

Some of these activities still continue in many villages although with the advent of rapid mechanization and chemical fertilizers they have reduced in many other villages, mostly in the Green Revolution belts. However, there are reasons why the revival of bullocks may be practical and desirable in at least some villages where their numbers have reduced. In times of climate change there are increasing reasons for shifting away from fossil fuels and chemical fertilizers in farming, and this may well signal the need for a revival of the many-sided useful role of bullocks in eco-friendly and organic farming, food processing and rural transport.

Before spreading this technology have its promoters thought about its various possible risks? As the ongoing pandemic has taught us at high cost, the entire issue of animal-human interactions has to be steered along a path of safety and least risk to avoid catastrophic events. For thousands of years in nature, male and female species have existed together. Now a stage comes when a few persons with myopic thinking say, Let us stop one gender from entering the world. Such human-imposed disruption of natural existence, which can be extended to other species, has the possibility of leading to highly undesirable and harmful consequences. What happens when only one gender is allowed to take birth and the other is not?

What about the quality of milk produced after this technology has spread widely? Has anyone carried out longer-term studies to rule out any adverse impacts? In case of quality loss or harm, who will be responsible? The role of science should be to contribute to better protection for both cows and bullocks instead of upsetting the entire balance.

It is one thing to think in terms of improving the usefulness of animals to human beings. It is quite another to go to the extent of saying animals exist only for human beings and if one gender ceases to be useful for humans it can be stopped from taking birth. This is a completely unethical view and crosses the limits of absurdity of human-centric extremism. It is not at all correct to say that bullocks do not have any useful role today. They do. But even if they did not have a useful role, it would be completely wrong to artificially gender contain the species. The sexed semen technology should be opposed widely and a ban sought before it can cause further harm.

The writer, a journalist and author, is honorary convener, Save the Earth Now Campaign. His recent books include ‘Protecting Earth for Children,’ ‘Planet in Peril’ and ‘Man over Machine’.