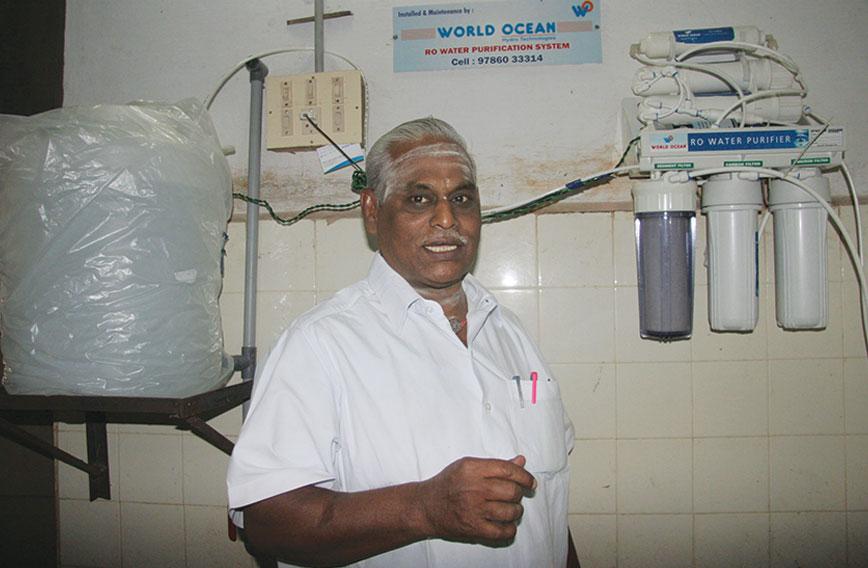 Puducherry’s BR Ambedkar Government Middle School is in the middle of a slum and headmaster after headmaster had declared that the school could not be run efficiently. It took   V. Ganesan a year to transform the school.

He installed a reverse osmosis (RO) plant so that children had access to clean water. They were also encouraged to carry water home so that they didn’t fall sick. Ganesan organised mandatory parent-teacher meetings which helped improve the relationship of parents with the school. They understood that Ganesan was doing good work and supported him.

The school offered courses in book binding and recycling waste to make products. He designed the right combination of book learning and skill building. Under his leadership, the school became a healthy environment for students to learn.

When V Ganesan joined his new post as head teacher of the BR Ambedkar Government Middle School at Pichaveranpet, in Pudducherry, he found the school in an utter mess.  Every evening a gang of drunkards congregated in the school to make merry.

They came from the surrounding slum. The school is located right in the midst of the 3,000 odd people living in the slum.  Head teacher after head teacher had given up in despair, saying it was impossible to run an efficient school with such neighbours. Slum dwellers didn’t give a damn about the school or of giving their children an education.

But in just one year, Ganesan, 59, transformed the school.  With over 30 years experience as a teacher behind him, he understood intuitively what needed to be done.  He hugely improved the quality of learning and changed the relationship of the community with the school into one of mutual respect.

“Ganesan Sir has revolutionized the school,” says Krishnamurthy, a mason whose son studies in Class 5. “We never ever had parent-teacher meetings. Now these are mandatory.”

Ganesan found that money was not an issue. Funds from the  Sarva Shiksha Abhiyan for the previous two years were lying unused and were on the verge of being returned. He added the current year’s grant to this accumulated fund and he found he had almost Rs 65,000 to spend on critical school requirements.

Clean drinking water was a major concern. Neither the slum nor the school had water of drinking quality. Students were often absent because they fell sick drinking contaminated water. Stomach-related ailments were widespread. Ganesan’s hunch turned out to be correct when he got the school’s water tested. Ganesan too had health problems. He lives in a colony half a km from the school where the quality of water is dubious. 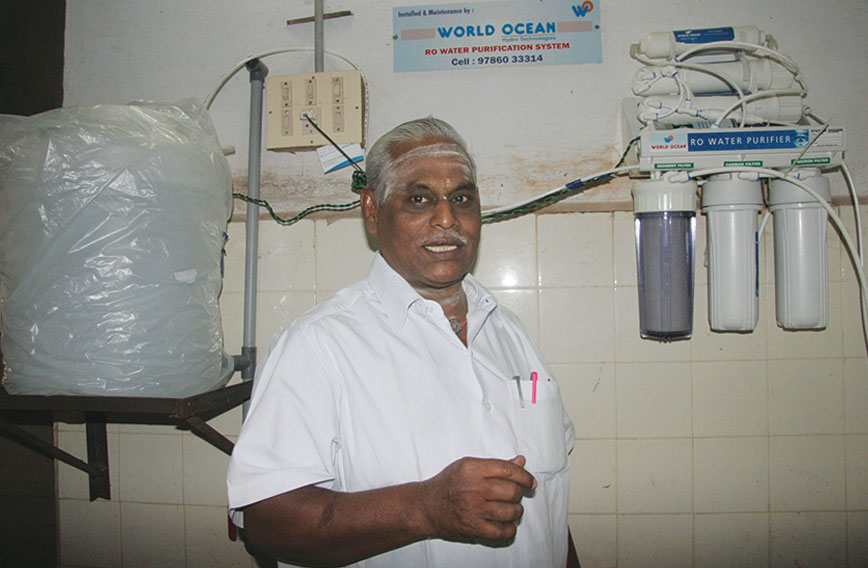 V Ganesan with the RO system

Ganesan installed a reverse osmosis (RO) plant in the school to provide safe drinking water. Now all the children get clean ‘mineral’ water and what’s more they are encouraged to carry water home so that the water they drink at home too is not contaminated.

“My own health was very bad a few years ago because of the poor quality of water I was drinking.  I feel proud that we have been able to help these children get clean drinking water,” he says.

School attendance has gone up by 40 per cent. This school has 162 students from Lower Kindergarten to Class 8.

Most parents are very poor. Some are employed in lowly jobs. Ganesan was determined to improve the school’s relationship with them.  He sent an invitation to all parents to come and meet the class teacher and head teacher. He used this opportunity to talk to them about the importance of cleanliness in the school campus. His ability to communicate and reach out can be gauged from the fact that over 90 per cent of the parents came over to the school for these discussions.

When Ganesan held a science exhibition the entire community participated and their respect for the school and its wonderful leader went up further.

“We organise a mothers’ meet periodically,” he says. “Then we hold environment awareness campaigns where we talk to parents about climate change, energy conservation etc. Whenever we invite the parents, a special  computerised invitation designed by our staff is sent to them.”  Parents had never been treated with so much respect before.

The school has also held skill development programmes for Scheduled Caste students and their parents. Ganesan says very highly respected people from their own community are invited to address the meeting and interact with the parents. The school offers courses in book binding, phenol preparation and recycling of waste to make products. 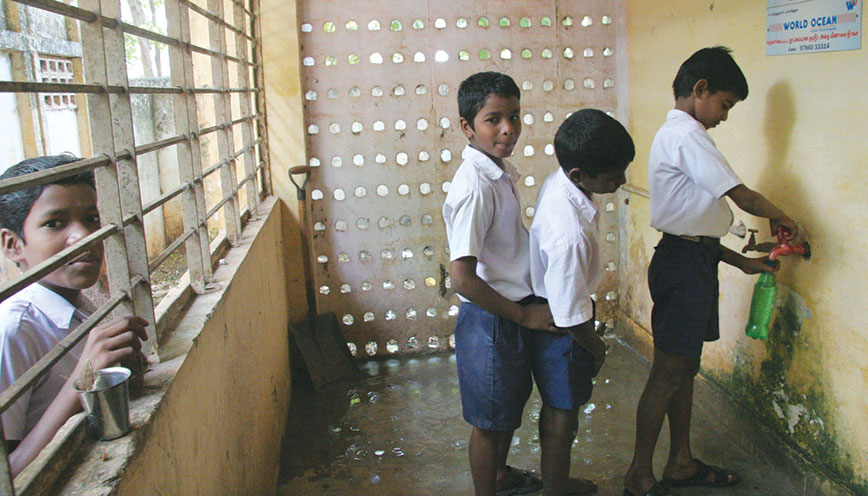 “For all our special programmes we order food for the parents”, he says. “Our intention is to tell students and parents about the importance of education. It is the only way to earn more and thereby enjoy good food.”

Ganesan got a whole lot of data and information computerised, completely eliminating the frustrating need to produce fresh reports every time. Computer education is taught to all the children now. And parents have begun to see the impact of these measures – a clean school, healthy children and regular attendance.

“Teachers are God’s gift to society,” he says. “They should work with dedication. I too hail from a very poor background but I never gave up.”