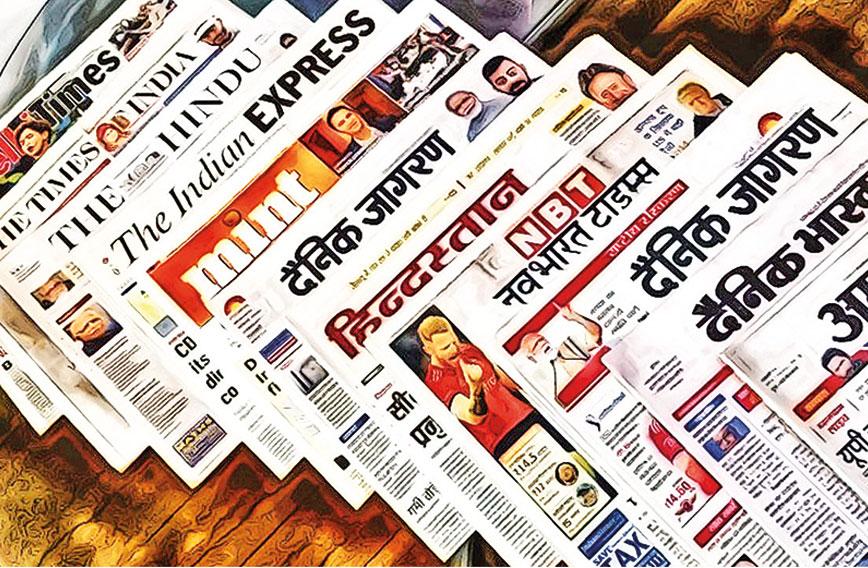 Journalists can play a very constructive role in education

When the media goofs up

Right from day one of my working life I was required to deal with the media and surrounding communities on behalf of my organisation. And quite early I realised the power of the media as well as its nature as a double-edged weapon. It can build or destroy a story overnight! It can report facts in their stark nakedness or conceal/highlight important facets in a way that effectively misrepresents the reality. If adequate care is not taken, even the visuals accompanying the text can convey a totally distorted picture to readers. With its reach and mass credibility, the media wields influence over public opinion that is quite unmatched.

My first serious encounter with the media was in 1984 when a journalist reported the death of a factory worker, saying he had fallen into the soap pan of “Double Soap” whereas the actual name of the soap was Bubble. Citing the news report, the rival company won a court case — obtaining a ban on the usage of the name “Bubble” because even the educated journalist had confused the name with “Double”. So, he had caused, in the bargain, the death of a brand name!

When a question about the effluent water from our factory was raised in the Assembly by the local MLA, the concerned journalist, without checking the facts with us, created adverse public opinion about how we were playing with the lives of thousands of people. Finally, the pollution control board clarified that the report was not true at all.

At the Azim Premji Foundation, we consciously adopted an approach of shunning the media as far as possible. There were many reasons for that. To begin with, we were not in education for publicity but for long-term impact. Second, the government was our partner in all our work and while we knew that working with the government could have several challenges, we could not hurt the relationship. Third, it was critical not to create a perception that we were trying to take credit for any successful programme.

Despite all this, there were instances when the media wanted our reactions, our opinions and details about our work. In the process, we met several types of reporters. There are the stereotypes who keep asking for event-based reactions such as after the Union or State Budget — they look for a few reaction bytes which they can report in a sensational manner. I have now learnt to tell them that budgets come and go each year — what is important is how the budget is utilised and what it achieves. There are others who call up at about 7 pm on a particular day to get one’s reaction on a very narrow point because they want to file the story by 8 pm the same day.

Just last week, a local language newspaper misreported a particular research project to which the Foundation had also contributed. The key message of the research report was that the language learning performance of children in schools of two particular districts (researched) needed improvement. However, the newspaper reported that as per the research, the teachers in those districts do not teach properly and need to drastically improve their teaching. Obviously, the teachers and the teacher unions are upset and are up in arms against the Foundation despite the fact that it has been working with thousands of teachers in the region over the past 15 years. The unions have protested in writing, advising their members not to associate with the Foundation. Thus, an erroneous media report has jeopardised a wonderful relationship built through meaningful work over more than 15 years. A lot of time is now required to clarify and rebuild trust.

The journalist could simply have (a) understood the nature, purpose and findings of the research in depth (b) verified his understanding with the researchers (c) thought of the impact the report would have on the work on the ground.

About 10 years ago, after I noticed the long-term interest of a few journalists in the education domain I offered to sponsor them for a meaningful and in-depth programme on “Perspectives on Education” facilitated by a team of some of the best educationists in the country. I said that we could pay the course fees and all that they had to do was discuss with their employers the matter of being granted paid leave for the duration of the programme. It was unfortunate that the media houses did not support this endeavour.

There are so many issues in public and private education that need to be highlighted, including the malpractices that the government and private institutions indulge in. Issues dealing with the implementation of the National Policy of Education and the National Curriculum Framework. Issues about structural reforms, inadequate budgets, poor quality of teacher preparation, suboptimal functioning of important institutions that are created to support the schools and higher education, and so on. The status of infrastructure is highly deplorable in many rural government schools. There are blatant inequities in the opportunities that the children of disadvantaged parents get, compared to those of well-resourced parents. There are gaps between promises made by various policies and programmes and the actual delivery.

The media can play a far more constructive, powerful and lasting role in constantly highlighting such infirmities. However, it has to be done in mission mode. It can be done only if mediapersons develop deeper understanding about educational issues, have the patience to gather enough relevant data, have the competence to analyse data in a professional manner and move away from sensationalism in their reporting. Essentially, we need institutions that develop competent media professionals with an aptitude for delving deeper and firmly connecting with societal issues. We need mediapersons who understand the serious implications of their work. We need media moghuls and editors to support their journalists for their professional integrity without controlling the headlines of their reports to make them sensational to merely improve readership.

Education is too important a subject to be treated as a mere “news item” in a cavalier manner. It is fundamental to re-building our nation and influencing change in society. It is the foundation of the future of our children and of our nation. And the media needs to nurture and promote everything that is beneficial for society in the most constructive manner.