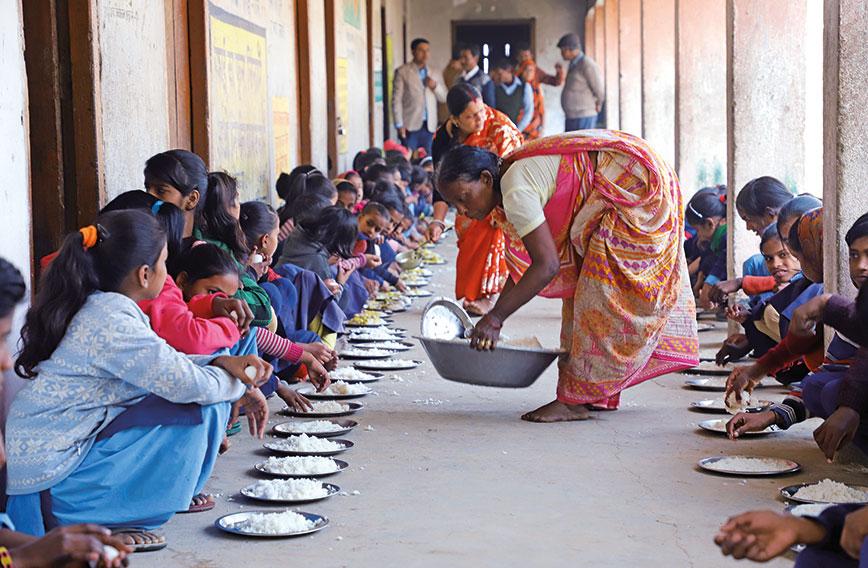 Destroy the seeds of caste

My first visit to government schools was some time in 1998-99, even before the Azim Premji Foundation became operational. The schools, in one of the northern states, were in a highly deplorable condition. Broken walls, missing windows, leaky roofs, absence of a proper playground and free movement of pigs within the premises of the school was the order of the day in most of the schools I visited. But what I liked was the way the school staff, including the principal or head teacher, welcomed us in each school. Mostly because the NGO whose members accompanied me was well known to the schools. Later, I realised that this welcoming was a sustained feature of most government schools. It becomes embarrassing when the head teacher invariably offers his or her chair to a guest and insists that he or she must sit.

What caught my attention in most schools was the tabulated information on the blackboard in the head teacher’s room. It included the name of each teacher, date of joining, gender, qualification and ‘caste’. I asked the head teacher whether it was legally binding to write such data on the blackboard. He casually responded: “Aisa nahin hai, par pehle se likhte aaye hai” (there is no legal requirement but we have been writing these details for a long time now). In effect, he was unable to provide any valid justification for writing the caste, including SC/ST status, along with the name and other details of each teacher.

A few years later, I was interacting with Class 4 children in a school in a very small village. They wanted me to see their notebooks. When I began looking at the notebooks, one of the children said something and shoved his notebook into my hand. Before I could react, the teacher slapped him hard. I asked the teacher the reason for slapping the child. He explained that the child was telling me not to take the other classmate’s notebook since the latter was a Scheduled Caste (SC) child and hence ‘untouchable’. While I did not like the teacher slapping him, I was indeed bewildered by the blatant existence of the caste system in schools. How did this child know the caste of the other child and who told him he was ‘untouchable’? It must have been his parents or neighbours who put this idea into his head.

While in urban and semi-urban areas caste lines are blurring or not being recognised, in rural India the so-called ‘low caste’ or ‘untouchable’ communities are often forced to settle outside the limits of the village. As such, children from that community are easily identified with their caste. Caste equations are further reinforced through processes such as displaying charts in the school about the ‘caste classification’ of the children as well as of the teacher. I believe education functionaries too need such data for reasons that are not clear to me.

In some states, the system of crediting funds directly into the accounts of SC/ST schoolchildren has started. These are benefits such as funds for free books and uniforms up to Class 8. As a result, the caste identity of the child wearing a new school uniform stands out. A principal told me that when funds for uniforms and textbooks used to be received by schools, they would carry out tough negotiations with the suppliers to ensure that even children not entitled to books and uniforms also got them. While crediting the amount directly to the child’s account is good governance practice, it is leading to caste-based discrimination. The probable solution is to extend such benefits to all children.

While affirmative action such as scholarships, reservations in higher education institutions and reservations in employment based on criteria may be justified, school is not the right place to give
such signals of discrimination and reinforce the caste system.

School is a place where we need to remove the concept of caste and promote constitutional values of equity and socialism. It is important to avoid all visible signals and symbols that promote the caste system among young, impressionable minds. This effort must be an important part of teacher education.

Teachers must know how to get children of all communities and castes to mix. Even today, in some schools, ‘lower caste’ children are made to sit separately during the mid-day meal. Some schools have gone to the extent of using different plates for such children. Sports activities provide a wonderful opportunity for children to team up.

Children coming from socially and economically underprivileged homes have to face several challenges. Many struggle to get two meals a day and the mid-day meal provides great relief. The confidence of such children is, as it is, low and several positive steps need to be taken to bridge this confidence deficit. Any further discrimination through visible distinction among children only worsens the situation. It is the responsibility of the school to provide a level playing field and equity for children to develop to the best of their abilities without the shackles of caste over which they have no control.