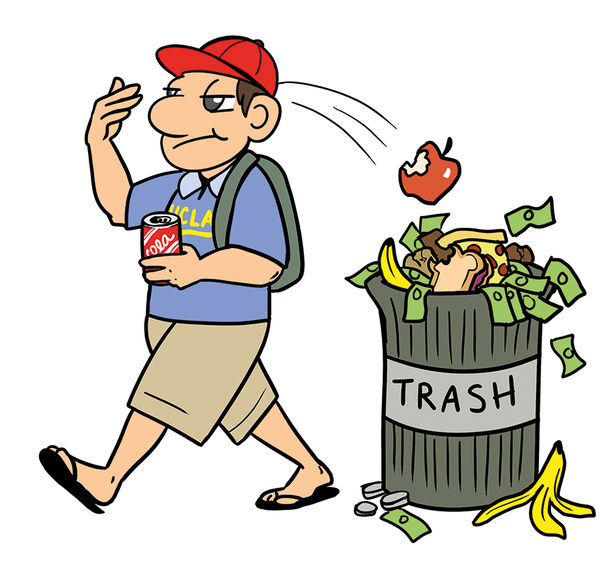 Last week I was in the historic city of Vijayapura (earlier Bijapur) after almost 15 years. The Azim Premji Foundation has a team of over 15 members based in the district. The neglected city of Bijapur probably has the highest density of monuments in India which include the world famous Gol Gumbaz and Ibrahim Rouza. While the old monuments were a familiar sight, the rest of the city has undergone significant changes. One conspicuous change is the emergence of new hotels; they look outwardly sophisticated but their core operations are quite primitive, which is mostly attributed to lack of high quality training of their staff.

However, it is the behaviour of their guests that is even more backward. Being at these so-called sophisticated hotels is almost a status symbol for them. Their conduct at these places is deplorable. Loud conversations, loud talk on cell phones, ignoring how this disturbs people all around, littering tables and the floor, treating waiters with arrogance  seems to be the usual practice. The head waiter appeared helpless and resigned to the situation. My colleague and I were left wondering — why are these basics of social conduct not learnt in school?

Back in Hospet, in another reasonably nice and well-equipped hotel, about 80 students from a very reputed Chennai school were staying for two days. They were on an educational trip to the World Heritage Site of Hampi. At around 10 pm they assembled on the central lawn and created a ruckus — totally insensitive to the fact that many guests could be sleeping, resting in their rooms or watching TV. The noise continued until midnight and the hotel management had to enforce some discipline. When the students left for their rooms, the beautiful lawn and the fountain in its middle were littered with food leftovers and tissue paper. Even the lifts were not spared of garbage. My colleague and I again wondered why even students from reputed schools did not learn manners and understand that they should not be a social nuisance.

On the road back to Bengaluru, near Chitradurg, we were stopped by the police and our taxi driver was fined `100 because he was not wearing a seat belt. We had not noticed this earlier because he found a way of tucking the belt in the socket from behind his body (without actually wearing it). After paying the fine, he continued to not wear his seat belt and had no qualms in admitting that he had never worn a seat belt while driving. Such conduct by a young driver in any country outside India would be unimaginable. His notion was that the seat belt was worn for the police and not for his own safety.

Closer to Bengaluru, while passing through the last toll booth, the driver of the taxi ahead of us threw a currency note of `10 at the toll collector and drove off. The actual toll fee was `20 per vehicle. So that driver paid `10 less. The toll collector did not issue any receipt and benefitted by `10. I don’t think they even considered this a malpractice or a bribe. In their opinion it was a brilliant quid pro quo! My colleague and I wondered, how do these people have the courage to blatantly indulge in such practices without realising the moral and ethical issues involved? Isn’t this something that ought to be focused on in the early years at school?

Why is it that you don’t find such basic ethical problems, dishonest practices or indiscipline in some of the developed nations? Why is it that the parents in these nations ensure that their children wear seat belts, use children’s seats, follow queues, learn social etiquette and manners early in life? Why is it that the systems in such nations don’t allow corruption at the level of the common man? How do they successfully hardwire certain fundamental principles of life and society among their young ones?

There are several reasons for these differences. The most important is parental role modelling, social influences, educating children on crucial issues and strict enforcement of discipline by the law and order machinery.

Awareness of social norms, expectations of behaviour in society, sensitivity towards concepts such as equality, respect for others, acceptance of socio-economic differences and the importance of following the law of the land are explained to children at a young age. Education is deeply connected to people’s lives.

Even in our own National Education Policy, issues such as sensitivity, empathy and respect for others, understanding of constitutional values that ought to govern social practices and rational thinking are key pillars of education. However, our current education system is primarily focused on cognitive learning — that too in a rote memorisation manner. We have failed to develop the above values among our children. We not only don’t attempt to develop these values, we don’t even assess whether such attributes are developed at the end of the learning process. The teachers are not even trained to develop these abilities among students.

We are forgetting the power of teachers and the power of school education in developing future responsible citizens of our society. My friend’s grandson stopped eating chocolates and sugar for a few weeks because the teacher said sugar causes cancer. He is reluctant to travel by aeroplane because the teacher in some context said it was dangerous to travel by air. All these examples drive home the tremendous influence that teachers and the education system wield on the minds of students. If the same system invests in issues such as civic sense, toilet manners, traffic discipline, sensitivity about what impact our actions have on our surroundings, environment, society and people around us, it would certainly have the power to lay the foundation of the very society that is envisaged by our Constitution!

India has struggled with several issues related to education such as enrolment, basic literacy, infrastructure, teacher education and inadequate quality of educational institutions that are supposed to support the education system. It has suffered due to lack of necessary financial support, inadequate teacher-pupil ratio and the absence of an overall long-term educational vision. This has taken a huge toll on the kind of individuals that the school system is adding to the social system.

As a result, the fundamental goals of education – especially of developing the values that would help us become a cultured, empathetic, law-abiding and evolved society — are continuing to be illusive. We are not honouring our constitutional commitments. We are also missing a wonderful opportunity to develop young minds that would contribute to a cultured society.