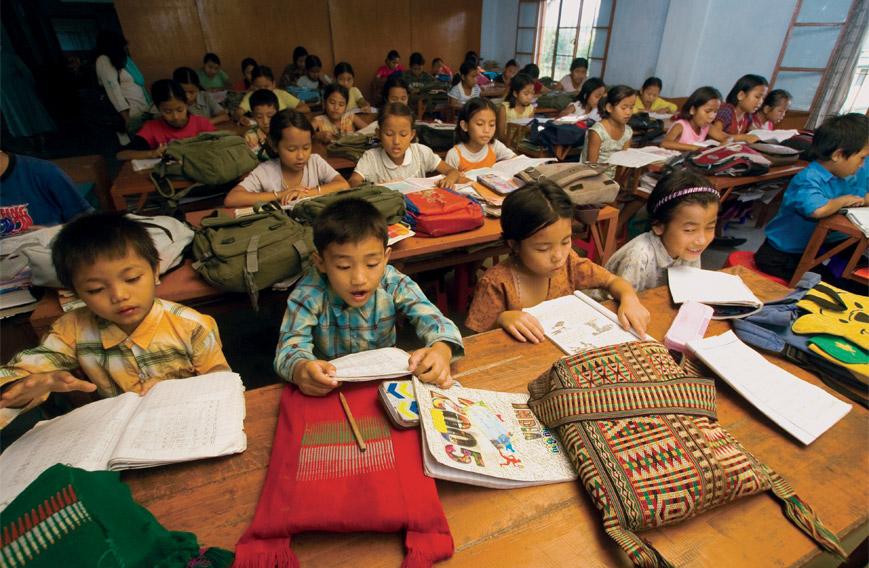 Sometime in 2007 I was invited to facilitate a session with a group of about 35 high-quality faculty members in one of the Institutes of Advanced Studies in Education (IASE). The topic was “Evolving a Framework for Faculty Development”. The discussion began with “what is your concept of education” and soon I found that people had extremely diverse views on what constitutes “good-quality education”. It was important to create a shared understanding on this before we discussed how we wanted to develop ourselves to contribute to good-quality education.

I proposed that we used the existing framework of education that India has committed, to based on three important reference documents – the Indian Constitution (that articulates the kind of society we want to be), the National Policy for Education (1986) and the National Curriculum Framework 2005, which was evolved barely two years ago. Being a relatively new document, the National Curriculum Framework 2005, was the focus of a lot of discourse in the country, during that time. In fact, the Azim Premji Foundation had organised five regional conferences that were open to people who wanted to know more about the curricular framework and what went into formulating it. The conferences were facilitated by people who had directly contributed to the various chapters in the framework.

On my subsequent visits to schools and in my interaction with thousands of head teachers and teachers, I realised that most of them had barely heard of the National Curriculum Framework and very few, if at all, had gone through it in depth and understood the import of its content. Nor were they aware of the State Curricular Framework. As a result of this, most of them were unable to engage with very important issues such as the purpose of education, the purpose of teaching a particular subject or how a subject contributes to the overall development of the child.

Any good curricular framework attempts to define and elaborate three critical aspects of our education: First, what is worth learning; second, what are some of the good processes to make such learning happen; and third, how do we know that such learning is happening.

The first aspect defines the philosophical agenda of education in a given social context. The second aspect deals with the classroom processes and pedagogical aspects that are most conducive to realisation of the potential of learners. The third aspect deals with continuous evaluation of not just the learner but also the process of learning and therefore the effectiveness of the classroom strategies deployed by the teacher.

The curricular framework is intended to provide a perspective on education to all those who are involved in the process of organising a quality education system – starting from the Education Minister to the teacher who finally interacts with the learners in the classroom.

If a majority of the people engaged with the education system are unaware of the depth of such a framework, you can well imagine whether such an education system would be able to achieve the national goals of education.

As opposed to the current status of a serious lack of an ‘education perspective,’ if we build such a perspective at all levels in the education system, I can visualise several good things happening at both the strategy and ground level:

Second, such a perspective would educate and inform our political and bureaucratic masters to evolve long-term policies that would transcend individual political interests and allow the nation to focus on an agenda that is in the larger interests of society. Both politicians and bureaucrats would be compelled to allocate necessary budgets and quality human resources to realise this long-term vision. The nation would invest in building institutions (universities and schools of education) that would continually develop top- class education professionals with competence in several aspects of education.

Third, our teacher education would be completely overhauled in the way countries like Finland and Sweden did some 40 years ago to develop and prepare teachers that would be such important pillars of both our society and our education system. By building a rigorous five-year teacher education system, they made it difficult for anyone to become a teacher. We would invest in developing an “Indian Education Service” cadre competent to deal with long-term, deeper issues involved in education. We would invest in developing our school leaders who would be adept in dealing with  academic, administrative, cultural and developmental issues that they are responsible for leading at the school level.

Fourth, we would move away from currently largely “memory-based” education to something that promotes comprehension, application, critical analysis, independent thinking, creativity, scientific temper, sensitivity and empathy towards fellow human beings, the importance of commitment to Constitutional values, universally accepted values such as pursuance of truth, non-violent behaviour, importance of dialogue and adherence to the established law of the land. This would transform several things – ranging from the belief system of teachers and parents about children, classroom processes, the way we evaluate children’s performance (both continuous assessment and the periodic examination system) and the way we develop future members of our society.

If we don’t address this “crisis in perspective of education”, we will continue to administer an education system that is meaninglessly engaged with rituals, announcements, programmes, tinkering of policies and fragmented decision-making, with very little contribution to genuine quality of education. Our dreams of the “kind of society” and the “kind of superpower” that we want to become will remain on paper and we will continue to be a “developing nation” forever.