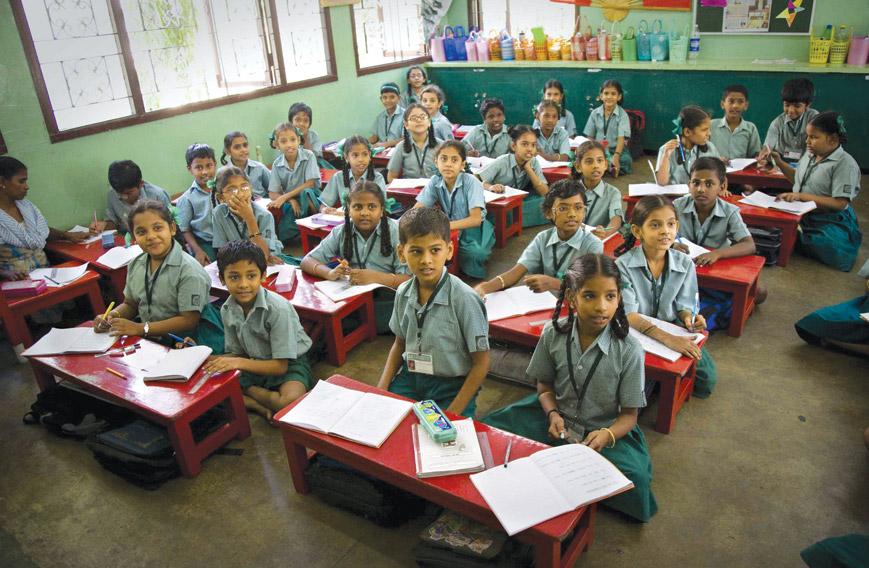 Spare the rod, save the child

In 2003, my colleague, MN Baig, and I were visiting schools that were part of the Accelerated Learning Program of the Azim Premji Foundation. In a school in Gulbarga (now Kalburgi) district, I asked the headmistress, pointing to a teacher carrying a stick, “Why, in so many schools, do the teachers carry canes?”

Unfazed, she replied, “Sir, the children in rural schools are very thick-skinned. They are not like our urban children. The only language they understand is that of the cane.” I was shocked to hear this philosophy espoused by someone who was the custodian of the culture of the school and responsible for the future of those young minds. In her, I saw a jailor who believed that inmates deserved to be treated with a certain cruelty — without which they would not be reformed.

Thereafter, I witnessed this in many schools. The male teachers, especially, would always carry a cane and would not hesitate to use it on the children. When asked why they carried the cane, they would come up with lame excuses like: as an indicator when showing maps. One gave a hilarious explanation: he slapped the cane against his trousers so that the children knew he was entering the class.

Despite clear provisions in the Right to Education (RTE) Act, punishment of children — physical or mental — continues unabated across the country. In many ways, it is a reflection of centuries of societal mindset. For hundreds of years, people have believed that punishment is an effective way of disciplining children and making them do what we want.

When we started the Azim Premji Foundation Schools among remote and disadvantaged communities, there were two complaints from parents in the initial months. One, our schools did not give homework; second, their children were not punished. They went to the extent of saying that our schools pampered the children and promoted indiscipline.

Today, some 24 months later, they have realised the importance of bringing up their children through dialogue, self-commitment and self-realisation. They too have stopped beating their children at home. The children have become far more self-confident and don’t need threatening, shouting or beating to make them do anything. In fact, there are several children who earlier did not participate in activities or did not speak much but have now become very active and expressive.

At times, my daughter gets frustrated with her seven-year-old son and shouts at him and, though rarely, even uses physical force. My wife and I remind her: “Did we ever intimidate you when you were a child?” She agrees that we did not but then argues that she was a more disciplined child and did not need to be coerced.

I am often asked questions by some of the new members of the Foundation: “What is wrong if a teacher, once in a while, uses punishment to enforce discipline? Doesn’t a mother too punish her child?”

I am always open to debate and discussing issues on merit. However, on one issue — corporal punishment — I refuse discussion. We cannot debate law in a private forum or on the streets. Corporal punishment is prohibited by Section 17 of the RTE Act and it is not debatable. If you want to change it, you will have to follow the process of changing it in Parliament. Nor is it open to interpretation, finding loopholes or arbitrary partial implementation as per people’s convenience.

At another level, those who want to use punishment as a means of child reform seem to be coming from an archaic belief system about the child and human development. The old system used to believe that children are essentially defective and need to be ‘repaired’. And the only way to repair them is to ‘reward’ them for predefined ‘good’ behaviour and ‘punish’ them for not conforming to such norms.

The concept of punishment is not new. It exists even in our mythology. About 50 years ago, I experienced a draconian teacher of handcraft who used sharp objects to slowly tap on our palms and also pinch us where it hurt the most. He was creative in inventing newer methods of punishment each day and even the girls were not spared. Our history teacher once slapped a girl in our class so hard that she fainted. The entire class protested and went to the school supervisor who, sensibly, reprimanded the teacher.

The RTE Act also covers ‘mental harassment’ that includes a range of methods, from shouting at the child to humiliating him. On most occasions, the scars of mental harassment can be far deeper than of physical punishment. Some of my schoolmates are still unable to get over the treatment that was meted out to them by certain teachers — some 50 years ago.

The most critical stakeholders who need to be sensitised and educated on this issue are parents and teachers. Our experience in the Azim Premji Foundation Schools assures us it is very much possible to bring about change in the way both these stakeholders view this issue. The most powerful way of demonstrating the futility of punishment is by practising a constructive way of dealing with children.

A teacher is often required to deal with 30 to 40 socially and economically diverse children in a classroom. Unless she is equipped to deal practically with such complexity, she would tend to use her own methods of dealing with it and this could include punishment.

Punishing a child in any manner amounts to breaking a law or committing a crime.

Punishment has the potential for far-reaching negative impact for the child and society. We cannot ignore the suicides of thousands of students each year – arising out of the fear of punishment or humiliation by parents, peers and teachers.

As John Holt said, fear, boredom and confusion are the three key reasons for failure of children to realise their potential. And punishment creates fear in the mind of a learner.