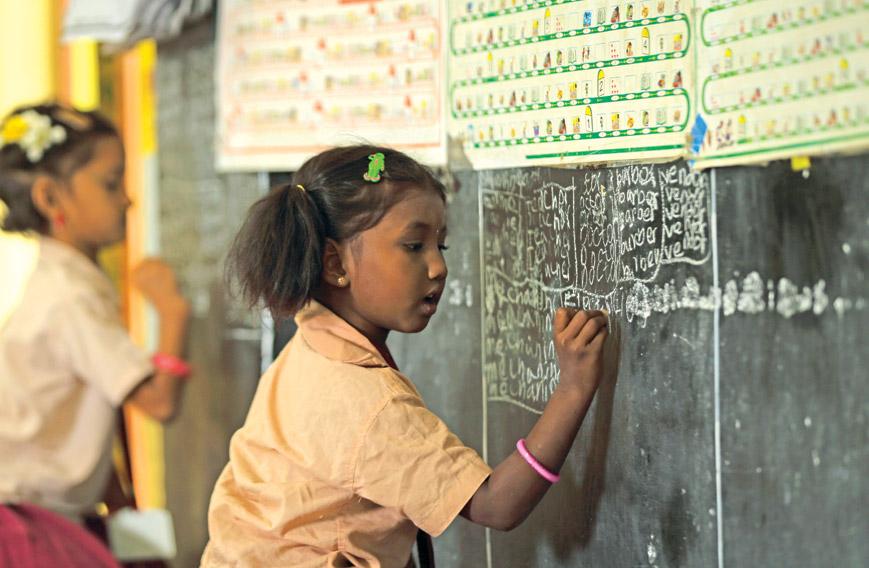 Schools with just one teacher

One of the states in our country has a district that has 44 per cent of schools with a single teacher. When I first heard about it I couldn’t believe it – but the statistics published by the government confirmed it. Since we work with government functionaries fairly closely, I asked one of the Block Education Officers how he managed such a large proportion of single-teacher schools. He laughed it off and told me, “Leave aside the single-teacher schools, sir, I have 127 schools in my block that have no teachers.” I was astounded. “How do you manage?” was my obvious query. He explained, “Through internal adjustment.” I quickly realised that he was managing through informal transfers — which meant there were actually more schools with single teachers because he had drawn from the multiple-teacher schools.

What is the genesis of this problem of poor teacher-pupil ratio in our country?

Around 2000, the government took a decision that was prudent in the context of the situation prevailing then. It decided that if children were not coming to school, it must take the school to where they lived. Thus, a lower primary school was opened within a kilometre of every habitation and a higher primary school within three kilometres. In fact, many states followed an approach of opening a school in any habitation that had more than 20 children of school-going age. It was the need of the hour, given the fact that India had close to 59 million out-of-school children. Subsequently, for several reasons including concerted enrolment drives by many state governments and widescale realisation by parents that education is probably the only passport for their children’s future, unprecedented gross enrolment rates were achieved that went beyond 100 per cent for some time. That the dropout rates also persisted is another story.

However, the pace of appointing teachers did not match the rate of enrolment of children. There are states that did not appoint a single teacher for more than five years together. No state government has so far officially offered any plausible explanation for not appointing teachers. There could be multiple reasons — some of which could be:

– Unavailability of adequate budgets, and consequent unwillingness of the government to create a long-term liability.

– Political decision to not recruit teachers for several reasons.

– Inadequate understanding of the ground-level situation by both bureaucrats and politicians.

– Not understanding how the situation will unfold once the backlog of out-of-school children is tackled.

– Not understanding the impact of exodus of children from government to private schools — some government schools had to be closed down due to lack of pupils.

– Inability to rationalise the distribution of teachers between urban/semi-urban areas with better access as opposed to schools situated in remote areas — this includes unwillingness of a large number of teachers to be located in remote schools and exertion of political pressure for teacher postings.

As a result, we have over 100,000 schools with lone teachers. The percentage of single-teacher schools varies from state to state and district to district. At the national level, this has led to over 75 per cent of schools having a multigrade situation with one teacher being compelled to teach students in several grades in the same classroom. The situation becomes aggravated when there is also a shortage of classrooms despite provision of large budgets in the period 2000-2010.

It is unfathomable as to why the states tolerate the existence of single-teacher schools despite their stated commitment that every school will have at least two teachers and despite clear legal provision by the Right to Education Act for maintaining a prescribed ratio. In a single-teacher school, the day the teacher is absent for any reason, the children are left to themselves.

The teacher-pupil ratio is not merely a technical issue of showing a certain ratio on paper. It has major ramifications on the quality of education in the classroom. It is the single major enabler in practising several tenets espoused by our National Curriculum Framework — such as the centrality of the child in the process of learning, providing individual attention to the child, continuous and comprehensive assessment of children and so on. If we don’t provide this all-important input in the education process, any talk of improving the quality of education is useless.

If providing the required number of teachers for every school has become physically (due to the remoteness of schools) and economically unviable, we must seriously review the earlier approach of providing a school in every habitation within one or three kilometres or providing a school where 20 or more school-going children live. We must think up and implement innovative solutions like consolidation of several smaller schools into a large, fully equipped school that meets all requirements of quality education. We already have a few sample schools, like the Navodaya Schools that meet various infrastructural and educational requirements and are clearly performing better. There are other government schools that have the appropriate teacher-pupil ratio — which has forced several private schools in a radius of 20 km to close down.

Probably the biggest enhancer for ‘Brand Government Schools’ would be to have
one classroom per grade and one teacher per classroom.