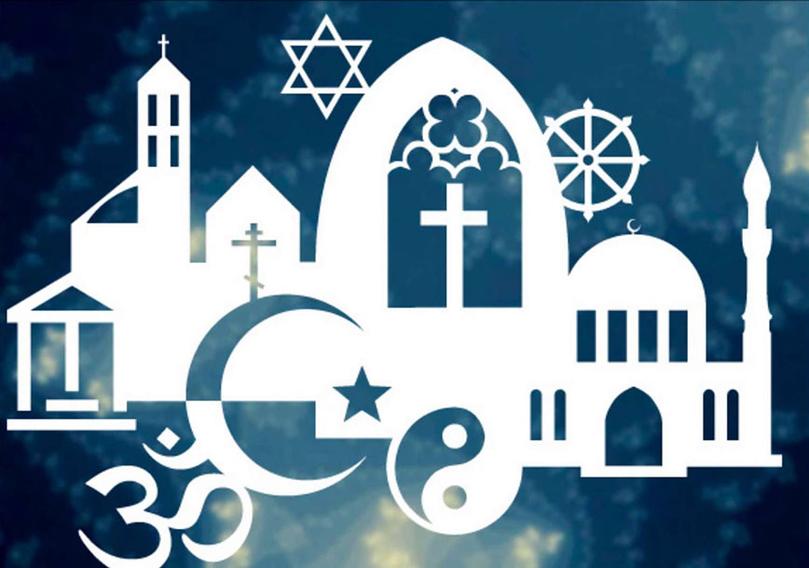 A few days ago, someone circulated a message titled ‘Calendar of Indian Festivals in 2019’ on WhatsApp. Out of sheer curiosity I took a closer look only to realise that it essentially listed just Hindu festivals and only one national holiday — Republic Day. The sender was a long-time friend and a socially aware person who teaches in a premier management school. It could be that he simply forwarded the message without applying his mind or there was a deepset tendency to treat India as Hindu!

After reading one of my recent columns, “Non-secular Education in a Secular Nation”, some readers urged me to write on how education can become more secular in our schools. This column is an attempt to make some specific suggestions.

Some realities: Census data reveals that around 20 percent of the population in India consists of non-Hindus. Given the current population, around 1,360 million, the population of non-Hindus stands at 272 million. Only two other nations — China and the US — have a population higher than that of the minorities in India. Therefore, given the sheer numbers of non-Hindus and the constitutional mandate of being a secular nation, we have to not only constantly recognise the existence of minority religions but do everything to establish our secular nature.

Our educational institutions are the best places to begin this agenda.

The National Policy on Education, while describing the “Essence and Role of Education” has clearly enunciated “furthering the goals of socialism, secularism and democracy enshrined in our Constitution” as one of the crucial roles of education. Given the historical background of our nation, its extensive diversity, its deep-rooted belief systems and the realities on the ground, implementing the secular agenda is easier said than done.

It would need a combination of concerted effort, political will and definite strategies deployed at every stage of education. These strategies will have to be implemented in an orchestrated way by policymakers, administrators, curriculum developers, textbook writers, school leaders, social media, political masses and, above all, by parents. Messages have to be consistently reinforced by all constituents of society.

The political leadership has to make it a point to deliver an unswerving, powerful message to the masses at every possible opportunity. It could be the prime minister speaking from the Red Fort on Independence Day or the president of India in his Republic Day message or the chief minister / education minister or the minister for culture of each state at an appropriate place. Besides, political leaders at all levels must be role models for this message and practise what they preach. Messaging to bureaucrats and administrators must also be equally clear. They, in turn, must ensure secular practices across their organisations.

They must carefully identify practices in their departments, schools and classrooms that can promote secularism in its true sense. There are many schools inside religious places, like temples and mosques, and therefore surrounded by a religious atmosphere of a kind. There is nothing wrong with this.

However, school leaders and teachers in such institutions must be extra sensitive not to force one particular faith on the others and allow festivals of other religions to be celebrated. Holidays declared by institutions must factor in the presence of all religions though the quantum could be determined according to the proportion of the population.

It is common practice in thousands of schools to have a statue of Saraswati, the mythological goddess of knowledge and wisdom among Hindus. Prayers or poems are recited every morning. Administrators must communicate to students that the emphasis is not on the religious and ritualistic recital of such prayers but on understanding the symbolic and philosophical significance of the presence of such a statue. The administration can also provide guidelines on how assemblies, sports events and other co-curricular activities in school could be effectively used to promote sensitivity, collaboration, inclusivity and empathy.

Given the education mandate to develop children as independent thinkers with necessary cognitive and affective abilities as well as to enhance understanding of constitutional values, even the teaching of subjects must be aimed at developing these abilities and not merely at rote memorisation of content. Textbooks should stop resorting to stereotyped symbolism like showing religious integration through a few pictures of children with tilaks on their foreheads, a few wearing skull-caps and a few wearing a cross.

Instead, we have to focus on innovative and effective ways of having a meaningful discourse on religion as a philosophy or a way of thinking. Efforts must be made to develop understanding among students on how humanity goes beyond all religions and that the essence of all religions is similar when interpreted constructively. Applying NCERT textbooks across all states is a good idea since they are generally superior to the textbooks developed by the states and convey similar messages across the nation. Creating national cohesion and national integration is anyway a major agenda of education.

Illustratively, the morning assembly must be innovatively utilised to promote thoughts, discussions and exchanges, and develop the ability to communicate, listen and understand instead of merely memorising and singing prayers together. I am not at all against prayers, but what is important is understanding the message, its context, its lyricism and so on.

Why not add local folksongs with their meaning? Children will look forward to these prayers if we include fun activities during the assembly. Even the slogans written on the wall matter. I have seen the same slogans for years written in an illegible manner on the walls of schools. Why can’t we have dynamic slogans? Why not ask children to make and write slogans that keep changing each day, each week or each month? Schools must definitely detach the religious-ritualistic aspect from activities like singing of prayers, practising yoga, and so on. The scientific, rational and philosophical aspect of each activity must be explained to students.

National festivals such as Independence Day, Republic Day, Gandhi Jayanti et al must be celebrated with activities or competitions that promote better understanding of why these days are celebrated, their genesis, the societal conditions that prevailed during historical times, and so on. Other local festivals must also be brought into the school. I have witnessed how some schools in Uttarakhand’s  Pauri Garhwal district used a festival like Phooldehi to educate children about the changes in nature during specific seasons and the geographical, botanical, scientific and cultural aspects of such changes.

I see a lot of pictures, posters and anecdotes of only one kind of people on school walls. Can we bring in stories and pictures of modern-day heroes who would inspire children in the current context?

There are many minority schools. Owing to their minority institution status, they have certain rights. However, that does not give them any right to enforce the practices of only a particular religion in the school. No school can have rights beyond the constitutional obligations of developing a just, equitable, humane and secular society. The Education administrators must coach, educate and, if required, enforce constitutional values in all schools, including minority institutions.

Constitutional values are supreme and everything else is subordinate.