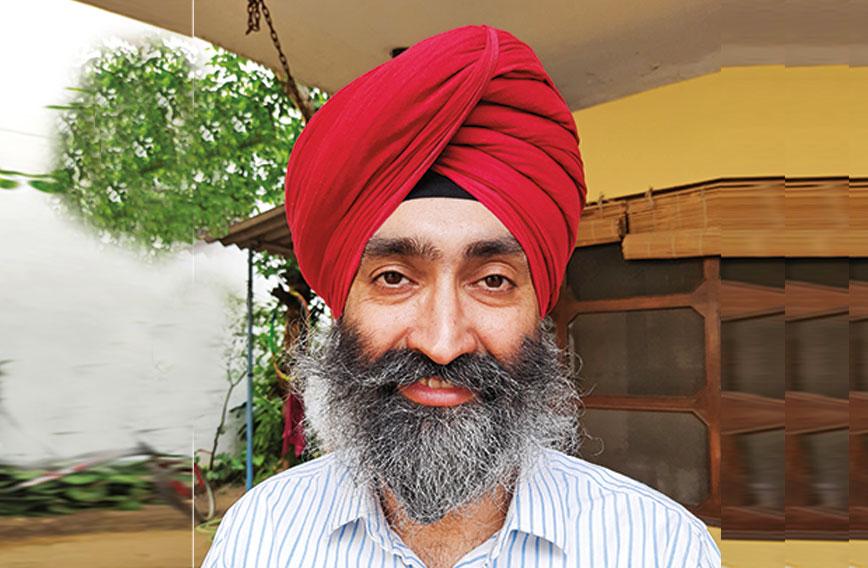 Adversity evokes different reactions from different people. For Jaskirat Singh of Ludhiana, it led to the creation of an online service that he offered free to make life a little easier for fellow citizens in Punjab amidst the doom and gloom of the coronavirus pandemic.

Jaskirat, who is an entrepreneur, created a web-based service that enables citizens in various cities and towns of Punjab to locate government-designated shops and outlets for buying essential items. This service, essentialservices.punjab.gov.in, was much in demand during the lockdown in Punjab because only designated shops were allowed to be open for a limited period.

“I was contacted by a friend who is an official in the Punjab government. We felt such a service was needed and that it would go a long way in helping people get essential goods,” said Jaskirat.

The Punjab government first imposed curfew on March 22, becoming the second state after Rajasthan to do so. It was one of the strictest curfews imposed in recent years. Dissemination of information about which shops were open and what their timings were became a challenging task for the state government.

Jaskirat says that they first thought of creating an app which would do this. “But an app would have been too costly and taken longer to build. So me and my team of three decided to create a web-based service,” he said.

As soon as the course of action was finalized, they began work on the app a few days before curfew was imposed. “It took us 12 days to come up with the complete product,” he says.

They first collected data about the designated shops and outlets from government agencies in the state. The data was extrapolated onto Google Maps. The website is hosted on Punjab government servers.

The web service offers two or three ways of finding shops which have been permitted to open, near an individual’s residence. In the first method of display, the information about such shops is presented in the form of a list along with an address and a telephone number. “The person can give a call beforehand to ascertain whether the shop is open or not,” said Singh.

In the second tab of display, the location of the shops, which include grocery outlets, fruit and vegetable sellers as well as chemists, are displayed on a Google Map and tell the user the distance from a place. “The use of Google Maps in any service requires a licence fee to be paid to the company. However, the company provides the service free for a limited number of users. We are not using the dynamic version of the maps that provide street-level navigation. Instead, the distance is indicated as the crow flies,” said Jaskirat.

Though the number of users has reduced after the curfew was somewhat relaxed, at its peak the web service attracted 10,000 hits per day. “It’s not a commercial venture, but the very fact that people are using it is its own reward,” said Jaskirat.

But there is more to it than that.

“During my childhood days, I was strongly influenced by my grandmother who often narrated stories of our great Gurus and other great men,” said Jaskirat, who is a devout Sikh.

The religion lays strong emphasis on the concept of seva or selfless service, or doing service to others without expecting anything in return. During any natural calamity in any part of the world, the Sikhs have always stepped forward and made a substantial contribution in helping others. For example, in Delhi, the Bangla Sahib gurudwara has been organizing langars or community meals for thousands of people every day. In Punjab, at places, the gurudwaras have even opened their cash vaults to help the distressed and the needy. A gurudwara or house of the Guru is at the centre of any Sikh community.

Jaskirat, 42, is also a social activist who has been at the forefront of the cleaning the Buddha Dariya movement. He is also a member of the Association for Democratic Reforms and believes strongly in transparency in governance.

“We must do something to help the others. There were other people who were doing other things. I thought of lending a helping hand by coming up with this service,” says the engineering graduate from the Benaras Hindu University (BHU).