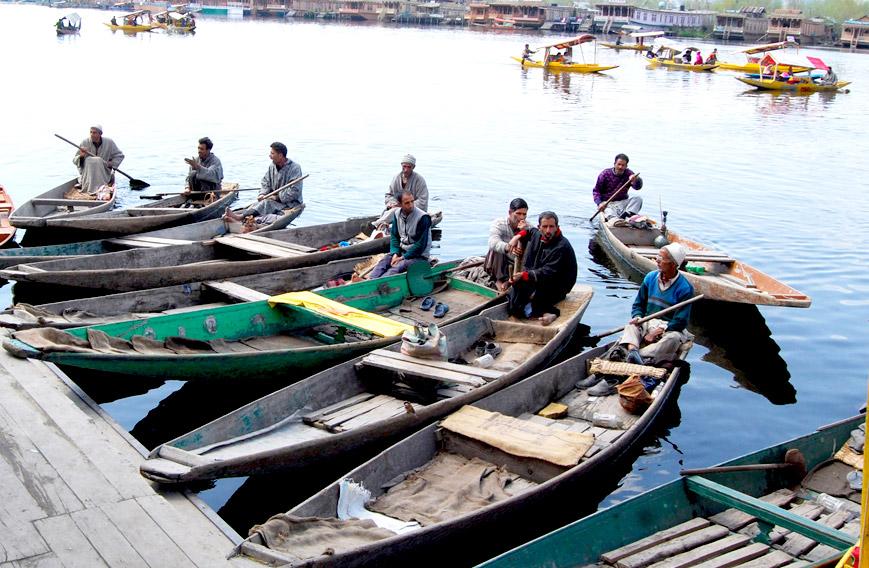 When both Srinagar and Jammu were left out of the central government’s smart city scheme, there was widespread disappointment and politics was blamed. Jammu & Kashmir is probably the only state in India where politics is attached to every development plan. So the exclusion of the two cities from the smart city list was also perceived as a result of politics.

Logically, one of the two cities should have been selected. Now, both Jammu and Srinagar are trying hard to measure up to the Smart Cities Challenge.

Srinagar, the summer capital, is falling well short of the basic parameters stipulated to get on the list. The quality of life is not up to the mark and people continue to suffer on multiple fronts.

“I really wish that Srinagar becomes a smart city but it is a fact that our city lags behind in many aspects of daily life. Basic necessities like clean drinking water, round-the-clock power supply and good roads are missing. Given this reality, how can Srinagar be included in the smart city list?” says Gulzar Ahmad, a resident.

The state government seems to have slept on the issue. It was only in the last week of August that the Ministry of Housing and Urban Development organised a meeting and impressed upon the heads of various departments that they had to prepare Srinagar to get on the list.

Jammu & Kashmir’s Secretary for Housing and Urban Development, Hirdesh Kumar, said that the Srinagar Municipal Corporation (SMC) has been mandated to prepare a blueprint so that Srinagar is included in the next round of the Smart Cities Challenge. He said that SMC would make a comprehensive plan and the process would be
taken forward.

“The SMC has been asked to prepare a Detailed Project Report (DPR) and the heads of various departments have been asked to give their valuable suggestions. Since the next round of the Smart City Challenge is going to be held in January 2017, it is important that we make all the preparations well before the deadline. The government is committed to improving Srinagar so that it can qualify,"
assured Kumar.

SMC has of late issued advertisements in the local press and sought feedback from the people for making the city in tune with modern-day demands. However, the unrest in Kashmir has dealt a severe blow to the preparations.

“A smart city should have modern means of transport so that people reach their respective destinations well on time. I am afraid transport in Srinagar is obsolete with people suffering like anything. Srinagar is probably the only city where condemned vehicles continue to run on the roads with nobody talking about their replacement,” said Mohammad Irfan, another resident.

Passenger vehicles dating back to the late 1980s and early 1990s are running on major routes in Srinagar. Although Tata Sumos have been introduced on some of the routes, they too are not up to the mark.

“Drinking water is the basic prerequisite of daily life. A huge population of Srinagar district is deprived of round-the-clock water supply. People have to wait for hours to get a little potable drinking water. Filtration of water is also not up to the mark with people complaining that they are being supplied filthy water,” pointed out Shahid Ahmad, an angry resident.

“Road connectivity is very important in modern life and more so at a place which is frequented by tourists. Some of the roads in Srinagar get macadamized every year but the macadam gets uprooted in no time. The condition of the other roads is pitiable and very little concern is shown for their development. Many tourists voiced their concern over the condition of the roads but very little was done to improve the roads,” said Abdul Rahim, also a resident.

“In Srinagar a proper drainage system can be seen in the old city while the new colonies are without drainage systems. There are some colonies where the drainage system has been put in place but it is defective. During the rains the drains overflow and the water spills over to the main road. Commercially important areas in the city centre get submerged when there is good rainfall,” said Mushtaq Ahmad, a resident.

The cities on the Smart City list or those going to fight it out are equipped with electricity meters. But round-the-clock power supply is virtually a dream in Srinagar where there is load shedding for several hours a day. “More than half of Srinagar is non-metered and the progress on this front is not satisfactory. Even in the metered areas there are power cuts of three to four hours, more so during winter. In the non-metered areas there is an evening cut on two days and there is curtailment in the morning or afternoon as well. The situation is worst when winter is at its peak,” said Manzoor Ahmad, a resident.

Residents of Srinagar are also quite upset about the lack of solid waste management. Garbage and other stuff collected from the city residents is dumped on a huge expanse of land at Achan-Eidgah on the outskirts of the city. There is no scientific disposal of the waste. So Srinagar fails on this front as well.