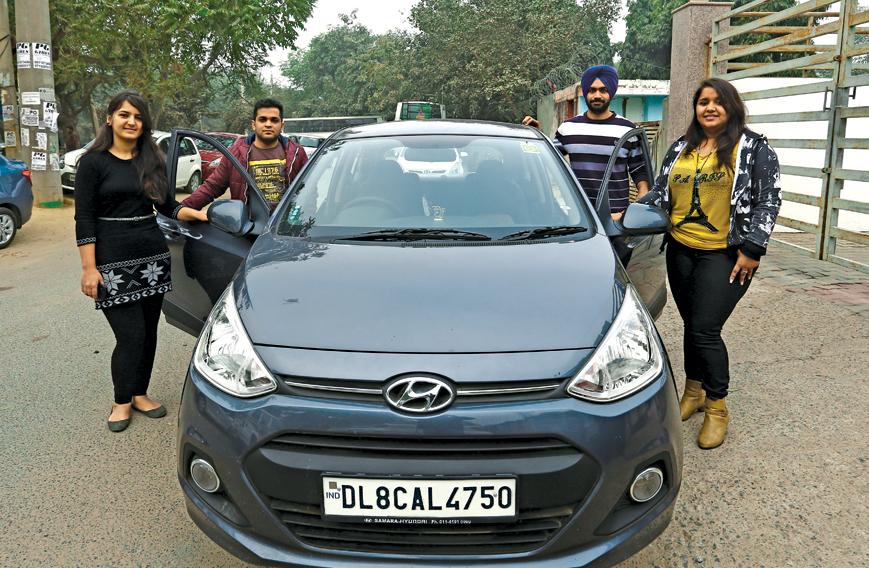 Odd and even done, where can Delhi go on pollution?

The odd and even number plate experiment with personal cars delivered many surprises in a city swamped by pollution and congestion. Validated studies are awaited, but for 15 days from 1 January an estimated 20 to 30 per cent of New Delhi’s 2.7 million cars stayed off the road. Jams eased, speeds improved and vehicular pollution went down. Interestingly, in a city infamous for road rage and flouting of rules, there were few violations. People participated by using buses, car pools, getting to places before 8 am, or just staying home on days that their number plates didn’t match.

It was all quite incredible for a city that is the country’s largest car market. But at the end of the odd-even exercise, is New Delhi a better-managed city? Is the air safer to breathe? Are people ready to give up their cars even when not being watched and penalised? Is there a new vision for public transport?

The Aam Aadmi Party (AAP) has been quick to declare odd-even a success and proof that it has the will and ability to govern. The party is chuffed and has also held a celebratory public event. Yet, as the scheme ended it was clear nothing had seriously changed. The toxins in the air have gone nowhere and the streets continue to be clogged with messy traffic. New Delhi remains the most polluted city in the world.

Odd-even was meant to be an emergency measure to bring down alarming levels of winter pollution. There are contradictory findings on the extent to which it impacted air quality. It did succeed in taking vehicles off the road — fewer vehicles moving at faster speeds meant a reduced emissions load. Overall pollution, however, remained very high. Clearly, much more needs to be done to deal with multiple sources of pollution and change the ways in which people commute using public transport.

“Compliance with the odd-even scheme indicates that the citizens of New Delhi and the National Capital Region have an appetite to deal with the problem of pollution. They have come to realise the harm that is being done to their health and they seem ready to do something about it,” says Chandra Bhushan, Deputy Director-General of the Centre for Science and Environment (CSE).

“But the odd-even scheme is only a tiny part of a much bigger solution involving multiple measures. If AAP is serious it has to also take two-wheelers, which are highly polluting, off the road. It has to shut down the Badarpur thermal plant and stop the burning of garbage,” explains Bhushan. “A large percentage of households continue to use coal and wood for kitchen fires. They should be provided with LPG. Dust needs to be removed through vacuuming of roads and control of construction activities. The AAP government has a lot of work to do.”

“Odd-even schemes are at best emergency measures used in cities elsewhere in the world to bring down pollution or reduce congestion. What New Delhi and the NCR need is a systemic solution. You need a unified public transport system with last-mile solutions. At present you might travel 25 km by Metro very quickly but spend just 45 minutes getting from the Metro station to your destination,” says Bhushan. “Delhi should learn from cities elsewhere in the world where commuters can use multiple modes of transport with ease and mostly with a single ticket.”

Fixing Delhi’s transportation needs is complex and calls for sophisticated solutions based on a vision for the city and the requirements of its diverse population. For instance, reallocating road space is important because vehicles, which account for just 30 per cent of road users, currently dominate. But merely banning big personal vehicles is also not the solution. A combination of incentives and disincentives is needed to make the use of personal transport costlier and with it must come efficient alternatives as well. An effective public transportation system draws heavily on urban design. So, while Delhi needs many more buses, there should be pavements and cycle tracks as well and people should feel encouraged to give up their cars.

“It is unclear whether the AAP government has any serious commitment to public transportation,” says Dr Geetam Tiwari, Professor at IIT Delhi. She is the Chair of TRIPP or the Transportation Research and Injury Research Programme.

“Odd-even schemes are now 40 years old and have been tried elsewhere in the world and have not been successful. If the AAP government were serious about solving Delhi’s problems, it would have learnt from this experience.”

“Short-term measures delay long-term solutions. The odd-even scheme or making 5 km of road free of vehicles end up being publicity stunts with almost no sustained impact on the way people commute. In fact, they deflect attention from the real problem,” explains Dr Tiwari.

Dr Tiwari was part of the TRIPP team that designed the first bus rapid transit (BRT) system  for Delhi. Ironically, while celebrating odd-even, the AAP government has begun dismantling the first BRT experiment without seeking to analyse what really went wrong with it.

Dealing with air pollution never figured in AAP’s election promises though it did say that it would bring more buses. In the past year the AAP government has invested little time in serious consultation on either air pollution or buses.

Peak pollution levels during winter and the matter being in court, forced the AAP government to act quickly to salvage its image. In the odd-even scheme it found a quick way out. With citizens concerned over pollution and willing to cooperate, the government has been eager to project the scheme as an achievement when in fact it may be doing very little for pollution in the long term.

“We were surprised when they decided to take cars off the road because it is established that cars only account for 20 per cent of the air pollution in Delhi. So what real purpose does an odd-even scheme serve?” asks Dr Tiwari.

Dr Tiwari’s researchers at TRIPPS are doing a detailed study of commuter behaviour and travel time during the two weeks of the odd-even scheme. This will show how many people shifted to buses, the metro, car pools, or left home before the 8 am deadline to return after the 8 pm deadline.

Till such findings come in, there is anecdotal evidence of a spirited response from groups of citizens. We couldn’t track a meaningful number, but people we did manage to speak to had been forming car pools and taking contract buses. It is efforts like these, prompted mostly by concern over the harmful effects of pollution, that helped odd-even to be seen as working.

There were companies such as Nagarro and Snapdeal that took the lead. The two companies have offices near each other so they have been able to pool bus routes. If in any area there are 20 Nagarro employees and 10 from Snapdeal then the same bus is used.

“Earlier, we used to run cabs and were having only one shift from 9 am to 6 pm. But now we have tied up with shuttle.com for bus routes and have introduced two shifts, from 8 am to 5 pm and the usual 9 am to 6 pm. Every bus does two routes twice, which has resulted in 150 cars not being used,” says Megha Jha, spokesperson for Nagarro.

“The 8 am to 5 pm shift timing avoids both morning and evening rush hours. Nagarro is flexible about timing, so it is up to the employees in which shift they want to work,” Jha says.

Pratyush, who earlier used a cab to come to the Nagarro office in Gurgaon, now uses the bus service. From his home near Connaught Place, he takes the Metro to Dwarka and from there he uses the office shuttle bus service. It has reduced his travel time by half an hour.

Jagraj, Sugandha, Yashika and Ishaan used to drive to the office in their  individual cars from  north Delhi. But with the implementation of the odd-even rule they started carpooling as among them they have two even and two odd numbered cars.

Says Jagraj: “Now, as we all four carpool, I need to drive only once in four days. Driving and facing traffic on a daily basis is very hectic but once in four days it is ok.” Says Yashika: “Even when you are driving, travelling with three of your friends is a lot better than driving alone.”