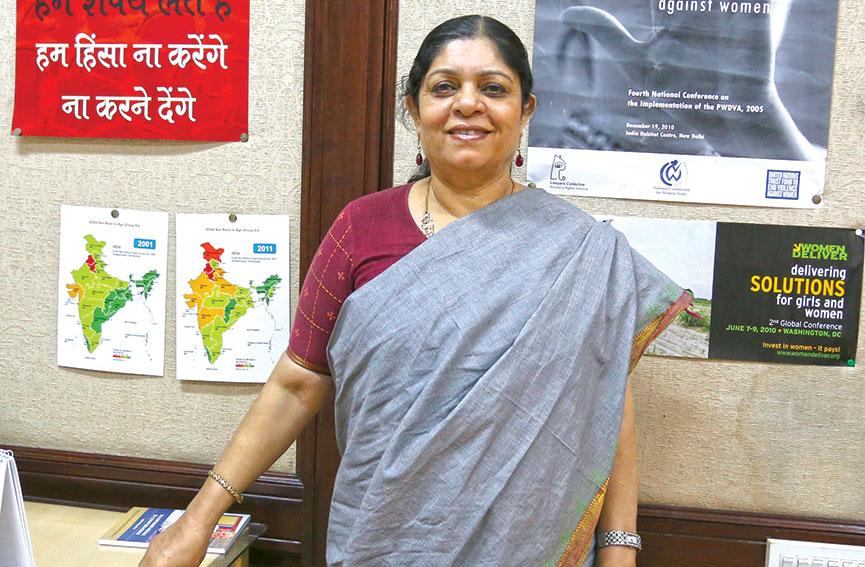 ‘The SC order is about women’s empowerment’

On 14 September the Supreme Court banned mass sterilisation camps in India, putting an end to a system that had become synonymous with medical callousness.

Every year, young women have died in sterilisation camps because of unhygienic conditions and poorly performed procedures. Around 113 women are officially stated to have died after tubectomies in 2015-2016. But it is believed that the actual figures are several times higher than those conceded by the government.

Devika Biswas, a health activist, petitioned the Supreme Court after she witnessed a single surgeon, without gloves, doing tubectomies on 53 women in a school compound in Araria district of Bihar in January 2012.

Two years later, on 10 November 2014, 16 young women died at a mass sterilisation camp in Bilaspur district of Chhattisgarh. A fact-finding team uncovered chilling details: 83 women had been operated on by a single doctor. The same gloves, injection needle, syringe, and suture needle were used. There was only one laparoscope.

A Supreme Court Bench, led by Justice Madan B. Lokur, has now given the government three years to shut down such camps. In its 51-page judgment it has called sterilisation camps “perverse products of the Centre’s population control campaigns driven by informal targets and incentives”.

Instead of holding camps, says the judgment, the government must strengthen health centres, empower women and provide access. The order puts the onus on the Centre to ensure reproductive health services and frame a National Health Policy.

Civil Society spoke to Poonam Muttreja, director of Population Foundation of India, on the significance of the Supreme Court order. Muttreja has for long been in the vanguard of those demanding more scientific family planning measures and the availability of choice. She was part of the team that investigated the deaths of women in Bilaspur and published a damning report, “Robbed of Choice and Dignity: Indian Women Dead After Mass Sterilisation”.

What is the significance of the Supreme Court order?

The Supreme Court’s order is very significant because it takes a comprehensive view of sterilisation and all that’s been wrong with sterilisation camps for the past 60 years. The order doesn’t just talk about having fixed-day services. It also asks the government to treat women with dignity and provide quality health services. It places the responsibility of ensuring such services on the Centre. It is now incumbent on the Centre to ensure that states and districts follow quality guidelines and protocols. This is a central government programme.

So the order is about women’s empowerment and a range of issues.

Second, the government has to report to the Supreme Court every six months. It has to inform the court what it has done along with figures and data. All this means that the government has no choice but to act. I believe that the central government is interested and committed. But states too don’t have a choice of not reporting. In fact, understanding how India functions and governance takes place, the judges have asked for this order to be sent to the Chief Justices of seven or eight states which have high sterilisation rates and the poorest quality of health services. These are the same states where other HDI indicators are poor.

Finally, I think the order is very significant because it puts women’s empowerment, dignity and family planning — which became a political hot potato after the Emergency — on the agenda of the Government of India.

What do you think led to this order?

They were able to do this partly because they had the Bilaspur report that we did. The report was submitted as part of the PIL. I think the judges got an understanding of the history, current status and in-depth details of the issue. Population and family planning are full of myths and misconceptions.

I have not seen an order on any development issue so perfect. The judges saw clearly the gravity of the situation. The government’s perspective was also considered. They interacted with the Ministry of Health and Family Welfare too and asked for a lot of information. A citizen’s report is, I understand, not enough. Tragic as the deaths of 16 women in Bilaspur was, it has led to a huge potential and possibility of improving sterilisation services.

The women are really martyrs.

So what is the way forward?

Civil society groups will have to step in and work closely with the government at district level. They will need to hand-hold and provide technical support. For instance, we have drawn up a plan.
We have been working on family planning at the district level.

See, the order doesn’t just talk of sterilisation but is asking for temporary methods. At district level, the problem is you don’t have trained ANMs (Auxilliary Nurse Midwife) or counsellors who can meet the demand for such services at district level.

Project Implementation Plans are supposed to be based on village-level planning. But when you draw up plans at village level you don’t know whether such services and infrastructure are available at district level. So we have to do an assessment at district level, identify the gaps and strategise on filling them. Budgets have to be allocated. Then monitoring mechanisms have to be put in place at district level. Otherwise you won’t see a change. We are a coalition of 170 NGOs. We have offered full support to the government. We have to work at district level with a range of partners. This can’t be done sitting in Delhi.

What are the resources you need?

You have to ensure that you have all facilities at the community health centre or district hospital. You can provide services on fixed days and share this information with the community. They can be informed in advance that such services will be provided, say, every Monday. The ASHA can register the women in advance. You should be able to register over the phone. We don’t want to replicate the methods of the camp. If the facility is for 10 or 20 women we don’t want 80 women coming in. If the facility is fully booked the ASHA should be informed via SMS so that she can reschedule the women for the next week.

It is shocking that women who are so young opt for sterilisation.

A lot of women at a very young age — some as young as 20 — opt for sterilisation. The women who died in Barwani were all in their twenties.

The reason is that no other method is offered to them. They don’t want more children. See, wanted fertility, according to NFHS (National Family Health Survey) data, is 1.9 in India. So what do you do? We have to ensure that condoms and pills, which are supposed to be distributed by ASHAs,
are made available in the village itself. We have to step up services for IUCDs (intrauterine contraceptive devices).

We also need a mass campaign to dispel myths around vasectomy. Men must take more responsibility for family planning. A lot of people have more children than they really want in the hope of having a son. Women who don’t have male children are treated very badly. So we need to tell people that it is the male chromosome that determines the sex of the child. Blaming women for daughters or remarrying for a son is totally wrong and unscientific.

You would do away with incentives?

India is the only country in the world that gives incentives. If we start providing good quality services we won’t need incentives because people want to reduce family size. There is huge unwanted fertility and a huge unmet need for family planning. The money we spend on incentives can be spent on better services. Budgets for health aren’t increasing. Then there is our demographic dividend. So we should be providing temporary methods because young people don’t need sterilisation.

Incentives are to blame for the careless, callous numbers game we have been playing. The doctor gets incentives, so does the nurse, and so it goes down the line. As a result, doctors do 80 sterilisations instead of 30 because they earn more money. Wherever there are incentives, a numbers game begins. There is corruption. Numbers are also deliberately exaggerated.

What changes did the report bring about?

The Chhattisgarh government took our report seriously. They strengthened the infrastructure and improved systems. We had asked for a help desk managed by an NGO to help the most underprivileged women and those in serious condition so that they are treated immediately. A large number of women come in. Those who died were tribal women.

So they set up help desks?

In Bilaspur. I don’t know about the other districts. The NRHM director used to convene a meeting every three months of all the chief medical officers, doctors and people involved with infrastructure and they would report to us.

So you would say the court judgment marks a turning point. It represents an opportunity to rethink and reorient health services?

We must make sure we don’t only support the government but we put in mechanisms for monitoring. The judgment will have to be implemented on a scale that is rather large. There doesn’t seem to be a model by which it can be implemented. We are developing a pilot for the districts, starting with Bihar and UP. We hope to scale it up with the government. We would like it to be an innovation within the government. Jehanabad is one of our high-focus districts in Bihar.

We also drafted the population policy for the UP government. It has been approved by the cabinet secretary and has now gone to the cabinet. The UP government asked us to include all the points made by the Supreme Court judgment. We have developed it as a model policy. We are keen to develop a similar policy for Bihar.