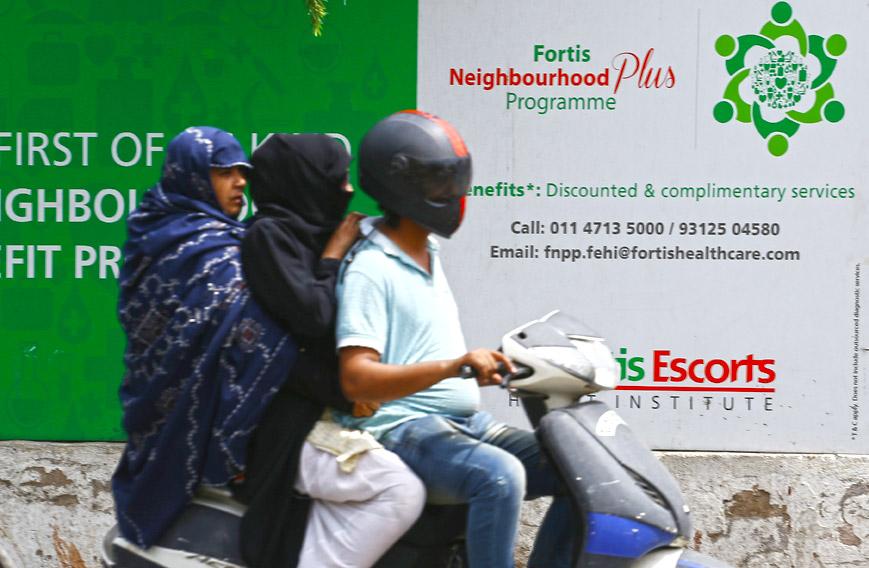 Doctors speaking up, but will the MCI be reformed?

Dissatisfaction with the medical profession is widespread. There is hardly anyone who doesn't have a story to tell. Doctors either don't have time or are too greedy or lack education and values suited to their noble calling. It is also believed that they are in the pockets of pharmaceutical companies and in unholy deals with laboratories where tests are conducted.

But if falling individual standards are a matter for concern, it is also worrisome that institutions in the medical world have been tottering. The Medical Council of India (MCI) hasn't lived up to the faith placed in it. The public hospital is all but finished. Colleges gobble and spew cash and teaching standards are poor. Corporate hospitals have turned healthcare into a business, assessing their success in terms of turnover and profitability. They have sucked doctors into this equation and caused the steady collapse of government facilities.

For those of us who have wondered why the public-spirited doctors who care about their profession don't speak up and try to stem this rot, we now have battle lines being drawn for the first major showdown of its kind. 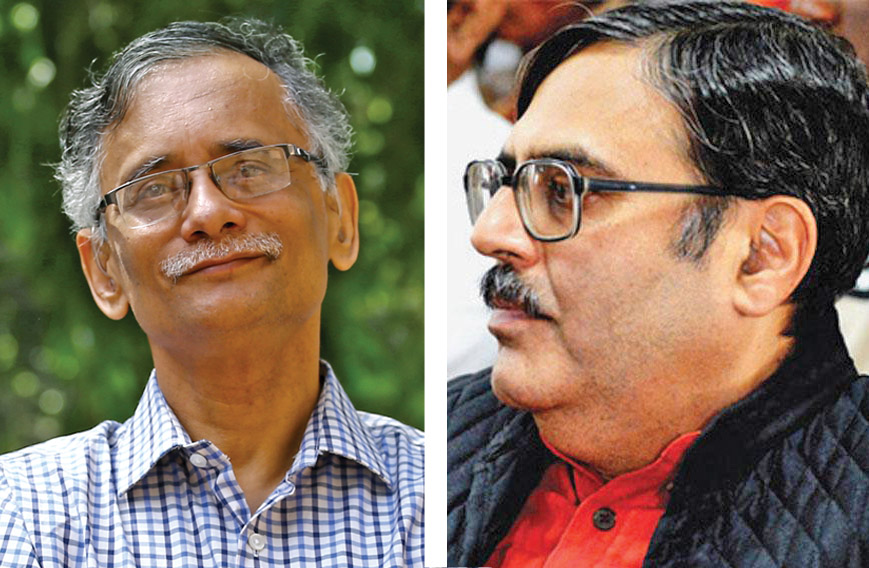 A book, Dissenting Diagnosis, by Dr Arun Gadre and Dr Abhay Shukla has 78 physicians speaking up on record about the shady practices they know about and calling for wholesale reform. This is unprecedented because responsible doctors have in the past stayed quiet for fear of being targeted.

A public gathering of doctors in Delhi, among them leading lights like Dr Samiran Nundy, recently called for the disbanding of the Medical Council of India (MCI) because it has failed in its duty to protect the values and scientific standards of the medical profession — and by extension the right of patients to proper treatment.

A Parliamentary Committee has already sought an overhaul of the MCI. So the mood in the nation has been changing, making it easier for doctors who feel concerned about the deterioration in their profession to come out.

The Delhi meeting was also an occasion to launch Dissenting Diagnosis and felicitate Dr Gadre and Dr Shukla for their work as authors on a subject that has long deserved documentation.

The MCI is a self-regulatory body with the responsibility of maintaining standards. It is supposed to ensure that doctors don't stray and patients' rights are protected. It also has oversight over the colleges that produce doctors. By all accounts it has failed miserably on these fronts.

"Society has given the highest honour to the medical profession by creating the MCI. Unfortunately, the medical profession has not honoured the trust placed in it. The MCI began with towering personalities like Dr B.C. Roy. But we have let society down," says Dr Gadre when we meet at the Indian Social Institute in Delhi on the morning after the launch of Dissenting Diagnosis.

"MCI is an autonomous society with which even the government can't interfere. But commercial elements have taken it over. Secondly, with the onset of private medical colleges the very purpose of the MCI has changed," says Dr Gadre.

"Society at large told doctors to regulate themselves through the MCI, to keep education standards high and enforce ethics. But we are grieved that the MCI shifted its focus to more of medical education than enforcement of ethics. I know I am not alone in saying this. There are 78 other doctors who I have spoken to me on record," says Dr Gadre.

He points out that hardly any doctors have been punished. No registrations have been cancelled. When hearings were conducted on the role of the private sector and patients' rights in Mumbai, Dr Gadre was stunned and moved. Patients, who felt that they hadn't been given the correct treatment, had to run from pillar to post in search of justice. Perhaps not all their complaints were valid, but the absence of an easily accessible redress mechanism is unforgivable.

"In certain cases I could tell you in five minutes that the doctor was at fault, but the complaints were dismissed in the state medical council as having no merit," says Dr Gadre.

There are many suggestions for making the MCI more transparent and effective. But the big reform that is being proposed is that it should be taken out of the dominance of doctors and government servants by including patients' representatives and civil society groups. This, it is felt, will force the profession to open up to society and be more accountable. The system of Health Councils in Brazil is cited as an example though it may not be the perfect solution. There are other suggestions such as doctor-patient councils for aligning the medical profession with society's needs and expectations and also creating patient awareness.

At the core of the doctor-patient relationship, there is an asymmetry of knowledge about medicine and the human body. The purpose of regulation is to protect the patient from being manipulated. When healthcare becomes commercialised, as we are witnessing with corporate hospitals in India, the manipulation of patients increases.

Commercialisation also distorts the entire public healthcare system. Doctors earn much more than they do in government service or as ethical and rational practitioners on their own. Private hospitals are dressed up to be more inviting than overworked and under-funded government facilities or for that matter small private clinics and nursing homes devoted to honest dealings with patients. As the balance shifts, patients tend to gravitate to the more expensive but often less ethical and scientific private hospitals. Often it is because of nifty marketing and sometimes because of the lack of choice.

Are reforms possible or has too much time been lost? Has the profession surrendered to market forces that are much beyond its control?  Dr Gadre, Dr Shukla, the 78 doctors interviewed for their book and many others who are nameless and faceless are concerned that restoring the old balance in which doctors primarily served society won't be easy.

It is an effort that requires the involvement of government, civil society groups, the judiciary, patients as a community and of course aware doctors themselves. Reform will have to begin with medical education where there are deeply entrenched interests because of the money that is being made from medical colleges.

The authors quote the legendary Dr Paul Farmer from Pathologies of Power: "We find ourselves at the crossroads. Health can be a commodity to be sold, or it can be considered a basic social right. It cannot comfortably be considered both of these at the same time. This, I believe, is the great drama of medicine at the start of this century. And this is the choice before all people of faith and goodwill in these dangerous times."

A new social vision is needed for healthcare in India, particularly because it is the key to equal opportunity and a functioning democracy. Restoring the primacy of teaching hospitals is crucial because the profession draws its energy and sense of purpose from them.

Dr Gadre is soft spoken and gentle. But when it comes to medical education he speaks forcefully. He recalls that his medical education in Mumbai three decades ago was almost entirely subsidised. Among his teachers was the inspirational and socially driven Dr Antia. It didn't cost Dr Gadre more than a few thousand rupees to get a medical education.

Since Dr Gadre didn't spend huge sums on his medical degree he had no problem in seeing himself as serving society and went on to set up a practice as a gynaecologist in poor tribal areas in Maharashtra.

He recalls that the first nursing home he set up was with a loan of Rs 90,000 on which he paid 15 or18 per cent interest. He charged Rs 3 for a consultation and Rs 300 for a delivery. Quite obviously, he couldn't keep his practice going. He gave up and then tried again in another tribal area and this time hung in against difficult odds till he developed a heart condition and needed angioplasty.

Running a rational and ethical practice was not easy for Dr Gadre. The system offered him no support though he was reaching good treatment to the poor. He is particularly grateful to his wife, Dr Jyoti Gadre, an anaesthetist, for standing by him. Finally, the heart condition and the angioplasty forced him to give up.

He then began working for Sathi, a Pune-based NGO, which specialises in health policy advocacy. Dr Shukla is a senior programme coordinator at Sathi. He is a public health physician with a post-graduate degree from AIIMS.

Their book, Dissenting Diagnosis, began as a project for Sathi. Dr Gadre set out to interview doctors who were willing to speak on record about their concerns over the falling standards of the medical profession in India and their fears that rampant commercialisation was eroding the core values with which a doctor needed to be imbued.

The solution lay in doctors reforming their own profession. But the general belief was that no one really wanted to speak out for fear of taking on powerful quarters. Dr Gadre travelled extensively, beginning by meeting ethical doctors whom he personally knew. At the end of the exercise there was a total of 78 doctors on record and almost all of them speak openly about malpractices, the role of pharmaceutical companies in influencing doctors and the ways in which corporate hospitals bump up their bills.

The result is a rare book, which should make not just the medical professional, but all Indians think about what their expectations should be from a public healthcare system.