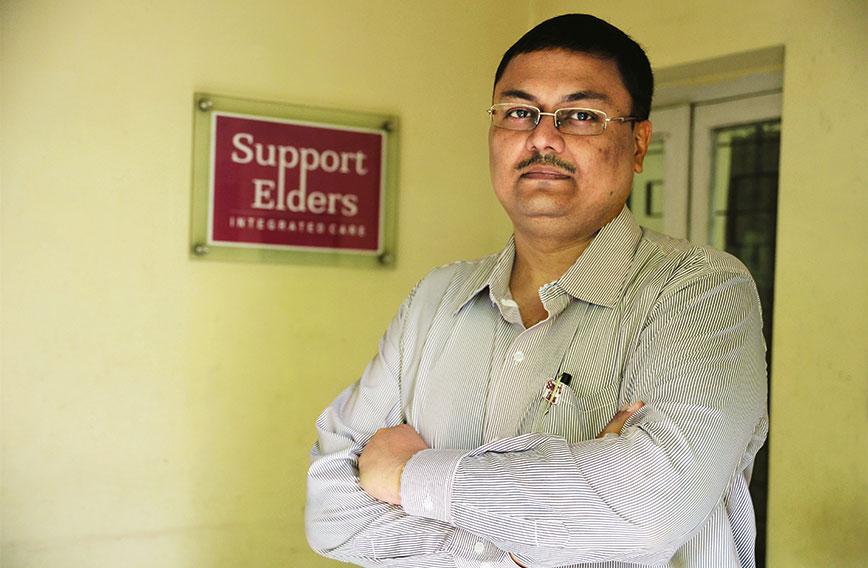 Mamata Dasgupta is 81, bright and cheerful. When our photographer and a Support Elders person visited her she herself got around and served them Bijoya sweets. Both her sons live abroad. Earlier she engaged the services of a succession of ayahs but that was not very satisfactory. Now, after engaging Support Elders, the biggest change is she has been relieved of all worries. She knows someone will be there by her side as soon as she calls.

Three social developments have come together in India in recent times. One, with people living longer, particularly among the better-off, the number of the aged is rising rapidly. Two, not only has the joint family given way to the nuclear family, grown-up and earning offsprings have tended to move away from parental homes. Three, after the fall of the Berlin Wall and socialist governments and the global spread of the capitalist system, a hybrid has emerged — social entrepreneurship. It seeks to merge the capitalist form of business with social concerns. This enables social objectives to be pursued without undue dependence on philanthropy, thus allowing them to become robust and self-sustaining. Some profit is sought to be made but profit maximisation is not the sole objective.

Support Elders has emerged in this relatively new space. It kicked off just over three years ago, in August 2014, in Kolkata and now has over 250 elderly people under its wing. Looking after them is a team of 35. Their primary aim is to enable elderly people to stay in their own homes independently. The focus is on their complete well-being.

Support Elders is not just addressing healthcare needs but adopting a more all-round approach, taking care of the quality of life of the elderly, explains Apratim Chattopadhyay, CEO and one of the founders. This becomes an issue as faculties deteriorate with age. A typical worry among the elderly is, ‘what if something happens to me’. This fear and  tension affects their quality of life even before an actual event takes place.

To take care of the situation where an elderly person feels there is an emergency for which help is needed, he/she is given a wrist band with a smart watch and trigger button. On pressing it the person is immediately connected to a centre which functions round the clock. A two-way voice system allows the person to converse and in case help is needed, the caller is located through geolocation tracking which is part of the alert system. Data on all members is stored in the system so that the caller is immediately identified and relevant details on the person are available to those attending to the call.

On receiving a call, and depending on the need, a person soon arrives at the location where the elderly person is and if hospitalisation is needed arranges for an ambulance and – this is important – accompanies the person to the hospital and stays there till the person is properly settled. To quickly enable this whole process, Support Elders has arrangements with several city hospitals. 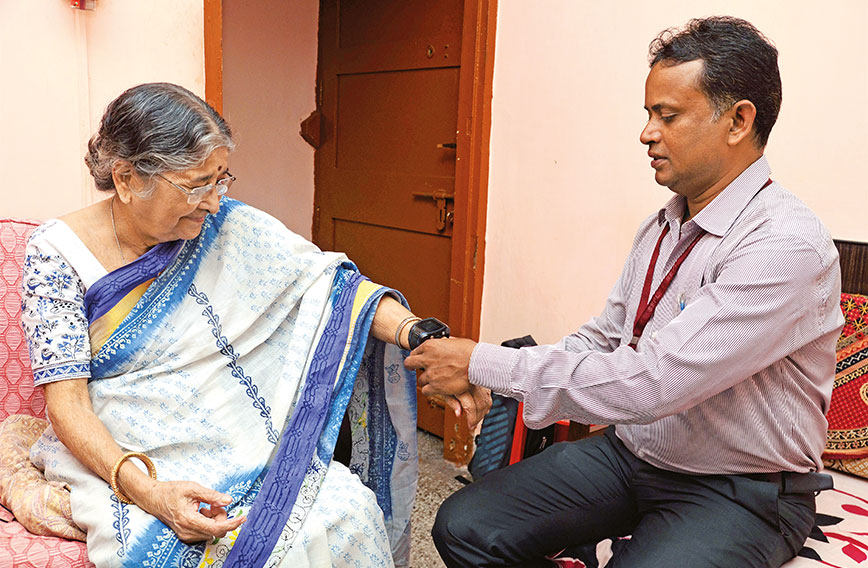 If there is no emergency, a regular routine is followed. Every member is called daily and is visited once a week, simply to make sure everything is all right. This serves the additional purpose of addressing an elderly person’s loneliness when he or she probably has hardly anyone to call or speak to.

Other than the need to address emergencies and ensure that a member does not feel too lonely, the need to remain socially engaged is addressed by the Silver Circle which is described as a platform to help improve the quality of life of the elderly through “engagement and self- actualisation”.

This offers an elderly person a chance to follow a hobby and also maybe pick up a new one. For example, if an elderly person always wanted to play a particular musical instrument but never got around to doing it,  that need can be addressed. A person may even take up a profession considering the amount of time that he or she now has. Silver Circle is a joint initiative of Support Elders and the Calcutta Institute of Gerontology.

How much does Support Elders cost? There are several packages whose cost ranges between Rs 3,783 and Rs 11,150 per month, inclusive of taxes. The services offered begin from the most basic medical emergency alert service. The add-ons include chaperoning, visit to bank, post office, yoga centre, paying bills, helping out with mobile phone, internet, email, online shopping, house maintenance, personal errands and general housekeeping.

Chattopadhyay, now 43, thought of creating something like Support Elders when he had to travel on work and kept worrying about the need to take care of his aged parents in his absence. He has several armed forces people among his relatives and, significantly, around 60 percent of the elderly members are ex-servicemen and their spouses. The round-the-clock contact centre is manned by many ex-servicemen.

Despite the social dimension of what it does, Support Elders is a business. It is constituted as a private limited company with a body of investors and is close to breaking even. Naturally, it is engaged in planning to expand. It is moving to a few West Bengal districts and its footprints will be in a couple of cities by the end of the current financial year. Key persons in its professional team are its head of Kolkata operations and head of technology. 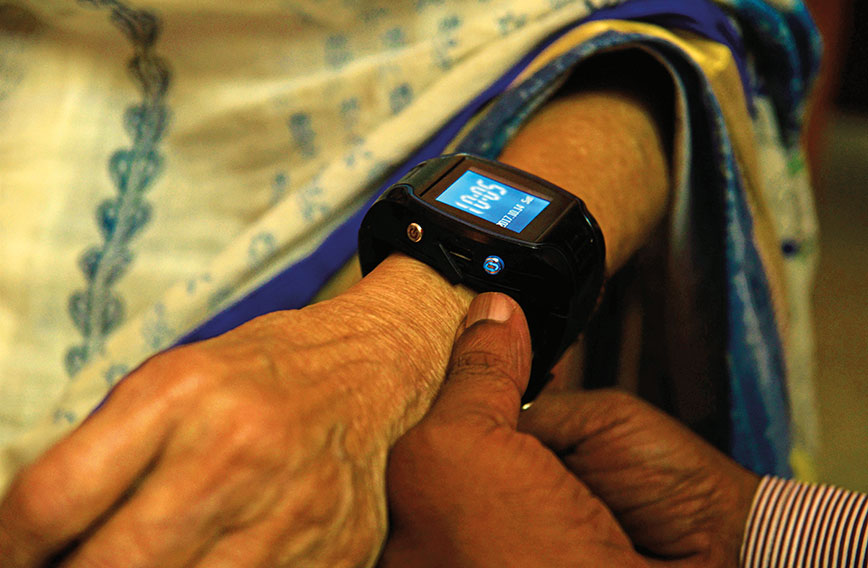 When Support Elders was brand new, it faced a lot of scepticism. There was uncertainty on how the elderly would adapt to the idea of constantly wearing a wrist band and a watch. But they have taken to it nicely. Now some of them call on their own to share thoughts. Critically, over time trust has been created.

Support Elders conducts periodic surveys asking members to rate their experience and indicate if they would recommend the organisation to others. On a scale of one to 10, the score has been consistently above 9.2. Chattopadhyay proudly asserts that there has been virtually no voluntary attrition, other than of course a member passing away.