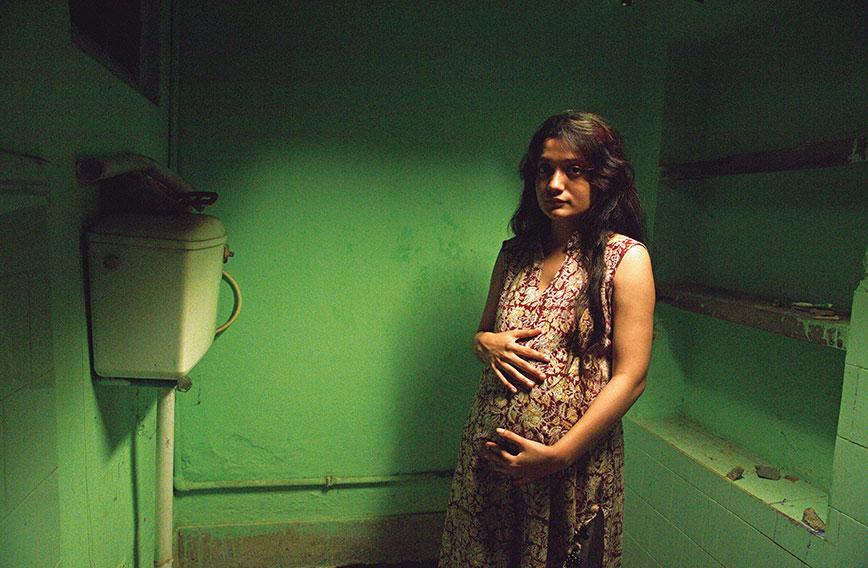 Silence of 3 women: A film on rape survivors

Titled White, Kolkata-based Aneek Chaudhuri’s new film is focused on the darkness that descends on the lives of sexual assault survivors. You cannot miss the irony. But White also highlights the resilience of women who have had their lives brutally interrupted. It is their unbreakable spirit that signifies a flicker of hope on the canvas that the film composes with neat and telling strokes.

White, a feature-length cinematic triptych, is about the deep, anguished silence that pervades the lives of three unrelated women. The 74-minute film itself is silent, with flute and violin pieces and incidental noises embedded into its soundtrack in order to amplify the emotions of the women — a factory worker who lives alone, a single mother grappling with trauma and a married villager whose husband stands by her — as they go through the motions of putting the pieces together again.

“I know these women,” Chaudhuri, 25, says. “Not individually or personally, but as people who are forced to live in constant fear.” Although White addresses a burning social theme, it embraces neither the established norms of commercial cinema storytelling nor the combative methods usually favoured by activist filmmakers. In this respect, it defies many an expectation.

For one, White, which tells three separate stories in a fearlessly experimental mode, has no dialogue. Not only does the violence at its heart stay off-camera, even the build-up to and around each of the heinous acts is merely alluded to through strikingly minimalist means. White is about bodies attacked and defiled. The film’s focus is, however, entirely on souls scarred. The result is a powerful evocation of the sheer viciousness that women in vulnerable situations are subjected to and then left to fend for themselves. 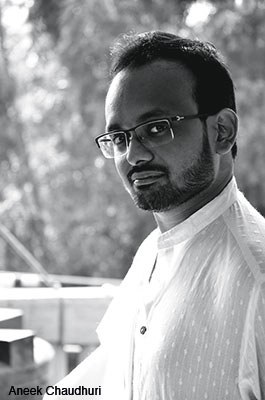 Chaudhuri, a film theorist who quit a corporate job in Delhi to pursue his moviemaking ambitions, isn’t obviously angling for instant commercial returns. It is the immense potential of the medium of cinema that seems to draw him to unconventional, free-flowing creative methods. In the context of mainstream Indian/Bengali cinema, some might see his ways as overly self-indulgent. But rare indeed is a young filmmaker who not only holds out against the line of least resistance, but also dares to go a fair distance further afield in terms of taking artistic risks.

In exploring the plight of rape survivors, Chaudhuri applies a highly personal, formally oblique approach to a burning social context: the question in the film pertains to the safety of women in a world that has been distorted by toxic masculinity.

Stylised images, performative gestures and a classically-inspired background score serve the purpose of underscoring what the sexually assaulted women are going through — in their minds and their bodies. The poignant, painfully precise portraits that White places before the audiences aren’t meant to evoke pity: melancholic as they are, they point as much to the remarkable resilience of the victims of violence. Each of the three women we encounter in White wages her own fightback.

“The film aims to throw light on the enormous sense of insecurity that women have to contend with on a daily basis in the city. This issue is usually ignored in our cinema. Films that deal with sexual violence against women generally spotlight victimhood. That isn’t my intention here,” says Chaudhuri.

It is significant that two of the women in White fall prey to violence in the ‘safety’ of their homes. “Sexual violence against women begins at home. But silence surrounds the plight of the survivors because of the social stigma that is still attached to it. An overwhelming number of rapes in this country go unreported,” says Chaudhuri, offering an inkling as to why he may have chosen to do away with spoken words in his new film.

But that obviously isn’t the only reason why White is a silent film. “The principal idea,” he says, “is to overcome the limitations that human language necessarily imposes on a film.” Chaudhuri has been writing about world cinema for a few years and is concerned about the need for films from different parts of the world to travel across geographical boundaries without stumbling at language barriers.

He says: “I foresee a time, say 20 or 30 years from now, when more and more filmmakers across the world will stop using human language to communicate and thereby widen the reach of their work.” The internal cinematic dynamics in White are such that while the means that Chaudhuri uses are whimsical, the stories he tells are accessible.

Last year, Chaudhuri made the documentary Urban Voice, a celebration of the output of the reclusive, publicity-shy urban folk musician, Susmit Bose, who has, since the 1960s, been contributing in major ways not only to his own chosen domain but also to larger social causes.

Chaudhuri’s penchant for experimentation yielded The Wife’s Letter, a two-and-a-half-hour film designed as a tribute to the humanist, nature-centric worldview of Rabindranath Tagore and the surrealist, radical aesthetics of Salvador Dali. The film, which amalgamates a Tagore story (Streer Patra) with Dali’s artistic vision to yield an individualistic essay, was screened in the Marche du Film at the Cannes Film Festival last year.

The Wife’s Letter brings together the two contrasting creative impulses to tell the ‘story’ of a schizoid man named X who travels through three worlds, using mathematics rather than emotions to make sense of the environs of each. His emotions are variable. The only constant in The Wife’s Letter is a leaf and it becomes the protagonist’s endeavour to emulate its constancy.

In White, Chaudhuri enters more definite spaces: the factory worker’s modest one-room home and her workplace where she is violated by the owner; the ancestral home that the raped single mother relocates to in the hope of making a starting over; and the village dwelling in which the third woman lives with her husband who leaves for work every morning on a bicycle.

The camera catches these ‘caged’ characters engaged in the most mundane of activities — the first, a pregnant woman of limited means, operates a sewing machine — its whirring intersperses the plaintive sound of a flute — and cooks a rice gruel for herself when she isn’t working in the cloth factory. The second, who is at the centre of the shortest of the three segments, enters an empty space with a suitcase, unpacks books from a cardboard carton and eats a plate of noodles.

The third, placed in a rural setting, eats with her husband sitting on the floor at the door of her house and, later, inside the hut, listens to a popular folk song on a transistor radio: a rare moment of joy. Their lives appear to be placid, if riddled with pain and confusion; it is their minds that are in turmoil and it is those minds that the film seeks to probe.

In the first and the third segments, the presence of a sympathetic man provides the only solace to the troubled woman. “The use of the flute in the background is conscious: the flute, as a musical instrument, comes the closest to the human breath. In fact, you can actually hear the breath of the instrumentalist when the flute is played,” says Chaudhuri.

In the second story, in which the rape survivor has trouble connecting with her little daughter and the flute is replaced by a violin in the background music, there is no space for a man. For this woman, it is an intensely lonely struggle. “The violin stands in for that male absence,” explains Chaudhuri.