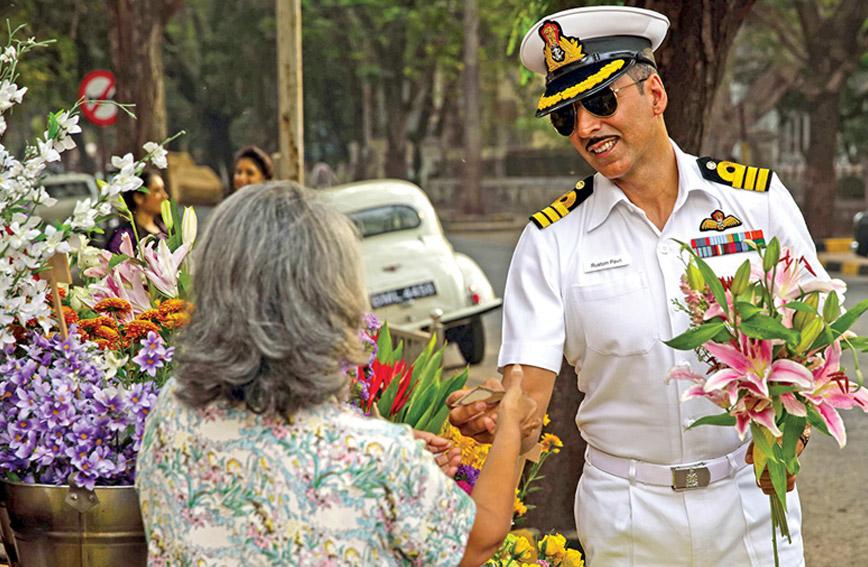 
The National Film Awards (NFA) and controversy have been inseparable in recent times. Until the mid-1990s, the central government-mandated awards were widely perceived as recognition for cinematic excellence, pure and simple, no pulls and pressures entertained. Instituted in 1953, these awards were reserved for filmmakers, technicians and actors working outside of popular Indian cinema.

The scenario is no longer the same. Bollywood biggies, who once pooh-poohed these awards as elitist and of no particular use to them, now hanker after them, seduced by the great prestige in receiving trophies and certificates from the President of India. Intense lobbying, helped along by prejudices of the government of the day and the resultant political interference, direct and indirect, is an integral part of the jury process today.

Priyadarshan, chairman of the jury for the 64th NFA, has dragged it down a few notches by favouring his friends in the industry, two of them, to be precise — Akshay Kumar and Mohanlal. While the Bollywood star, has received the Best Actor nod, the Malayalam cinema icon has been given a Special Jury Award for his performances in three films (Pulimurugan, Janatha Garage and Munthirivallikal Thalirkumbol). Both actors have frequently collaborated with Priyadarshan. Akshay has led the cast of many of the director’s Hindi crowd-pleasers. Mohanlal was the mainstay of his Malayalam box-office hits of the 1980s and 1990s.

“Bias is the biggest bane of any jury,” says a multiple National Award-winning filmmaker who has presided over several NFA juries. “Until we can get the composition of the judging panel right, the process is bound to be flawed and plagued by favouritism and unfair decisions.” Fixing the problem is, of course, easier said than done because it is difficult for the Directorate of Film Festivals (DFF), the information and broadcasting ministry wing that organises the NFA, to find enough good men and women who have a genuine passion for good cinema and have no personal stakes in any of the 200-plus films that are in contention each year.

One crucial clause in the NFA rules and regulations disqualifies from jury duty any person “related by blood or marriage to any of those whose work is to be judged”. The rules also bar any person who is connected in any way to any of the films entered for the awards. But there is no way that the DFF can spot and weed out prejudice propelled by professional or personal proximity.

It isn’t that Priyadarshan does not possess the credentials to head the NFA jury. He is a prolific filmmaker who, in a career spanning three decades, has directed more than 90 films in Malayalam, Hindi, Tamil and Telugu, many of them blockbusters. His fame and popularity rest primarily on his rip-roaring comedies, but his richly layered period drama, Kanchivaram, won the National Award for the Best Film in 2007. So, there can be no questioning his stature.

But some of the debatable decisions made by Priyadarshan’s jury and the specious arguments that he has trotted out in defence have cast a shadow on this year’s National Awards. Asserting that Akshay was “brilliant” in both Airlift (eminently watchable) and Rustom (insipid), Priyadarshan tied himself in knots trying to justify why Aamir Khan was ignored for his performance in Dangal. “Aamir,” he said, “has made it clear that he doesn’t attend award functions… He was given an award for Taare Zameen Par in 2007 but he did not attend the ceremony.”

The presumption that the jury was amiss in awarding Akshay is strengthened when Priyadarshan says: “In recent times, we have seen people return their national awards. So we did not want to take the risk (of the award not being honoured by the winner).” Why didn’t the jury, then, give the prize to Manoj Bajpayee for his outstanding acting in Hansal Mehta’s Aligarh, which was streets ahead in terms of complexity and quality of Akshay’s single-note performance in Rustom, a pedestrian thriller inspired by the Nanavati murder case? The suspicion that personal bias was also at play here, therefore, cannot be sidestepped.

Several people in the industry have taken to Twitter to slam Priyadarshan for tilting towards his friend, Akshay. Tamil actor Arvind Swami tweeted on the day the awards were announced: “The Nanavati case was one of the last of the jury trials in India. There seems to be other good reasons to do away with the jury.” Chennai-based director A.R. Murugadoss, who directed Akshay in Holiday: A Soldier is Never Off Duty, also called out the jury without naming anybody. “Can clearly witness the influence and partiality of people in the jury. It’s biased,” he wrote.

While Dangal, by far the best reviewed and most commercially successful Hindi film of 2016, had to settle for a single award — Best Supporting Actress for Zaira Wasim — Aligarh, the tragic true story of a gay professor sacked by Aligarh Muslim University because of his sexual orientation, had to go empty-handed.

The maker of Aligarh, Hansal Mehta, who won the Best Director National Award in 2014 for Shahid, has said: “I’ve got to respect the decision and move on. What hurts is that in some statement the chairperson (who I respect and whose films I’ve often enjoyed) says that ‘while watching films, we realised that a lot of Bollywood movies were themed around homosexuality. The movies are not highlighting social problems whereas regional cinema are themed around fantastic social issues’. This statement makes you wonder and worry about LGBTQ rights and their absence in the current mindset as ‘social problems’.”

To be fair, Akshay isn’t the first Bollywood star to win a National Award in questionable circumstances. Nor will he be the last, given the fact that in these celebrity-driven times even the National Awards, once deemed to be the preserve of films of outstanding artistic pedigree, integrity and excellence, have succumbed to the temptation to up the glamour quotient.

Despite the distortions, the NFA is worth fighting for because these are the country’s only awards that recognise the work of independent filmmakers, and technicians. Among others, the Best Non-Feature Film award for Chandrashekhar Reddy’s Fireflies in the Abyss, the well-deserved nods for such remarkable efforts as Haobam Paban Kumar’s Loktak Lairembee (Lady of the Lake) and Amar Kaushik’s superb short film Aaba and the best production design and cinematography awards for the Tamil film 24 are reminders that NFA serves a very important purpose.