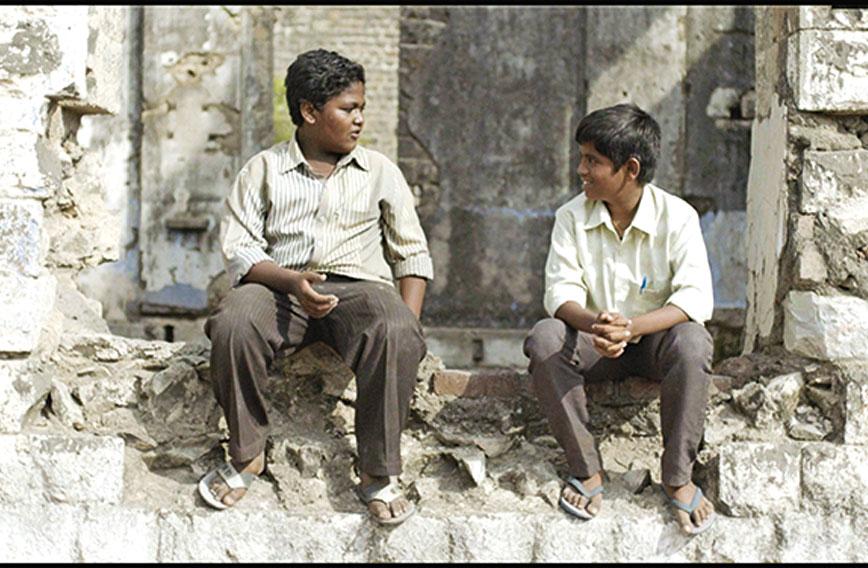 In search of Kastoori: Kamble's film reflects his life

A tree outside Vinod Kamble’s home in a village in Barshi block of Maharashtra’s Solapur district planted in him a love for movies early in life. A local exhibitor’s men would arrive every other week with a new film poster to put up on the tree. They would give the boy’s uncle, a sweeper with the municipality, a free pass for a show.

“I would sneak out with those tickets and watch films,” the 32-year-old writer-director reveals. “Nor was that all. I would take a few of the posters and hang them on my wall. They filled me with wonderment.” The costly tools of cinema were obviously way beyond his grasp, but the magic of the medium surrounded Kamble, a sanitation worker’s son, all through his boyhood.

Kamble’s maiden effort, Kastoori (The Musk), made in a dialect of Hindi and located in the environs in which the filmmaker was born and raised, has struck a chord with its unflinching, gritty take on the life of a Dalit boy grappling with grinding poverty and caste prejudice.

Says Kamble: “I had no inkling that I wanted to be a filmmaker, but the movies that I saw, most of them alone, piqued my curiosity about the medium.” As the wide-eyed boy saw more and more films, he was hooked for life. Though filmmaking still wasn’t a realistic career option, his mind was made up. He had to break the social shackles and venture forth into the world to find his own space.

Kamble took one step at a time. He acquired a degree in civil engineering and then appeared for the UPSC entrance examinations. After one such exam in Pune, he wrote a rough treatment of a film on the back of the question paper. “It gave me a high. Something inside me told me my place was elsewhere. That was the last academic exam of my life,” says Kamble, who joined a theatre group in 2014. There, he worked as a backstage hand for a year or two and picked up the ropes of storytelling. 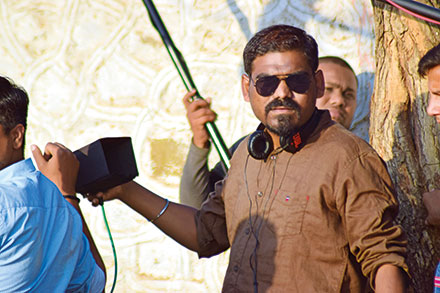 He attended a filmmaking workshop and made a four-minute short. His confidence grew as the film, Grahan, about a beggar scrounging for food in a heartless city, garnered some attention – and applause. He assisted director Amar Bharat Deokar on the Marathi film Mhorkya (The Leader), which won the National Award for best children’s film in 2017. It told the story of a marginalized shepherd boy determined to be the leader of his school parade.

Kamble’s second short was the critically acclaimed Post-Mortem, a 25-minute fiction film inspired by the life of a boy in Solapur, Sunny Chavan, who helps doctors cut up bodies for autopsies. Despite being an arts post-graduate, Sunny, who is now 25 years old, continues to do post-mortems. “He has done over 6,000 of them to date,” says Kamble. The protagonist of Kastoori, a 100-minute film that emerged out of the Post-Mortem screenplay, is part Sunny, part the filmmaker himself.

In Kastoori, the self-taught Kamble tells his own story fictionalized ever so slightly to drive home the complexities and repercussions of the caste system. The screenplay, jointly written by Kamble and Shivaji Karde, described by the director as “a friend and a poet”, is bound to shake the audience out of its complacence and make it squirm in discomfort. But Kastoori does not indulge in any angry, dramatic thrust and parry as it probes rural dynamics through the prism of caste.

The film revolves around a 14-year-old schoolboy, Gopinath Chavhan (Samarth Sonawane), who cleans latrines, performs post-mortems in a civil hospital and buries unclaimed bodies to fund his primary education. Gopi’s work not only places him at the receiving end of racist slurs from his classmates but also, inevitably, fills him with a sense of low self-esteem.

The boy desperately wants to rid himself of the stench of death and dirt that clings to his clothes. At a religious discourse that he attends with his grandmother, he learns of the mythic power of kastoori (musk) to drive away bad odour. 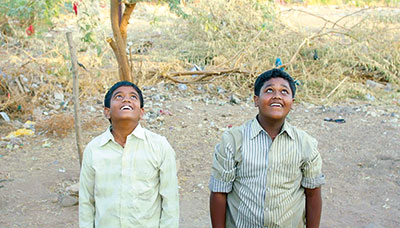 Adim and Gopi set out in search of kastoori or musk

With his best pal, Adim (Shravan Upalkar), a butcher’s son, Gopi plots ways to lay his hands on a vial of the fragrance that he believes can change his life. “Adim,” says Kamble, “has a bit of a very close Muslim friend that I had in school. He left the village after a few years but I still remember him fondly.”

The obstacles in Gopi’s way are numerous. His father is an alcoholic who loses his job in the local hospital for dereliction of duty. His mother believes that it is more important for Gopi to go to work than attend school. “Good marks won’t feed you, work will,” she says to her son as she tears his textbooks.

Gopi is a good student but he has to keep working because he needs the money to buy musk before the school's Republic Day celebrations, where he is due to receive a prize for writing the best Sanskrit essay. Adim keeps egging him on even as Gopi’s spirit flags.

The older males in the community work as manual scavengers. One of them, a cousin of Gopi’s, is nearly killed by noxious fumes when he descends into a drain: a fate that the boy is determined to avoid.

Kastoori is essentially a children’s film, but its theme lends it an urgent edge that cuts beyond the genre. It pulls no punches and stares at the horrors of the caste system in the face while employing the unblighted innocence of a young boy to underscore the daunting nature of the hurdles that Gopi and his community face.

“I shot Kastoori on real locations in my own village,” says Kamble. “Many of the places where we filmed are inextricably linked to my life.” Among them is a store where he used to sell discarded scrap for the money that he needed to buy movie tickets.

Kamble also credits his grandmother, now 90, with kindling his interest in cinema. “I’ve always been close to her. I would accompany her on her garbage-collection rounds. I saw my first ever film in a matinee show with her after we were done with our day’s work,” he reminisces. 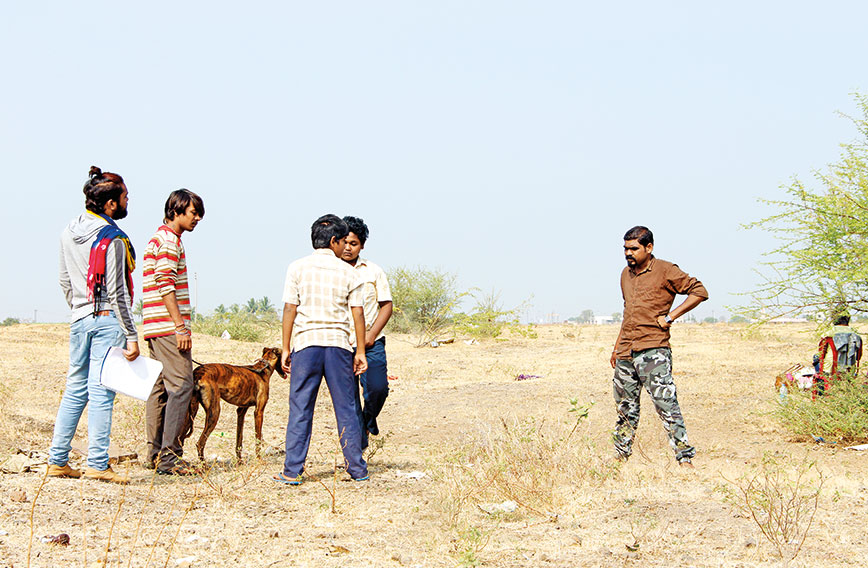 The Kastoori crew at work

The filmmaker is thankful for the complete creative freedom that the production company gave him. “It is rare for a first-time director like me to be allowed to function without interference,” he says. Kastoori has been produced by Insight Films, a company formed by eight women who are unrelated to cinema but have plans to bring untold stories to the big screen.

What’s next for Kamble? There are other stories from his life that remain to be told, he says. “My next film, which I am currently writing, is also drawn from the world of my own experiences,” he reveals. Does he believe that there is an audience out there for his kind of cinema? “I know Indian moviegoers do not usually want to see themselves on the big screen. They’d rather look away from reality. But we cannot give up the fight. We have to keep telling our stories. I am sure we’ll find our audience,” adds Kamble.