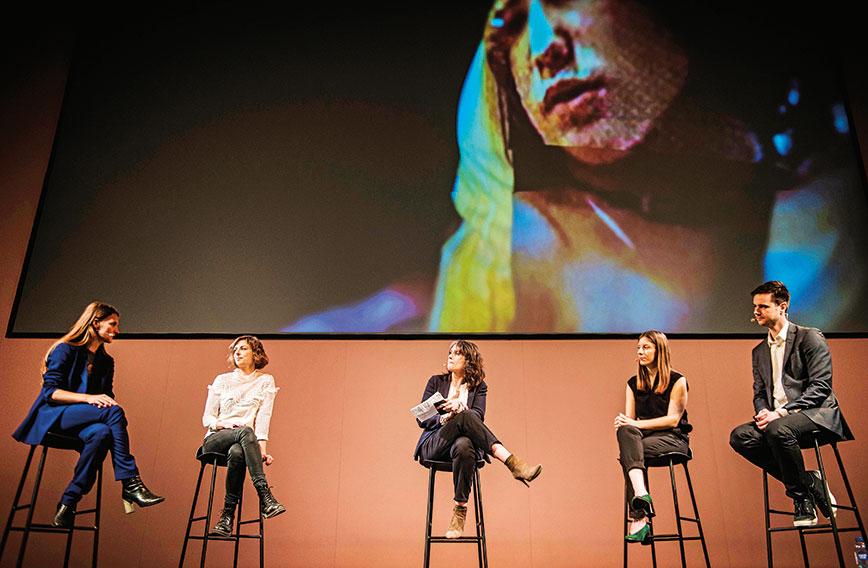 On a docu hunt? Check out 9 of the best festivals

The International Documentary Film Festival Amsterdam, the world’s premier event of its kind, screens hundreds of films and hosts a number of Q&As over a period of 12 days. The event has been held annually since 1988. In addition to a clutch of competitive sections, the festival includes several non-competitive sections, including Masters, which has films by the greats of documentary cinema, and Panorama, made up of new films that address urgent social and political themes. IDFA Amsterdam is currently headed by the Homs-born, Berlin-based Syrian filmmaker and human rights defender, Orwa Nyrabia. The 2021 edition of the festival is scheduled from November 17 to 28.

North America’s largest and most prestigious showcase of non-fiction cinema, the Hot Docs Canadian International Documentary Festival, is held every year in its primary home of Ted Rogers Cinema, Toronto. The 11-day festival screens carefully curated films from across the world each spring. Launched in 1993 by the Documentary Organisation of Canada, Hot Docs broke away from the founding outfit and became a separate entity in 1996. The festival’s mandate is to showcase and promote the best in documentary filmmaking coming out of Canada and from the rest of the world. The festival line-up includes Canadian and international competitions, besides many themed programmes. The latest edition of Hot Docs was held online from April 29 to May 9.

The well-regarded Visions du Reel (Visions of Reality) festival is held annually in the Swiss town of Nyon. It was founded in 1969 as a platform for Swiss documentaries and difficult-to-access films from the Eastern Bloc. After the fall of the Iron Curtain, Visions du Reel reinvented itself as a broad-based festival of films encompassing the entire world. The weeklong event, a part of Doc Alliance, a creative partnership between seven major European film festivals, adopted its current name in 1995. The 52nd edition of the festival, presented as a hybrid event, was held from April 15 to 25 this year.

Yet another member of the Doc Alliance, CPH:DOX, Copenhagen International Documentary Film Festival, is one of the biggest events of its kind in the world. Founded in 2003, the festival has been, for nearly two decades, introducing Danish audiences to documentaries from within the country and from across the world. It lays particular emphasis on experimental cinema and promotes films that push the boundaries of the medium in terms of both technique and substance. Held in a hybrid format, this year’s CPH:DOX ran from April 21 to May 12, with the final week of the festival devoted to in-person screenings in Danish theatres, which reopened on May 6.

Founded in 1978, the Cinema du Reel (Cinema of the Real) festival screens upwards of 200 documentary titles every year at the Pompidou Centre in Paris. Several other movie theatres in the French capital city partner with the festival, regarded as one of the most important events on the city’s cultural calendar. Now in its 43rd year, Cinema du Reel is a competitive festival that highlights documentary titles which challenge the traditional parameters of the non-fiction filmmaking form. The festival has an international competition section as well as an eclectic French selection. The latest Cinema du Reel took place online between March 12 and 21, 2021.

Founded in 1955, the International Leipzig Festival for Documentary and Animated Film is one of the oldest documentary film festivals in the world. It programmes films that favour innovative approaches over mere information dissemination. Like Visions du Reel and CPH:DOX, the German festival is part of the European Doc Alliance. In 1995, DOK Leipzig added to its programme a competition for animated films. One of the primary goals of the festival is to promote “the values of peace, tolerance, human dignity and freedom of expression”. In 2021, the weeklong festival is scheduled from October 25 to 31. The submission deadline for films is July 1, 2021.

One of Asia’s finest documentary film festivals, the biennial Yamagata event was first held in 1989. The Grand Prize of the festival, given to the best film in the international competition, is named after documentary cinema pioneer Robert Flaherty and his wife and collaborator Frances Flaherty. Apart from the international competition, Yamagata has sections called New Asian Currents and Perspectives Japan, among others. Its award for the best Asian film honours the memory of the Japanese documentary filmmaker Shinsuke Ogawa, who founded the festival and steered it until his death in 1992. Thanks to its global profile, the Yamagata festival is one of the most sought-after destinations for documentary filmmakers. The festival is due to be held this year from October 7 to 14.

The International Documentary Film Festival Munich, Dok.festMunchen in short, is organized annually in Munich. It was founded in 1985 by the Munich Documentary Filmmakers’ Association. It was focused initially on mould-breaking artistic documentaries before it widened its scope to include a range of non-fiction films with an eye on rivalling the top documentary festivals of the world. Last year, due to the pandemic, DOK.festMunchen was held exclusively online from May 6 to 24. Part of the proceeds went to its partner cinemas. The 2021 edition ran for 18 days from May 5 to 23, once again entirely online.

An international film and arts festival of global importance, Sheffield Doc/Fest is held “with a mission to spark imaginations and empower our capacity for change by celebrating, championing and debating documentary film and art as a collective form of engagement”. It celebrates both established names in the sphere of documentary film and new, emerging voices that articulate truths about the world we live in. Sheffield Doc/Fest classifies itself as “an internationalist and inclusive festival” and presents competitions and retrospective programmes from around the world with the purpose of providing its audience and the filmmakers it invites an opportunity to view contemporary realities through diverse prisms.