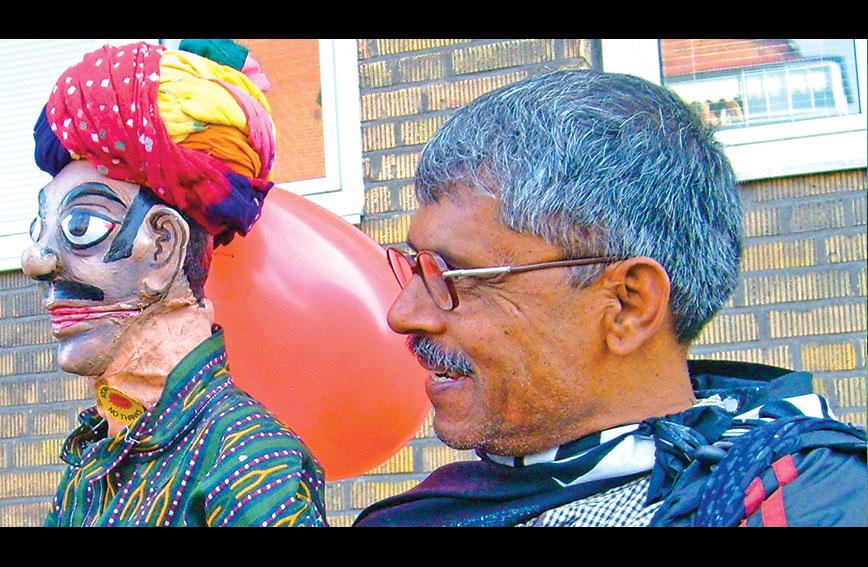 Puppets with wit and wisdom for a cause

Some of the most prominent social movements in recent times have seen the creative use of puppets. This is especially true of campaigns for the right to information (RTI) and the rural employment guarantee scheme. Many public meetings and protest dharnas were greatly enlivened by the interesting and lively presence of puppets.

The history of puppetry is an old one. Most traditional communities involved in this art, especially in Rajasthan, used only wooden puppets which were manipulated on stage or on the floor from behind a curtain or cot.

Traditional puppet artistes started getting new avenues for their skills when they were introduced to tourist circuits. An even bigger fan following emerged when some puppeteers started being approached by schools. Their puppets proved to be a hit with students.

However, by and large, these artistes continued with their old stories of kings and queens like the stories of Amar Singh Rathore. Sometimes new characters like Gulabo the dancer were included but within the old format of telling folk tales and stories. However, due to the introduction of puppets in schools some institutions like the Literacy House in Lucknow started feeling that new puppet characters, who could disseminate educational and social messages, needed to be introduced.

Thus was born the legendary puppet character, Jokhim Chacha. Created by S. Nathani of Literacy House, Jokhim Chacha was presented as an elderly person of wit and wisdom dressed in traditional Lucknow style whose words would be  remembered and relished as these were often laced with humour. A new trend of introducing puppet characters more conversant with contemporary themes followed. 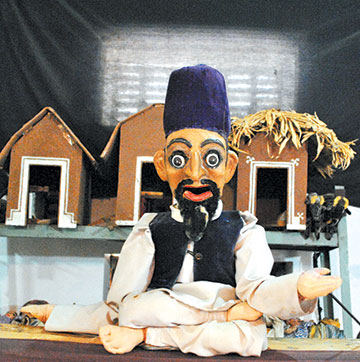 As communication trainees from all over India were being trained in Lucknow these new ideas about use of puppets for contemporary themes spread. A group in Tilonia’s Barefoot College in Rajasthan took Jokhim Chacha to more villages and performances than anyone else.

This group was particularly well equipped to take forward the new role of puppets. Its communication team had already been experimenting with puppets for messaging health, sanitation and related issues. This communication team  included members from traditional puppeteer communities like Chotuji and Ramlal. It also included well-known communicator and satirist Shankar Singh and Ram Niwas.

“It was important to introduce puppets which could be  used in more participative ways and which could be carried more easily from meeting to meeting and from village to village,” explained Ram Niwas.

The choice fell on glove puppets which could be worn on the hands and manipulated with the movement of fingers. These puppets were generally made with paper, old newspapers and sponge, unlike traditional wooden puppets.

The Barefoot College integrated puppets with its programmes on health, education, water and sanitation. Puppet performances in villages were oriented to suit local conditions. Recent events taking place in and around the village were incorporated giving a strong local flavour to the puppet show unlike say, a documentary film. The antics of puppets made it possible to include a lot of humour even in repetitive themes. Puppetry got a new lease of life.

There was also a lot of interaction with the audience in village shows which sometimes led to important changes in content. Punia Ram, a former member of the puppet team, gives an example. “ Most women liked a puppet show on problems created by liquor addiction among men for their families but objected strongly to the puppet show ending with a woman’s suicide as they felt that this could send out the wrong message unintentionally. A discussion took place which ended with the puppet team getting convinced about the need to change this sequence in future presentations.”

As the women’s empowerment programme is very important here several puppet shows emphasised the concerns of women. A popular puppet character was created in the form of Dhanno Bua, a paternal aunt who comments very freely on social issues.

Subsequently as the RTI campaign, led by the Mazdoor Kisan Shakti Sangathan (MKSS), picked up in Rajasthan, the communication and puppet teams of the Barefoot College decided to take the message of this campaign to many villages, meetings  and dharnas. As a founder-member of the MKSS, Shankar Singh decided to devout himself completely to the RTI campaign.

“The contribution which Shankar Singh made with his great communication skills to the RTI movement has been invaluable. He used puppets very creatively and innovatively. In fact, his use of puppets was one of the great lessons we  learnt of how to use  traditional media to spread awareness about people’s rights,” said Nikhil Dey, a leader of the MKSS.

This is true of not just the RTI movement but also of the rural employment guarantee movement which followed the RTI movement. Glove puppets were used with songs and slogans to enhance their impact.

Shankar Singh and his colleagues created a puppet character called Moofat or Mr. Outspoken who became hugely popular at meetings and dharnas. True to his name Mr Moofat’s fame spread far and wide as he spoke freely with wit and humour. He spoke the truth. On corruption, for instance, Moofat could say things  brazenly and yet appear innocently inoffensive. That is the power of puppetry.