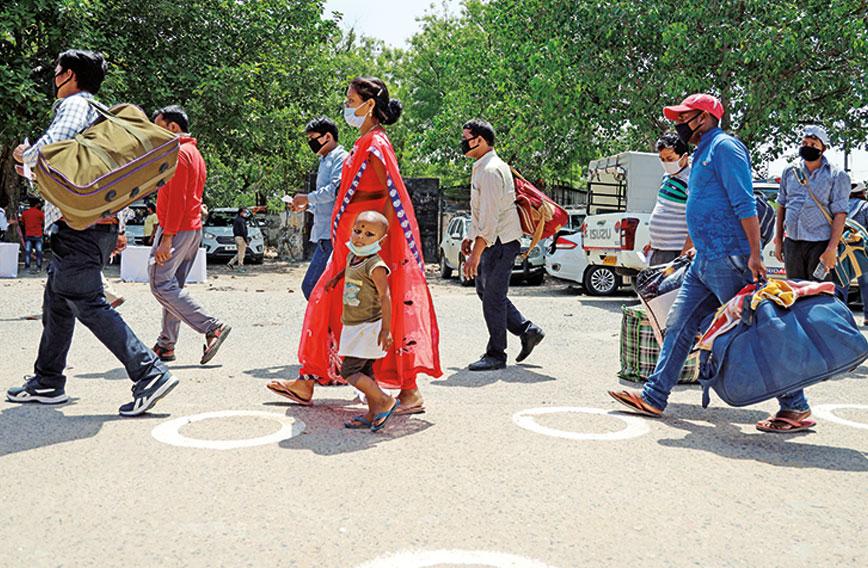 Virus taught us a lesson

THE COVID-19 crisis has shown us that crises have no borders or boundaries. They can happen anytime, anywhere and to any organization—profit, not-for-profit, public or private. This crisis has shown how vulnerable humankind is and how frightening and uncertain the future could be. It has shown us the fragility of the global economy and its political realities. It has shown us how interconnected the consequences are — a crisis affecting one organization can, among other things, cause lay-offs and move another towards bankruptcy. It has also shown us how we can cope with and endure such disasters. It has shown how leadership can or cannot work.

The coronavirus pandemic is not just a wakeup call for our health systems, our lives’ priorities or our economic model but a great opportunity to change the way things are and make this world a better place. And this can happen only if we are determined to learn from the crisis and not go back to business as usual once it subsides.

For several people, the lockdown has shown how the concept of time and managing it is truly relative. Apart from enabling one to recalibrate relationships at several levels, it has also shown that physical distancing doesn’t have to make one socially distant too. A friend, whose wife was in the hospital with Severe Acute Respiratory infection, mentioned how stressful the two weeks were. Apart from fear of the disease and its outcome, the episode showed to him how alone he felt in dealing with it by himself. Thinking about it brought questions of life, death and one’s own ability or inability to cope with illness and its aftermath.

We need to rethink our life choices and reassess what we have been treating as important till now. If money, power, prestige and social status were seen as important and necessary, the crisis taught us how none of these mattered when it came to the virus. It also brought out the innate goodness of humankind and ensured that thousands of vulnerable families were supported and taken care of during the crisis. It helped one understand the importance of work that we may have ignored earlier — that of the newspaper boy, the domestic help, the janitorial teams or the housekeeping personnel in our offices. It showed us how dependable our health personnel, police and other frontline workers are.

Apart from the larger question of how consumption patterns and lifestyle choices have shaped society, one heard anecdotes about how the Himalayas were visible from hundreds of kilometres away and how a pollution-free city felt or how roads suddenly appeared wider than one thought. It was also strange to hear the chirping of the birds and see clear blue skies in several large metropolises. What was evident was how ‘fear’ shaped our existence for several weeks and how the graded lifting of the lockdown brought out our civic indifference once again. Earlier one saw motorcyclists driving around with their helmets hanging from the handle bars. Now, one can see them going around with their face masks loosely draped around their necks with no concern for either themselves or those around them. As a physician, it did feel strange to think about how muted societal response all these years was to illnesses like tuberculosis, malaria or malnutrition that killed several thousand more than COVID-19 has. While empty streets are easy to relate to now, it seemed strange that we as a nation have not seen any crisis in nearly 400 people dying every day due to road traffic accidents before COVID-19 hit us.

Apart from how the crisis has affected us on a personal and societal level, we need to look at the lessons one can learn at the level of the State and how it is governed. Despite claims to the contrary, this crisis has shown how important and visible governments are today. Beyond the immediacy of the response, the dominance, capability and obligations of the State and its might have been there for all to see.

The crisis also brought about the visible hand of the national government despite health being a state subject and the COVID-19 crisis being a predominantly health one. The crisis showed how dependent the system is on the bureaucracy and its preparedness to deal with such a crisis. It showed how political leadership can be inspirational in a few states. It also demonstrated how the myopic thinking of a few chief ministers can be ruinous. It has also showed us how the State perceives its own citizens and its differential response depending on whether you’re migrant labour or an NRI.

It is sad that the response till date has been based on seeing the problem as an urban one with our cities being regarded as economic centres. The system’s focus on our formal economy and stimulating it with bailouts and packages stands in stark contrast to how the rural economy is seen and dealt with. While thousands of our worker class were treated as mere recipients of welfare during the crisis, it is saddening to note how they are seen as mere cogs in the wheel of an elitist economy. It is indeed shameful that several states are more concerned with kick-starting the economy rather than assuring the labourers a sense of dignity, security and freedom of choice.

Apart from several lessons at different levels, what is evident is the way our lifestyle and consumption decisions have affected the planet. Whether it is our eating habits exposing us to more zoonotic illnesses or levels of pollution correlating to higher death rates in the cities, this is the time for us to recalibrate and shift the narrative to how we are dealing with nature, the environment and climate. We need to appreciate that science and technology are not just tools to hasten our monopoly over other species but to be used wisely in ensuring the survival of all.

It is time for us to recognize that we have no exclusive right over the planet and we need to respectfully share it with all other living organisms. As we begin to refashion our future, we need to pay attention to the fact that several millions are outside the boundaries of a digital economy and ‘work from home’ is still an urban-centric solution. Future solutions should revolve around reducing inequities — whether social, economic, or related to health, education or technology — and could be a great leveller if used appropriately and sensitively.

While the world awaits the discovery of a vaccine or treatment for COVID-19, we need to keep our focus on ensuring a long-term, systems-driven, inclusive solution framework incorporating the planet, profits and all living organisms including people. This crisis does give hope that change is possible and it can happen fast too. What we now need to show is that the change can be reasonably permanent. And people and nations collectively can truly make this world a better place.