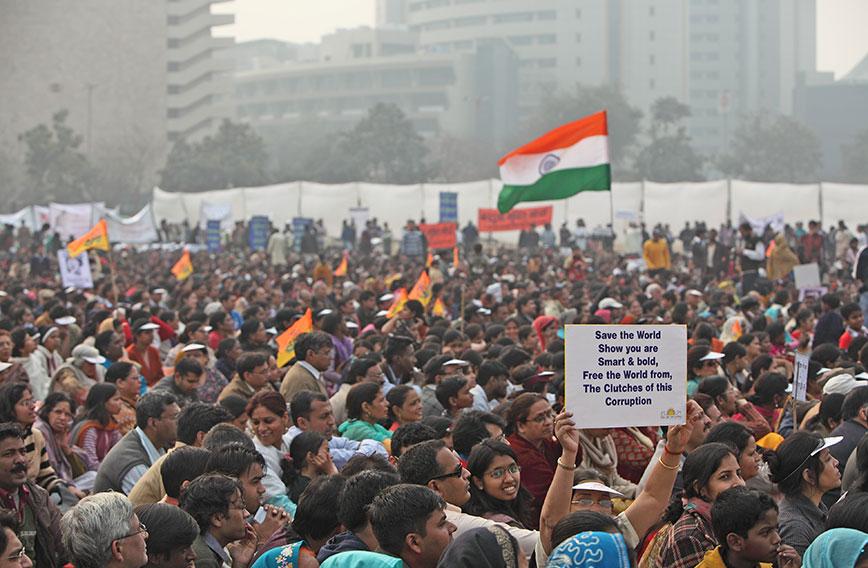 Imbued with the desire to enhance citizen engagement and take it beyond mere voting, I launched a programme called ‘Making Democracy Work’ in Mysuru and Kodagu districts during the assembly elections last year. As part of this month-long campaign, a team of around 20 of us visited the homes of as many people as we could in the assembly constituencies of the two districts.

The campaign focused on getting people to constructively and actively engage in the process of electoral democracy. We asked people to get registered as voters, go out on election day and cast their vote, identify suitable candidates and vote ‘smartly’. Finally, we requested them to engage with their elected representatives after the elections. We hoped to drive home the message of not being conned into selling their votes under any pretext. Neither money, nor caste, nor religion, nor gifts should influence them to vote for a candidate. This indeed calls for a shift in the attitudes of people and we were beginning to experience first-hand the challenges of getting citizens to engage.

On one occasion, we were visiting Saraswathipuram, a middle-class suburb in the city of Mysuru. We had just finished staging a street play communicating our key message and were winding up. I was speaking to a cluster of around 20 bystanders who had just witnessed our show. I urged them to actively involve themselves in the forthcoming elections. And I was wondering how we could mobilise these urban communities and goad them to act collectively on their own and in the nation’s interest. While a few conversed with us, many were indifferent and displayed their apathy quite openly. Getting them to talk to us or watch the street play itself was challenging.

We soon started moving to our next location outside a popular cinema hall. As I reached the spot I noticed a few people looking down from a building into a cellar below, excited and speaking animatedly. I walked over to see what was happening. A man was sprawled on the ground. The dormant physician in me awakened and I rushed to the motionless body.

A person watching from a floor above shouted out to me not to touch him. His logic was that the man could have fallen from above and the police should likely be awaited before anyone did anything. Ignoring him, I reached for his pulse and checked his pockets to see if he had a phone or an address I could locate. As I was trying to figure out what to do, I realised that a crowd of more than 500 people had gathered within five minutes.

Each person had a theory about what could have happened, but not one moved a finger to help. All I heard were comments on what I should be doing. Angry, frustrated and upset, I asked one of our team members to phone 108 for an ambulance and another to call the local police station. Once I was reasonably assured that the ambulance was on its way, I rushed on my scooter to the local police station. Reaching there, I was relieved to learn that the police had acted promptly and were on their way to the accident site. Later, I learnt that the man had been shifted to a nearby hospital.

I was struck by the turn of events and the inherent contradictions. On the one hand, we were trying to get people to engage and participate in a process in which they could not see any immediate results. All they could hope for was change in a murky and dirty political environment. I could relate to their apathy as indeed it seemed monumental and difficult to participate in something where the returns were neither immediate nor assured nor visible.

But, then, how does one explain how 500 people could gather in a few minutes and engage as mere spectators? I am unable to understand their severe collective inertia. Not one person wanted to do anything about something where we could see immediate results. We could clearly verify the person’s identity, inform his immediate family, shift him to a hospital, and call an ambulance or the local police. This is something that each one of us could do and get a response to our actions too.

So how does one explain this kind of non-engagement? How does one reconcile the attitude of our citizenry and their apathy to anything beyond the personal?  Will the collective consciousness of the Indian masses ever awaken? Will we ever get a leader or an ideology or a cause which can get us together? How can we explain the movement against corruption and the mass mobilisation that occurred a few years ago? Was that a mere aberration or a sign of the change waiting to happen?

I have also had several people tell me that they saw citizen engagement as an anti-establishment activity. One needs to recognise that citizen engagement is not about confrontation or expressing restlessness and dissatisfaction. It is more about collaborative partnerships and dialogue.  It is about inclusion, empowerment and is undoubtedly a political process.  And elections provide just the right recipe for beginning such an engagement but it cannot and should not end with that.

When one considers the indifference of citizens that has existed for many decades, this increased engagement during the elections is indeed welcome news. But we need to be pragmatic and take a measured view of the state of this engagement.

The State also needs to appreciate that citizen engagement, once evoked, can no longer be a mere political slogan or a tool to garner public support. Enlightened citizens will soon begin demanding good governance and participation as a matter of entitlement and the system needs to be prepared to respond suitably and sensitively. Otherwise, the outcome will be a society filled with disgruntled elements that will further marginalise the State and push it into chaos, irrelevance and confusion.