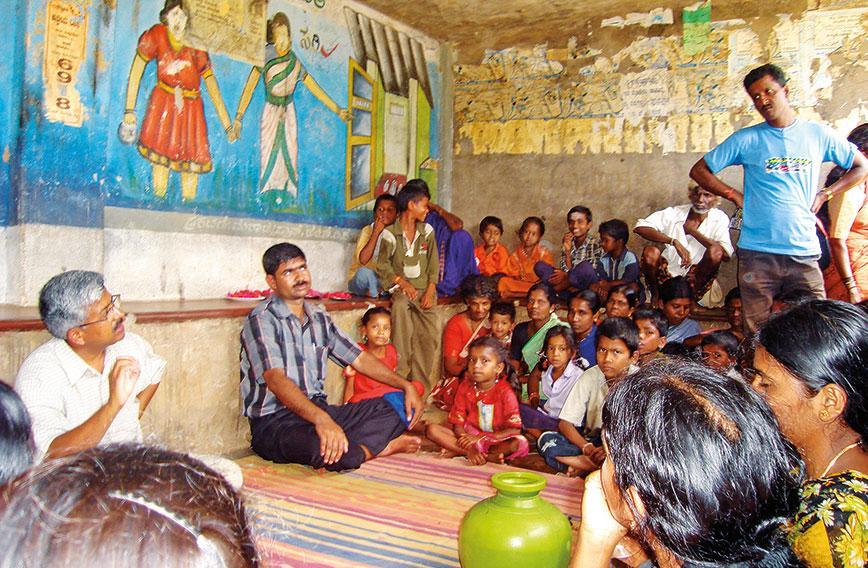 The value of team spirit

More than two decades ago, we petitioned the National Human Rights Commission (NHRC) on behalf of the indigenous tribals living on the fringes of the Bandipur National Park, on their improper rehabilitation. The tribals had suffered the problems of inappropriate and inadequate Resettlement and Rehabilitation (R&R) post the construction of the Kabini reservoir and the declaration of their forests as a National Park. Though these events happened in the 1960s and ’70s, no R&R of any sort had been undertaken and the tribals had been left to fend for themselves.

Outraged at this injustice, we had approached the NHRC after exhausting all other means of securing justice for them. As part of the investigations, the NHRC had appointed Sri Chamanlal, a distinguished former Indian Police officer, as the Special Rapporteur to inquire into our claims. He made repeated visits to the site and met several senior officers along with the tribal leaders. He tried to understand the sequence of events and what had happened over several decades.

During one of his hearings I got upset at the Forest Department of Karnataka’s defence. It claimed that the fact of tribals living in the forest when the government announced its intention of declaring a National Park at Bandipur was untrue and more a figment of my imagination. Unable to tolerate what I thought was an outrageous lie, I exploded at the officials present and gave them a piece of my mind in the harshest possible way. Things soon got heated and it looked like a free-for-all match with everyone ending up as losers, especially the tribals.

Thankfully, Chamanlalji put an end to this clash. He called a recess for all of us to cool down. During the break, he called me aside and gave me what I consider the most practical advice I have ever received. He patiently explained the role of the government and its officials as a critical component of a working democracy. He made me understand the relative permanence of the government and how nothing significant could be achieved by confronting the officials who represented the government. On the other hand, he insisted that only a fair and polite representation would get these officials to see what I was trying to explain.

He also informed me that a ‘holier than thou’ attitude, which most of us in civil society have, would not help the tribal cause. His advice, that I had no monopoly on ensuring justice for the marginalised, made me realise that the government and other democratic institutions too shared similar interests. His parting statement that day was, “One can bend the government, but remember that breaking it leaves one with no mechanism to ensure redressal of people’s grievances.”

Being passionate about a cause also leaves you blinded to other issues. This blind passion is indeed a strong instrument for initiating social change. But it can insulate you from understanding other perspectives. It also makes one believe that other stakeholders have their own personal agendas and that only we in civil society organisations understand people’s issues and are best suited to represent them.

Many decades ago, a few NGOs got together to sue a corporate entity that had built a resort inside a National Park. As an active participant in this struggle, I got convinced that all corporates are ruthless profiteers who have no intention of fulfilling the development aspirations of local people.

For years after that, I looked down on most corporates and their leaders as thievish manipulators whose single-minded intent was to enrich their bottom lines. It took me several enriching and constructive experiences to see how narrow and limited my initial view was. While there are several corporates that capture policy for their own private gains and make one feel disgusted, there are an equally large number who are serious and sincere about their intention to contribute to society and the nation.

Development cannot be any single player’s prerogative. While the Indian Constitution makes the State the predominant player, we must appreciate that there are several other key stakeholders who need to come together to make a real difference in people’s lives. The State has the primary mandate of initiating the well-being of its citizens. But this cannot and should not make citizens abdicate their role in their own development. An enlightened and engaged citizenry is as critical to the development of a nation as a responsive and transparent government. The State also creates regulatory processes that can inhibit or facilitate the growth of a vibrant private sector.

A socially conscious private sector with a clear focus on the triple bottom line of people, planet and profits, is crucial for promoting equitable development. With CSR becoming a part of the corporate storyline, the private sector will need support in understanding that development is not necessarily limited to compassionate philanthropy. Civil society groups need a supporting ecosystem. They are capable of reaching unreached areas and delivering innovative as well as cost-effective solutions to several developmental problems. They need the support of the government and corporates to continue undertaking community-centric development initiatives.

NGOs need physical, fiscal and the social space to operate — an ecosystem that only an understanding and secure State can provide. At the same time, NGOs too need to be respectful and sensitive to the different pressures that the State and corporates are subject to. They need to move away from holding on to close-minded, anti-establishment stances with the view that all efforts by governments are suspicious and condemnable. NGOs also need to be cautious about not ending up as mere government contractors moving from one project to the next.

Media too has started to play a role. One cannot discount the impact that it can have on the development narrative. While the challenge of dominant and powerful forces controlling the media is a reality, authentic development journalism too plays a role in shaping the views and opinions of other stakeholders in the development process. Academia needs to move away from their insulated positions and begin engaging with development practitioners and provide evidence-driven solutions that are grounded in sound theory and are applicable in the real world.

Human development is a complex and long-drawn process that requires resources and a variety of talent to ensure that it is equitable, fair, just and sustainable. We need to learn to work with others and begin by trusting them, their intent and their abilities. Today’s problems in areas such as social justice, education, international relations, healthcare, global warming, human rights, economic growth, businesses and gender issues are complex and require different skills to tackle them.

No single institution, be it the government, a corporation or a non-profit, can solve these problems in isolation. More than ever, one must integrate knowledge and talent from individuals, units, and organisations in the business, non-profit and government sectors to advance the common good of the communities that all of them serve. We need to build on the strengths of one another rather than focusing on and criticising everybody’s shortcomings.

Attaining the Sustainable Development Goals (SDG) targets by 2030 is possible only through a synergistic partnership of all major players of development. We need to work together without subsuming every sector’s unique individuality. No one sector can truly supplant the other. We must aspire to supplement each sector to bring about meaningful social change. This attitude takes courage, demands humility and is risky but rewarding. And this can happen only when all of us keep the interests of the communities paramount. n