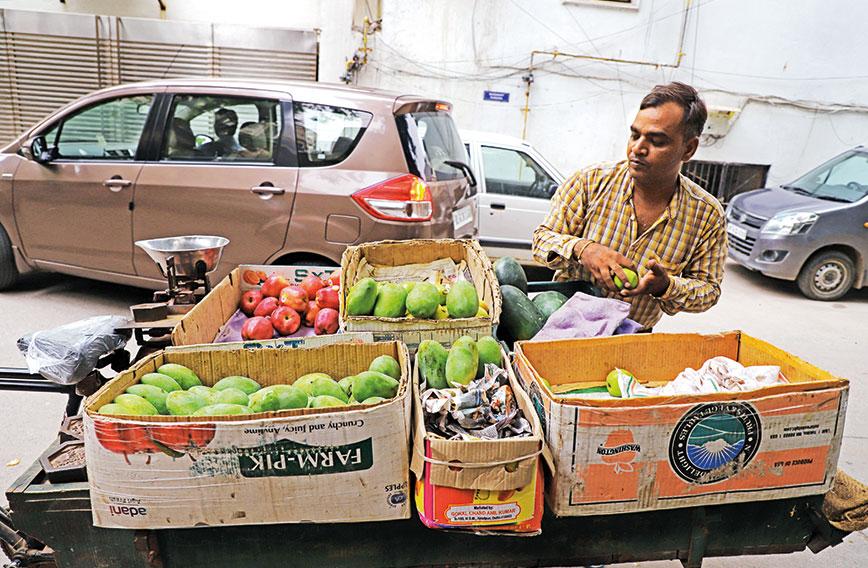 We live in a world where we see such degradation of human values and corruption all around that we now believe this is the only way to be and prosper.

A few days ago, I was buying mangoes from a street vendor. While he weighed the mangoes, the first thought that crossed my mind was, “Are his scales accurate? What if he tries to include a rotten mango in my selection of the fruit?” It was as though I expected to be cheated and wasn’t even willing to imagine that the fruit-seller could be an honest person.

How many times has each one of us wondered, when we get into an auto-rickshaw, if the meter has been tampered with or if the auto driver is out to fleece us? Why is it that we are no longer willing to believe that there are still plenty of good people around and that everyone is not waiting to swindle us?

A friend of mine once told me that she was returning home from office alone and the streets were dark as there was no power. She anxiously tried to phone her brother to ask him to pick her up from the bus stand where she had alighted. As she could not get through to him, she decided to walk home, nervously wondering whether someone would suddenly come up and snatch her chain or try something worse.

Noticing her fearful expression, a middle-aged person went up to her and offered to walk with her to her house. My friend’s first thought was that this person was up to some trick. But the person walked with her without striking up a conversation and made sure that she reached home safely. As she recounted the incident, my friend was embarrassed that she had suspected the intentions of this good samaritan.

What or who is responsible for this situation? Is the trust deficit culturally ingrained in Indians? Or is the social and economic stress of modern-day existence causing us to be wary of everyone we interact with? None of us pause to consider that our lives are now filled with negativism and that we are constantly reinforcing an environment of suspicion and mistrust. In the process, we have stopped seeing the good in ourselves and others.

What has happened to our society and the values that guide it? Can we learn from our indigenous friends and their traditional wisdom?

I remember an incident that occurred in 1988. We had just started a school for tribal children in Brahmagiri in a makeshift cowshed. Cooking and having lunch with the first batch of 28 children was great fun. Some of us would decide the menu, which unfailingly was ragi balls and sambhar, and a few of us would collect wood to fire our three-stone hearth. We would chop the small number of vegetables that we could lay our hands on. A few children would then make the cooked ragi flour into small balls. Some others would take on the responsibility of serving their friends and a couple of them had to clean up after the meal was over. All this took more time than the academic part of the work, but it was fun.

One day, it was seven-year-old Manju’s turn to roll the ragi balls. That day he brought along his younger sister, Sunanda, to school. The first thought that crossed my mind was, “Oh my God, another mouth to feed today!” I expected him to roll an extra ragi ball for her and was quite surprised when I saw him make only 28. This roused my curiosity and I started watching him keenly. All 28 plates were laid out. I saw him seat his sister next to him.  Slowly and surely, he broke his ragi ball into two and shared it with her.

After the meal, I took Manju aside and asked him why he had not made a 29th ball for his sister. With disarming innocence, this tribal child gave me an insight into the value system that these simple yet refined tribals possessed. He told me that his parents had gone to the local market to sell their bamboo ware. He wanted to make sure his sister was taken care of but he also did not want to miss school. He felt that it was his responsibility to feed her and he did not want his classmates to share his burden.

I realised that Manju was educating me. He was getting me to unlearn all the selfishness that I had grown up with. He was helping me understand that I needed to take responsibility for my actions and not transfer my burdens onto society, my family and friends. He was making me realise that there was a teacher in each person I met and in each event that occurred around me.

I could not stop my tears. Young Manju stood around bemused, trying to figure out what he had said that upset me so much! For him, it was just another day, that was the way he lived. His values came from his people, his culture and his family who lived in harmony with nature. There is so much that we can learn from around us and life would indeed be better if we did so.

Our family, school, environment and the people we live with shape our values. Our daily interactions and experiences constantly shape our behaviour and attitudes towards society and ourselves. We need to always remind ourselves that each one of us is born innately good and filled with humaneness. Education, experience and our daily interactions with people and society make us reactionary and wary of everyone.

What we need today is to change all this. We need to understand that ‘being good and doing good’ is the way we can change the present situation. Societal values are an aggregate of what each of us manifests and all that is needed is for us to change our attitude and perception of life. We need to bring back trust and love in our interactions. Then life would be worth living and we would not have to be wary of the man next to us.