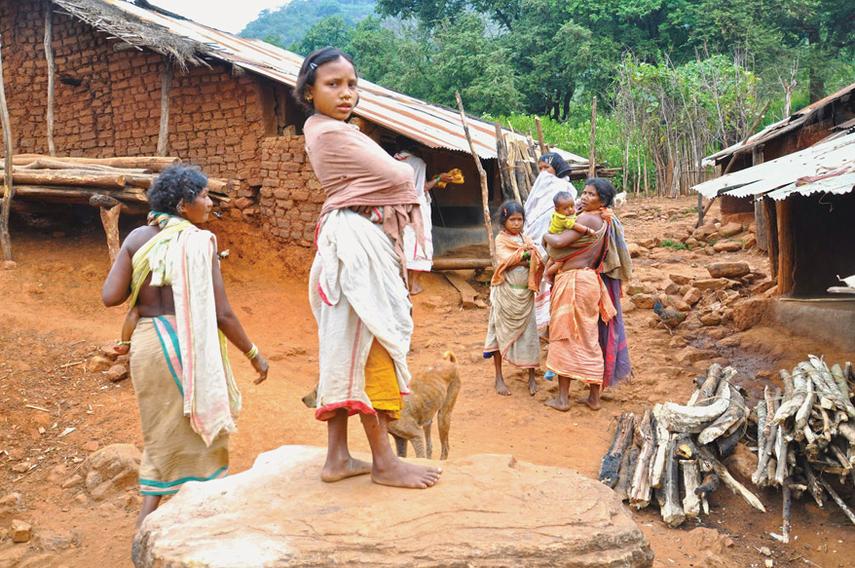 Niyamgiri is back in the news. That tired question, whether or not the bauxite deposits that lie underneath its forest should be mined, is being reiterated — once again. The Odisha government has gone back to court, saying the gram sabhas (village assemblies) in the area should be reconvened to consider whether mining can be carried out by the state-run Odisha Mining Corporation (OMC).

This hill range that spreads across the Rayagada and Kalahandi districts of Odisha became contested terrain sincemore than a decade. Once hidden from the public eye, Niyamgiri ironically became an international phenomenon when local perceptions of home, culture and nature clashed with state aspirations for growth and corporate interests in profit.

That was in 2004.  Much water has flowed through the Niyamgiri hills since then. The impressions of Niyamgiri have been shaped by international campaigns, expert committee reports, street protests, media narratives and the directives of the higher courts. Some actors might have changed, but many remain the same. Till such time as there is ore beneath Niyamgiri’s hills, the narrative might remain the same.

The first phase of action against the Niyamgiri hills had two stages. First was the fact that three cases before the Central Empowered Committee (CEC), set up as part of the Godavarman Bench hearing, related to forest violations. The allegations were that the company in question, Sterlite Industries, a subsidiary of the UK-registered Vedanta plc, had initiated the construction of a refinery downhill in Lanjigarh even though the permission for forest diversion for the mining component of the project had not been delivered. The raw material had to be dug out and transported via a conveyor belt from the hills down to the refinery.

Second was the subsequent and masterful delinking of the refinery from the mining process, so as to evade the illegality attached with its construction. The company managed to convince the CEC and the apex court that the refinery could be run without being dependent on Niyamgiri’s bauxite and hence the two projects were separate. It is a different matter that the project document and the Environment Impact Assessment (EIA) stated otherwise.

Lanjigarh’s refinery continued to be constructed while Niyamgiri’s future went on to be debated in the Supreme Court on both legal and ecological grounds. At the same time, the importance of this place had only begun to be revealed. Starting from it being the home of Niyam Raja, the creator of the Dongria Kondhs, the livelihoods and food cultures of several tribal communities, the presence of wildlife, the origins of water streams et al were repeatedly documented and presented through audio, video and written formats.

In 2007, following the debate over the CEC’s report, the Supreme Court said that Vedanta could not be allowed to carry out mining. This was primarily because some of its funders, including the Norwegian Council of Ethics, had withdrawn support on the grounds of its poor reputation regarding environment and human rights compliance. The court order, however, presented a solution: mining operations could be possible if Vedanta’s subsidiary, Sterlite, entered into a Special Purpose Vehicle (SPV) with the OMC.

A few months and a handful of expert committee meetings later, the SC reverted the decision to the Ministry of Environment and Forests (MoEF) to take a call on the matter “in accordance with law”. By now, what was in place is popularly known as the Forest Rights Act, 2006. The discourse that followed questioned the possibility of displacing the Dongria and Kutia Kondhs from the proposed mining area, even as their rights were yet to be recognised by the government. Executive orders in the form of circulars and guidelines, both from the MoEF as well as the tribal affairs ministry, emphatically stated that no legal diversion of forest land, as in the case of Niyamgiri, was to take place until the recognition of rights was completed. In 2010, based on the recommendations of its Forest Advisory Committee (FAC), the tribal affairs minister himself directed that forest diversion could not be approved in favour of mining in the Niyamgiri hills.

This decision was challenged before the Supreme Court by OMC and Vedanta, who claimed that the orders of the environment ministry were not “in accordance with law”, as directed by the SC in 2008. It is in this case that the 2013 judgment was passed by the SC, the outcome of which is now back in court. In the April 2013 judgment the SC had, in a very detailed set of observations, broadly concluded that cultural and religious rights form part of the forest rights of the people of the Niyamgiri hills.

Further, the judgment said: “Gram sabha has a role to play in safeguarding the customary and religious rights of the STs and other TFDs (Tribal Forest Dwellers) under the Forest Rights Act....” Following this, the court directed the government to place the issue of forest rights and related religious and cultural rights before the gram sabhas. Once this was done, the MoEF would take a final decision on whether or not to grant its final approval for mining. Mind you, this is the same approval that has already been rejected once. Twelve gram sabhas unanimously said no to mining when the matter was placed before them for consideration. Based on this, the MoEF said no to mining.

Zoom to 2016. The OMC is back before the Supreme Court. News reports indicate that the state-owned corporation has argued that, as per the FRA and other legislation like the Panchayat Extension to Scheduled Areas (PESA) Act, the gram sabhas had no powers to decide whether mining can be carried out in Niyamgiri. Other reports indicate that OMC wants gram sabhas to be reconvened because they believe that the verdict is likely to be different this time, especially because a government company would be carrying out the mining activity, and not Vedanta. The decision of the gram sabhas, they say, cannot be in perpetual force, and requires review.

The court’s verdict on this is awaited. But it is important to note that the MoEF denied permission for mining under the Forest Conservation Act (FCA). The Supreme Court had also directed the MoEF to take the final call. If OMC seeks to mine Niyamgiri again, it would need to fulfil the requirements for all environmental approvals again. It would be back to 2004 when the first set of legal challenges had raised several questions around ecological fragility, livelihood importance and the cultural significance of the Niyamgiri hills. The discourse was about all these issues, as well as about what is or should be legally acceptable.

Not everyone is likely to sit back, relax and enjoy the ‘fight’ until a court verdict is announced. Niyamgiri is once again back on the streets, in the courts and in writings such as this!