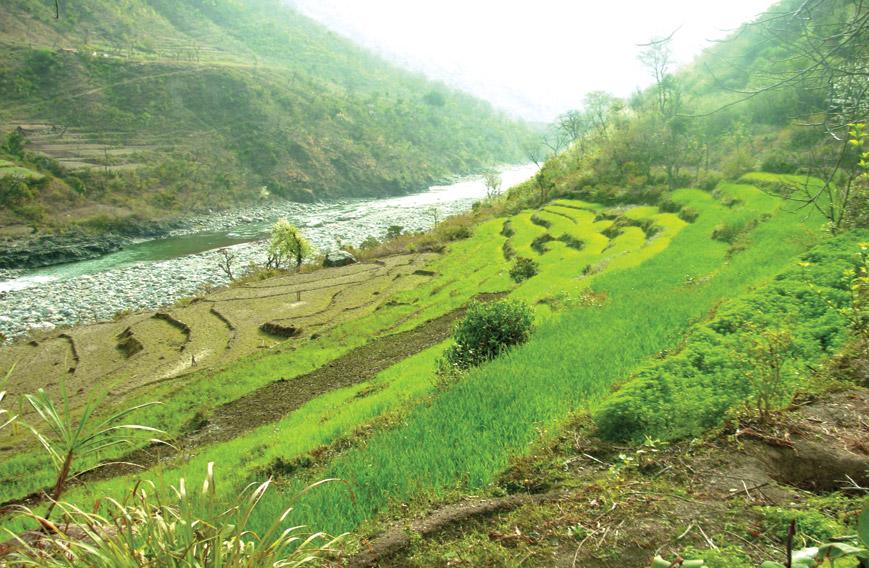 On 2 February, there were ecstatic news reports about how the latest decision of the National Green Tribunal (NGT) would end the National Capital Region’s water woes. The tribunal had refused to revoke the environmental clearance for the 40MW water storage dam on the Giri river in Himachal Pradesh. Known as the Renuka Hydro-Power Project, it is meant to be a storage scheme to harness the monsoon discharge of the river for augmentation of drinking water supply for the NCR. The agreement was signed way back in 1994.

The debate about Delhi’s increasing water footprint, its rightful claim to the Giri river as it “ultimately” flows into the Yamuna and the impacts of the construction of the dam in Himachal Pradesh are critical. But this article focuses on some key observations in the NGT’s judgment which have a bearing on environmental decision-making in India.

To some the decision might come as a surprise, and others might perceive it as a routine narrative of environmental good versus national interest. According to the contentions of the petitioners recorded in the judgment, 37 villages with 740 families are likely to be directly displaced by the construction of the project.

The environmental clearance under the Environment Impact Assessment (EIA) Notification, 2006 was granted on 23 October 2009. Soon after, the environment clearance was challenged by Durga Ram Sharma, who would be directly affected by the construction of the dam. The appeal was transferred to the NGT when the erstwhile National Environment Appellate Authority (NEAA) gave way to this new tribunal in October 2010. A final decision was finally delivered on 2 February.

The project proponent, Himachal Pradesh Project Corporation Limited, during the proceedings pushed the point that all due legal procedures were followed and measures have been taken to minimise and mitigate impacts. But, more critically, it emphasised that “the project has been declared ‘a project of national importance’ by the Government of India”.  This proclamation has had a critical bearing on the final judgment, which despite admitting the irregularities has allowed for the environmental clearance to be upheld. The project authorities have also argued that huge investments have already been made and expenditure incurred in the execution of the project. More delay, they say, will cause irreparable loss.

On the other hand, the petitioner and his lawyers, Ritwick Dutta and Rahul Chaudhary, argued that the project was both procedurally flawed and socio-ecologically damaging. Critical aspects such as downstream impacts of the dam had not been addressed through the EIA report. But their submissions brought out yet another interesting facet. It was highlighted that there was huge discrepancy in the land area required for the project. The judgment, on page 13, records that while the EIA report states it to be 1,560 ha, and the environmental clearance 1,477.78 ha, the project proponent submitted before the NGT that the land required is 2,239 ha. The petitioner pressed that false and misleading data such as the above should make the project liable for rejection and not approval.  The EIA notification legally allows for this.

Another aspect of the legal challenges around the Renuka project involves the Public Interest Litigations (PILs) before the Himachal Pradesh High Court. The Chief Justice accepted a series of letters received to stay land acquisition proceedings of the project as PILs. One contention made in these letters was that since there was no permission to divert forest land being used for the project construction, land acquisition of the remaining non-forest land required should also not be allowed.

The final judgment of the NGT is of the ‘balancing juggernaut’ that decision-making authorities, both the executive and the judiciary, are pushed to engage in each day. The 2 February decision of Chairperson Swatantra Kumar’s bench concludes, “It is seen from the records that there has been inconsistent and contradictory disclosure of the land requirement for the project from the stage of submission of the application for ToR, to the stage of granting of the environment clearance”. After a detailed analysis of why this discrepancy exists the judgment concludes, “In such circumstances, it can only be found that the appraisal of the project was not sufficient.”

Such an observation upholding the contentions of the appellant clearly warrants that the environmental clearance be quashed. But here is the twist. The PILs around land acquisition, which were being heard in the Himachal Pradesh High Court, finally landed up before the Supreme Court. In its judgment the SC, while recognising the national importance of the project and its service to the water requirements of Delhi, concluded that “all that we need say is that the project cannot be allowed to be killed by any kind of apathy or indifference nor can land owners be made to suffer for no fault of theirs”.

This aspect had a bearing on the decision of the NGT as well. The Chairperson’s bench concluded that the environmental clearance in question would not be quashed in the light of the national interest of the project and the amount already spent.  The final judgment, however, takes cognisance of “the principle of sustainable development” and while giving regard to the protection of the environment, issues directions to ensure that irreversible damage and degradation of the environment are not permitted. A committee is now to be set up to look into whether the safeguards in place are adequate and what needs to be bolstered. This process is to take four months before it reports back to the NGT.

The NGT also concludes that the state government can acquire land, even though the diversion for the use of forest land is not in place. Given that the environmental clearance has not been revoked in national interest and that land acquisition is also underway, there remains little doubt that forest-related approvals will not come through. Dutta, the counsel who argued the case on behalf of the appellant, continues to question, “When the project approval is itself based on such faulty data, it lends itself to a deeper enquiry on how it is in national interest”.

Meanwhile, a consumptive and parched New Delhi can continue to celebrate.